Battle between 50 bps or 25 bps RBI repo rate hike; will India see any change in rates in this monetary policy meet? 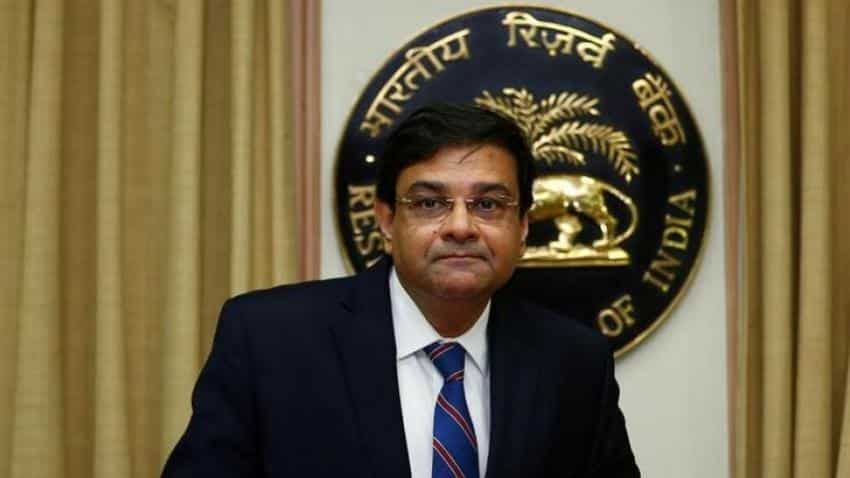 All eyes are now set on the Reserve Bank of India (RBI), which will be announcing India’s second bi-monthly monetary policy for fiscal year FY19. RBI is an inflation trajectory central bank, and every decision on policy repo rate usually surrounds it. However, this indicator has been very buoyant since start of 2018, which has forced RBI to increase the target for CPI inflation. The central bank has been maintaining a neutral stance along with status quo since past four monetary policy meets. Now the tables have turned for RBI, because this status quo has taken away the room for any rate cut and despite India’s economy improving there are risks and challenges that weigh on the central bank, which can force them to take a rate hike call on n repo rate.

Till 1st monetary policy review meeting of RBI on April 05, 2018, many analysts and economists have been talking about either a rate cut or a pause.

However, their projection changed when after 1st MPC minutes of meeting started showing signs of a bent towards a rate hike.

Viral Acharya, Deputy Governor of the RBI, said, “I am, however, likely to shift decisively to vote for a beginning of withdrawal of accommodation in the next MPC meeting in June.”

Even RBI Governor’s statement in the post policy press meet is quite contrary to the above statement. He reiterated that any decision on rate hike would be taken with prudence and patience. In the minutes also he said, “I would like to wait for more data and watch how various risks to inflation evolve, going forward.”

So one thing is for sure rate hike is on cards, but when that’s the real questions, can it be done this policy or upcoming ones.

Firstly CPI inflation is expected to inch further, while core inflation to remain a cause of concern to RBI.

Interestingly, Kapil Gupta, Prateek Parekh and Akshay Gattani analysts at Edelweiss Financial Services said, “We think that the rise in core inflation has less to do with return of pricing power with corporate than with the low base of last year (Oct 2017‐March 2018) due to DeMon. We also believe that while growth is improving, it should be seen more as normalisation from disruption and low base associated with GST/DeMon.”

In May ’18, CPI headline and core inflation is expected to print 5% and 6.2% respectively.

Rising crude oil prices would be second to tie hands of RBI. Oil prices are currently trading at elevated levels due to geo-political factors. The RBI’s baseline scenario for FY19 assumes crude oil prices at $68/barrel.

The central bank’s assessment notes that if oil prices average $78/barrel during the year (which is close to current level), inflation could be higher by 30 bps.

Suvodeep Rakshit, Madhavi Arora and Upasna Bhardwaj analysts at Kotak Institutional Equities said, “While prices have corrected off-late on the back of a possible supply increase by Russia and Saudi Arabia, it remains higher than our initial FY2019E assumption of US$65/bbl (Brent). Our Energy team has revised the FY2019E/FY2020E crude price assumption to US$72.5/67.5 versus US$65/65 earlier.”

Thirdly would the MSP hikes that would get on nerves of RBI in deciding inflation target.

As promised in Union Budget FY19, the government is likely to announce higher MSPs (1.5x cost of production) for kharif crops soon.

Deodhar added, “As our previous analysis showed, the proposed new formula in MSP is likely to push up inflation by 70-80 bps.”

Further the recent INR weakness (down 3.5% in FYTD19 against USD) may further prod the RBI to tighten its stance, taking cues from some EM central banks (Turkey, Indonesia).

Therefore, all the aforementioned factors suggest that an inflation-targeting central bank has enough reasons to hike rates.

Deodhar says, “Although our base case assumes 25 bps hike in the upcoming policy, the MPC may decide to wait for clarity on certain key factors like the extent of MSP hikes and progress of monsoon. If the committee decides to hold rates this time, the chances of hike in Aug ’18 review are very high in our opinion.”

The trio at Kotak said, “ We pencil in 50 bps of rate hike (August and October) and expect June policy to strongly signal the same. However if MSP increases are in line with recent trends, RBI could have some space to maintain status quo.”

Similar views were from analysts at Edelweiss and Phillip Capital, that RBI may leave rate unchanged this June 06 policy and follow a rate hike between 25 bps to 50 bps in August to October policy meet.

But one should remember, RBI has taken a three-day meet for the first time in deciding the monetary policy of India, one can surely expect a surprise this time.

Dr. Michael Patra member of MPC is likely to opt for a 50 basis point hike. He had shown his intention of hike in last policy itself surrounding pressure in inflation data.

Sumedha DasGupta analysts at ICICI Bank says, “ We believe there is a sufficiently high probability of the Central Bank raising the Repo rate by 25 bps to 6.25% at this meeting itself, as inflation concerns have risen and growth worries are on the ebb. The tone of the MPC is likely to be significantly hawkish in light of recent global developments such as the spike in crude oil prices.”

Hence, what would be outcome of this monetary policy meet would be keenly watched and how does market and banking sector reacts to RBI’s decision as well.

Currently, RBI repo rate stands at 6%. Consequently, the reverse repo rate under the LAF remains at 5.75%, and the marginal standing facility (MSF) rate and the bank rate at 6.25%.