Here are the top points from her address in the Upper House of Parliament:- 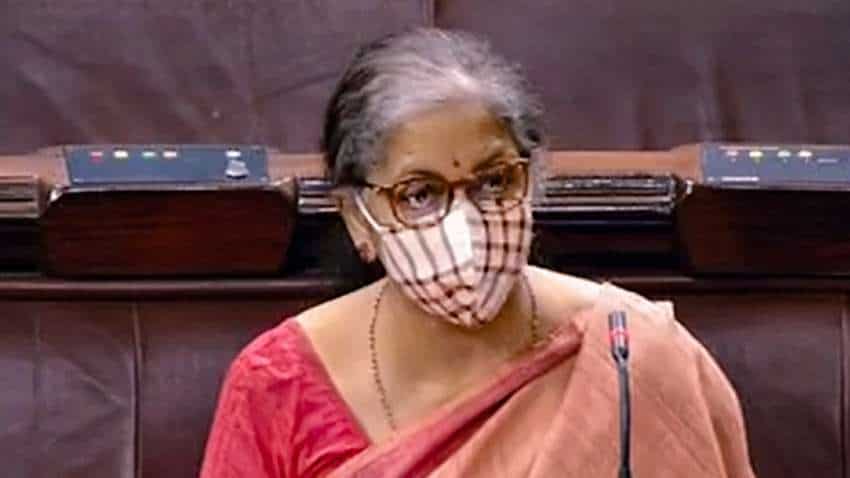 Union Finance Minister Nirmala Sitharaman speaking in the Rajya Sabha during the ongoing Monsoon Session of Parliament said that amendments in banking regulation act are being introduced to protect the interest of depositors of cooperative banks. Here are the top points from her address in the Upper House of Parliament:-

-Insurance cover has also been enhanced to protect depositors interest

-Cooperative banks can be restructured in place of moratorium

- Till today PMC bank solutions are not emerging unlike Yes Bank

- State cooperative laws are not being touched through these amendments

Finance Minister Nirmala Sitharaman on Monday had said that any company, whether it is big, medium small, micro or nano, is important for the country. Saying that "my friends are the companies", she said under the Companies Act, even MSMEs are registered and anybody who is registered under this act and if, unfortunately, comes for a liquidation, has to have a solution.

"Your friend, my friend does not matter. All are friends of this country. Unless business is run by small, medium or big, that kind of a job which we are talking about will not happen. So, solution is required for everybody," the Minister told the Lok Sabha while pushing for the passage of the Insolvency and Bankruptcy Code (Second Amendment) Bill, 2020.

The Bill, which was passed by the Rajya Sabha on Saturday, was later passed by the house. It seeks to amend the Insolvency and Bankruptcy Code, 2016 and replaces the Insolvency and Bankruptcy Code (Amendment) Ordinance, 2020 which was promulgated by the President on June 5 this year. The ordinance had prohibited the initiation of insolvency proceedings for defaults arising during the six months from March 25 this year (extendable up to one year).

Simply put, no insolvency proceedings can be initiated by either the corporate debtor or any of its creditors for defaults arising during this six-month period beginning March 25.

The measure came in response to the Covid-19 pandemic, which had created uncertainty and stress for businesses for reasons beyond their control. It was also felt that during the Covid-19-induced lockdown, it may be difficult to find an adequate number of resolution applicants to rescue the corporate debtor who may default in discharging their debt.

Sitharaman said this is among one of those Bills, now an act, which come very quickly each time when the ground situation required changes, so that this becomes a robust law. Giving detailed reason behind the amendment, the Minister said the need of such ordinance has never been contextual in last 100 years. "Such kind of atmosphere cannot be in the coming 100 years too." Indicating Covid-19, the Minister said the dimension and the scale of the pandemic was obvious and "therefore, we had to come up with an ordinance which clearly suspended the application of three sections --7,9 and 10 -- of the Insolvency and Bankruptcy Code.

"We had to prevent any company which is experiencing distress because of the Covid getting over being pushed into the insolvency proceedings. And therefore we had to suspend these sections." The Minister said the whole approach that the government has taken is to immediately help them with some relief, then look at the way in which the second phase can go on.  She said this Bill is the part of the second approach. And the third phase, Sitharaman said, is which they could have some kind of resolution mechanism for those who are not able to survive and the hand holding in particular incidences.