Tackling human resources issues will be the largest challenge while merging Dena Bank and Vijaya Bank with Bank of Baroda (BoB). But the over 50,000 employees of the bank owe their allegiance to their managing director and chief executive officer P S Jayakumar for implementing employee-friendly HR policies. 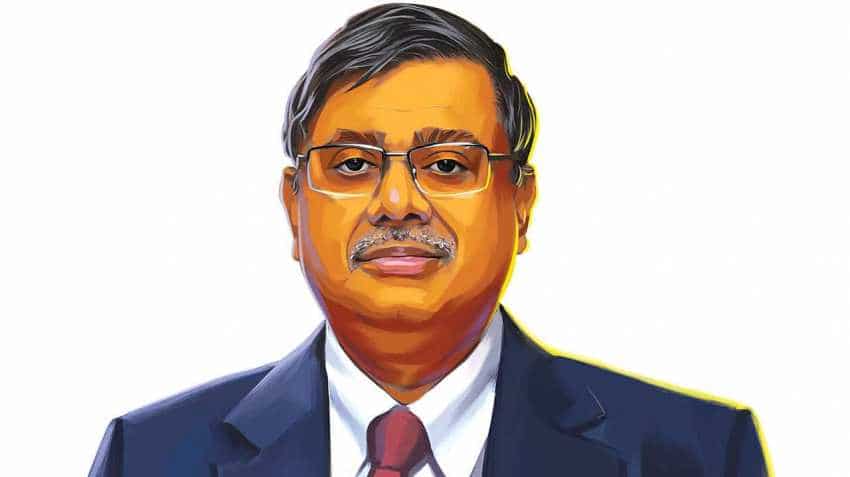 We expect to maintain the growth momentum by ensuring that the merger processes are handled by specialised and dedicated teams: PS Jayakumar. Image source: DNA
Written By: Manju AB
RELATED NEWS

Tackling human resources issues will be the largest challenge while merging Dena Bank and Vijaya Bank with Bank of Baroda (BoB). But the over 50,000 employees of the bank owe their allegiance to their managing director and chief executive officer P S Jayakumar for implementing employee-friendly HR policies. In an interview, Jayakumar tells Manju AB how he plans to complete the merger process in six months, an ambitious target considering the cultural differences and geographical spread of the banks.

So Vijaya and Dena Bank were the best fit for Bank of Baroda?
Yes, it gives the combined vehicle a lot of advantages like strengthening the distribution network and the markets we operate in. For the customers, they get a broader set of products. BoB has got supply chain management, wealth management, cash management programmes. It has also got a global presence. Similarly, the more number of branches will help these businesses. So there is complementarity in the merger. The aggregate ratios that we have got remain undisturbed as far as the gross numbers are concerned. What this means is that if BoB was to continue as an institution, the growth opportunities that a customer would have had will be similar even after the merger.

You already had a plan for growth at BoB. Won’t that get derailed?
That is a worry with any merger. But the management distraction needs to be managed. The positive thing is that now Dena Bank also has a managing director during this period leading to the merger. Even our executive directors who have retired have got successors. So it may be possible to continue to keep the growth momentum and focus on the merger at the same time. Once we see one quarter, then there will be a lot more confidence in this statement.

What do you foresee as the biggest challenge?
In all schemes of amalgamation, the two things that stand out are the human resources integration and technology integration. The other challenge lies in framing a revised growth strategy. The amalgamation opportunity should bring in best practices. It is not necessarily an easy thing to do.

Will fitting in over 80,000 employees of all three banks in the new structure be a challenge?
We need to work out an integrated HR plan. The compensations are reasonably aligned with minor differences, which may be equalised. Being a bigger bank, many opportunities will open up. Employees in Dena and Vijaya will have opportunities to work in overseas markets. We get an opportunity to go to southern markets where we are not present. The geographical expansion will give opportunities to relocate.

But there will be a big overlap of Dena and BoB branches.
More than rationalising, we will see if we can move the overlapping branches to areas where we are underrepresented. It gives us an opportunity to redistribute the branches so that our market share is better and optimum distribution of our branches happens. Relocation is going to happen if branches exist with common pin code. Shutting down of branches does not look like a possibility at the outset. BoB has 550 branches in Maharashtra; the combined entity will have in excess of 1,000 branches. So will be the case in various geographies.

Growth, cleaning up of balance-sheet and merger. Your cup is brimming.
We expect to maintain the growth momentum by ensuring that the merger processes are handled by specialised and dedicated teams. Normally, at such times, steering committees with select employees are carved out. Admittedly, senior management has to pay attention to it. But it is possible that a fewer number of people will be disturbed and the bulk of the people will focus on the growth of the bank. So in a 54,000 staff at BoB, it should be possible to set aside 300 to 500 people.

Steering committees will have employees of other banks also?
Normally, it will be an inclusive committee that will bring in the ability to make decisions and work in the best interest of all.

So how will the top management of the merged entity look?
It is a little early to discuss that. But in the near term, the organisational structures and management structures of all the three banks will remain exactly the same.

How long will you take to complete the merger?
We are looking at a six-month horizon. From April 2019, we should be able to start as a merged entity. It is always good to close everything by the end of the financial year. The scheme of amalgamation has to be tabled in both the houses of the parliament with a reasonable amount of detail on the processes. We think that the winter session would be ideal.

BoB turned profitable in the first quarter of this fiscal. Will profits be impacted due to the merger?
Between now and March, the reports of each of the banks will be published independently. We retain our guidance that we remain positive on growth and profitability. We should see a single-digit return on equity at the end of this year.

The combined entity will have Rs 85,000 crore of non-performing assets (NPAs).
Dena’s problem is that if the balance-sheet does not grow, it is a challenge. The NPA numbers overlay the fact that the recovery cycle has begun to unfold. The coverage ratios are also fairly high. We are expecting to return to normalcy in the next fiscal unless there are some surprises we don’t know.

Have you reached out to your partner banks?
Now we are working on information in the public domain only. When the due diligence is being carried out, we will get a greater degree of clarity on the accounting policies. The accounting rules will have to converge. I don’t know whether it will be for good or for the worse, but we will have to do it.

Sometimes, do you rue the fact that the NPA problem is essentially a legacy problem and now you have to deal with it?
I am working hard to see that my successor does not have any problems. There were project delays due to the economic downturn. There have not been good decisions on credit, with bullish expectations from certain projects. At that time, when I came, there was no way I could have said that some accounts could have gone bad. Automation completed; processes strengthened; the consciousness of the customers to repay is strong with the IBC (Insolvency and Bankruptcy Code) in place. We have significantly controlled the lending environment by centralising a lot of functions. The operating environment is improving - take the road projects; the land and approvals come before the loan is sanctioned. So we have de-risked ourselves in a way.