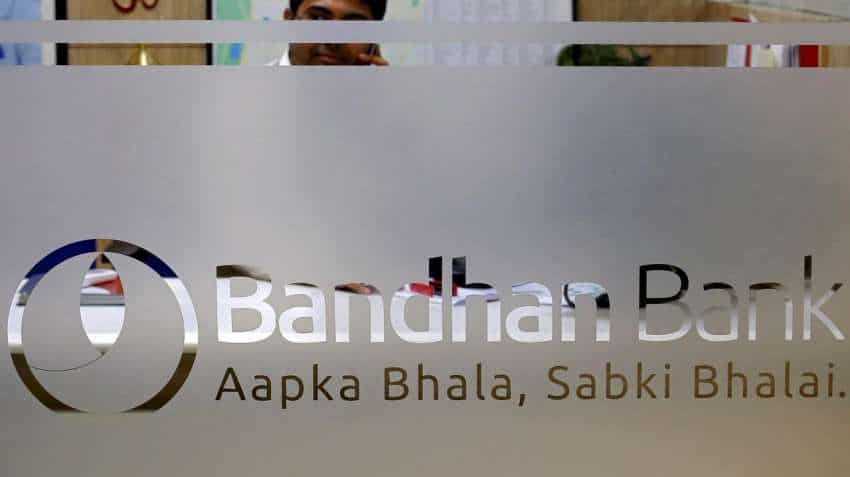 On the BSE, the stock gained 4.8 per cent to trade at Rs 423.25. Photo:Reuters
Written By: PTI
RELATED NEWS

In September 2018, the central bank had barred Bandhan Bank from expanding its network as the lender failed to reduce the promoters' stake to 40 per cent from close to 82 per cent within the stipulated three-year time frame of commencing operations.

The Reserve Bank of India (RBI) on Tuesday allowed Bandhan Bank to expand its branch network after considering the efforts made by the private lender to comply with the licensing conditions.

The bank said RBI has lifted the regulatory restriction on branch opening, subject to the condition that the bank ensures that at least 25 per cent of the total number of banking outlets opened during a financial year are opened in un-banked rural centres, it added.