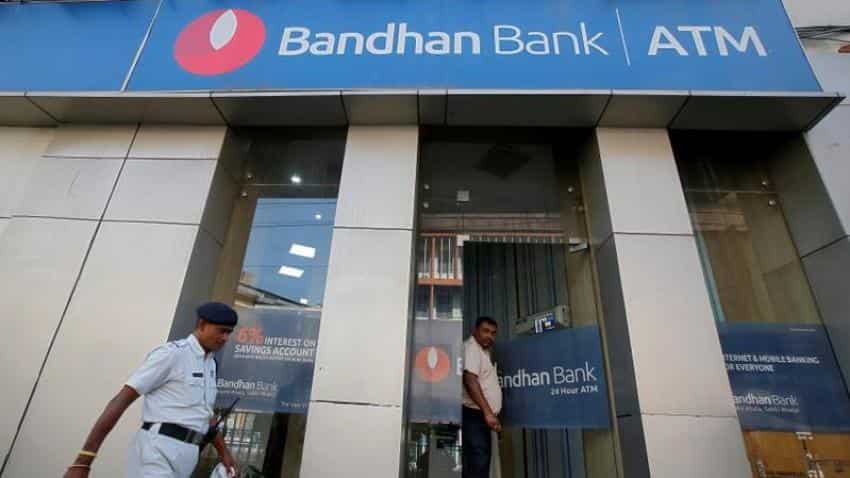 Bandhan Bank share price, on the first day of listing after its IPO, turned more valuable than all public sector banks (barring SBI), following a stellar debut on Dalal Street. The Kolkata-based bank also surpassed the market capitalisation of some private sector players such as RBL Bank, ING Vysya Bank, Federal Bank and IDFC Bank, becoming the eighth largest bank in India in terms of market value. The newly-licensed commercial bank listed at Rs 499 on NSE, a 33 per cent premium against its issue price of Rs 375. On BSE the stock listed at Rs 485, and settled the day 27 per cent higher at Rs 477. At this price, Bandhan Bank quoted a market capitalisation of 56878.9 crore on the NSE, data available with database INSIGHT showed.

Even after a bumper listing, and rich valuations against its peers, analysts are bullish on Bandhan Bank and recommended holding the stock for the long-term.

"If you have already received Bandhan Bank shares, you should hold it. But investors, willing to buy at these levels, should wait for the stock to settle down first before taking a plunge," told Prasanth Prabhakaran, Senior President & CEO, YES Securities to Zee Business.

"IPO market is driven by both high-networth individuals and retail investors. HNIs' leverage is usually high that comes in for selling for three-four days after listing of the stock. So, once the stock settles down, finds its base price and can be compared with its peers, only then, investors should take a call on freshly listed Bandhan Bank," he added.

At upper-end of the IPO price band, Bandhan Bank IPO is valued at 8.3 times its Q3FY18 book value (pre-IPO) and on Post dilution basis at 5 times of its book value (BV), pointed out brokerage Angel Broking in its pre-IPO note.

"Though valuations are on the higher side, we expect such premium valuations to persist given (a) healthy return ratio (25 per cent+ RoE for FY17 and 9MFY18), (b) balance sheet strength (24.8% CAR ratio, CASA - 33.2 per cent) and (c) experienced and focused management," the brokerage added.

Considering the above positives, Angel Broking had recommend 'subscribe' on the issue.

Bandhan Bank IPO, the biggest ever by a bank in India, was oversubscribed by 14.6 times.