Axis Bank in Q2FY18 result disappointed analysts by reporting net profit of Rs 432 crore. A Bloomberg poll of analysts projected PAT (profit after tax) of Axis Bank to be at Rs 1,320 crore this Q2. 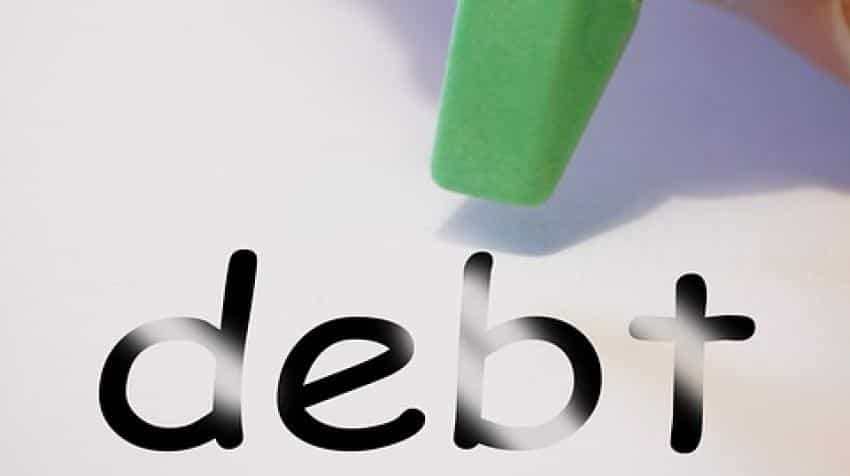 Among many major lenders, it was Axis Bank's share price that took most beating on Wednesday – so much so that it ended at Rs 464 per piece down 9.52% on BSE – a nine month low.

Not only this, the share price of the bank has now tumbled by over 13% on year-on-year basis – as on the same day of the last year it stood above Rs 532-mark.

Such negative view towards Axis Bank came in despite the bank reporting a whopping 36% year-on-year (YoY) rise in its standalone net profit to Rs 432 crore for the second quarter ended September 30, 2017 (Q1FY18).

Well a list of indicators like gross non-performing assets (GNPA) ratio, the slippage ratio, the credit cost and provisions for NPA – which many analysts have been watching to understand how sound Indian banks are – and from the data of Axis Bank's Q2FY18 result – the picture now looks even more scary.

Just for understanding - the gross NPA ratio is the ratio to identify bad loans from total loans; the slippage ratio is the rate at which good loans are turning bad; the credit cost is the amount a bank believes to lose on the back of credit risk and the provision coverage ratio gives a knowledge on how much a bank has kept aside to recover for arrival of bad loans.

At the same time, gross slippages increased to Rs 8,936 crore compared to Rs 3,920 crore of the preceding quarter. Corporate slippages accounted 90% of total slippages at Rs 8,110 crore in Q2.

Above indicators performance was an outcome of two things; namely, stressed recognised from the accounts identified in the the Reserve Bank of India's (RBI) list for Insolvency & Bankruptcy Code (IBC) and secondly divergence recognized in NPA as on March 2017.

Axis Bank mentioned that a total of nine accounts were identified by the Reserve Bank of India as on June 30, 2017 - now fund-based outstanding in these accounts stand at Rs 4,867 crore and all are now considered as NPAs.

Of these 9 accounts - one belonged to steel sector contributing Rs 1,128 crore of NPAs, while 3 accounts were in power sector amounting to Rs 1,685 crore, one account was in IT/ITES sector valuing up to Rs 1,685 crpre and remaining four accounts comprised of Rs 911 crores.

Provisions of Rs 1,618 crore was created for these accounts during the quarter.

Interestingly, as on September 30, 2017, Axis Bank has total loan outstanding of Rs 7,041 crore against the defaulters identified in the second list of RBI for Insolvency and Bankruptcy Code (IBC) 2016. 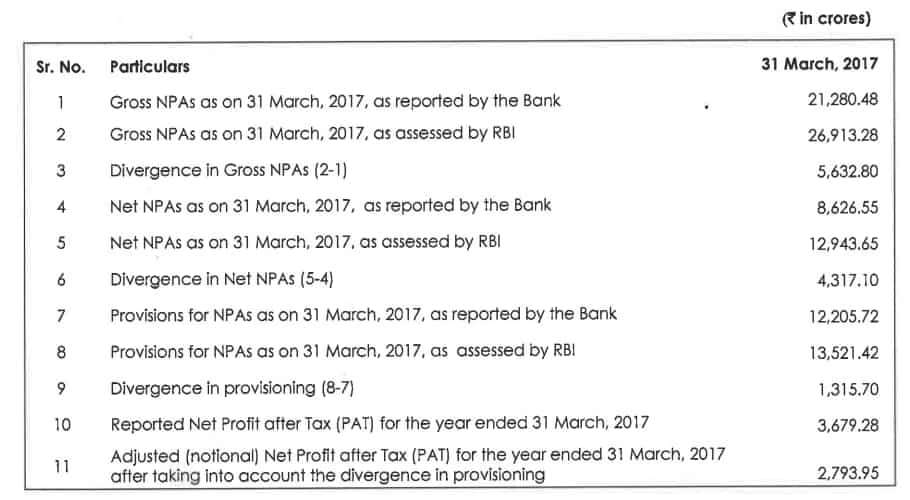 Divergence in NPA needs to be given more attention this time – becaue this gives you knowledge of how misleading a bank was. If divergence was high in both absolute and in ratio terms of gross NPA reported – this means stress has not yet ended in that lender's book.

RBI, in April 2017 said, "There have been instances of material divergences in banks’ asset classification and provisioning from the RBI norms, thereby leading to the published financial statements not depicting a true and fair view of the financial position of the bank.”

Banks were directed by the RBI that if there is more than 15% difference in their assessment of badloans versus a particular bank's annual report in filing then a divergence must be disclosed.

Axis Bank along with its other two rival Yes Bank and ICICI Bank have already reported divergence in their gross NPA during FY16. Axis Bank's divergence of Rs 9,478 crore as on March 2016.

This raised many eyebrows already over banks quality of dealing towards their stressed assets despite every efforts being put up by the central bank, government and market regulator.

India Ratings earlier said, “We estimate that potentially Rs 2.6 lakh crore of corporate and SMEs loans – which would be 3.2% of total bank credit will be recognised as stressed loans by financial year 2019.”

Axis Bank during Q2FY18 has seen net slippage (before write-offs) in retail and SME stood at Rs 292 crores and Rs 219 crores respectively.

The bank said, “The divergence related credit cost is expected to consume around 40 basis points for the full year. Incorporating this, and after evaluation of the underlying credit trends of the rest of the book, the credit cost guidance for fiscal 2018 is updated to 220-260 basis points.”

With this Motilal Oswal has already cut its FY18/19E earnings estimate for Axis Bank by 17%/21%, and believe that earnings normalization for the bank has now been pushed back. Also they revise our slippage/credit cost estimates (now building in 2.7% for FY18E/1.9% for FY19E) and also fine-tune our opex/yield estimates.

Sumeet Kariwala Subramanian Iyer, Anil Agarwal and Rahul Gupta of Morgan Stanley“We expect investors to be closely tracking this data at all banks, and would also be concerned about potential divergence in FY17 results as well."