Aviation in India: As Tata, Jet Airways talk way forward, this is how to revive aviation sector

Tata Sons has acknowledged its interest in Jet Airways, confirming persistent speculation about such a move but also said that no proposal has been made so far. 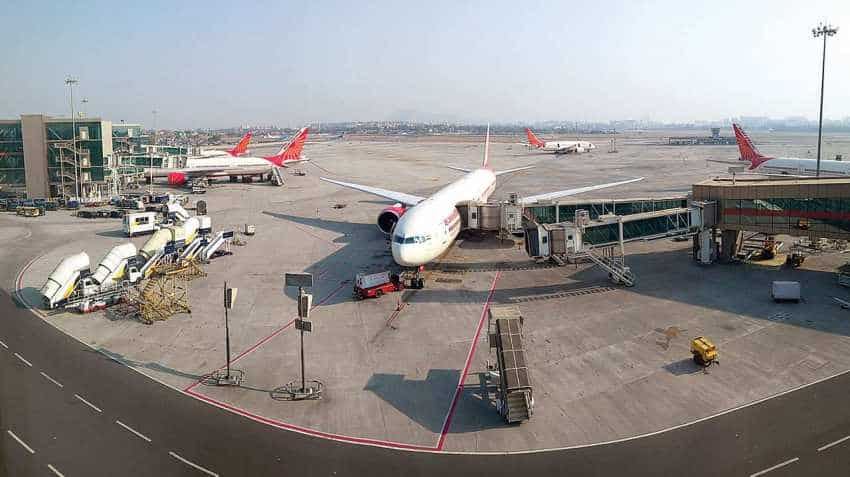 India is one of the fastest growing aviation markets in the world but the industry is also quite fragmented. Image source: DNA
Written By: Sindhu Bhattacharya
RELATED NEWS

Tata Sons has acknowledged its interest in Jet Airways, confirming persistent speculation about such a move but also said that no proposal has been made so far. However, aviation experts have begun talking about the benefits of market consolidation if the deal fructifies in the near future.

Remember, Jet has been facing several headwinds such as failure to honour some of its payment commitments, consistently losing market share, delaying employee salaries amid rising debt and promoter Naresh Goyal’s reluctance to lose control of the airline he founded.

India is one of the fastest growing aviation markets in the world but the industry is also quite fragmented. The biggest airline by passengers, IndiGo, holds sway over more than 40% of the market and the remaining about 60% of passengers are divided unequally between six more players. Then, there are low-cost airlines and those which offer the full-service experience.

There is a fierce competition for every single passenger among all the seven airlines, which means there is little difference in pricing between the full-service carriers (FSCs and the low-cost carriers (LCCs).

As a result, the market as a whole lacks pricing power, thus driving down fares constantly. All this hyper competition is happening given that the cost structure of the Indian market has been one of the highest for airlines in the world.

India taxes jet fuel heavily and with prices of Brent crude shooting up all through this fiscal along with the rupee witnessing wild fluctuations, airlines’ finances are in a mess.

This is the scenario - high costs, little pricing power and too many airlines - in which a possible consolidation through the Tatas’ acquisition of Jet is being talked of. If we leave the mechanics of this deal aside for a moment, this is possibly the best news for India’s bleeding aviation market in a long time. Aviation experts for long have been talking of space for just 3-4 strong airlines and consolidation being the need of the hour.

So this proposal for Jet will help all the remaining players. Why market consolidation is important can also be gauged from these numbers: According to brokerage Edelweiss, passenger growth has been largely one-sided with growth at Indigo, Jet Airways and SpiceJet in the September quarter at 30%, 3.3% and 4% year-on-year, respectively, versus industry growth of 19%. So, not only does one airline already holds a disproportionately large share of the market, but it is also cornering a huge share of the incremental passengers flying within the country. 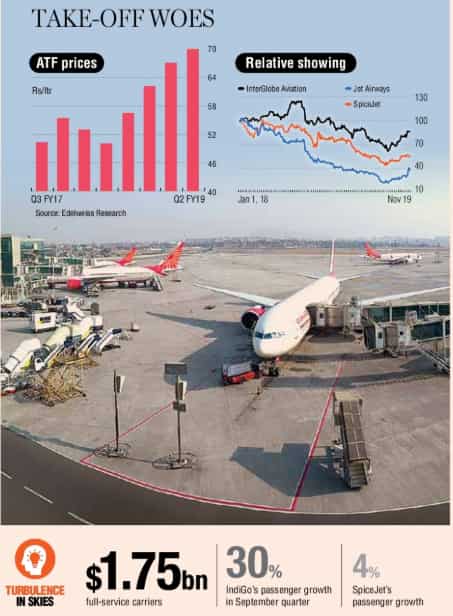 Global aviation consultancy CAPA said that “current discussions around consolidation in Indian aviation if executed, would be positive for the industry. Our long-held position is market cannot sustain three FSCs. May trigger further moves.”

CAPA had warned earlier about clear headwinds from higher costs and lower yields this fiscal. It had also said that with the exception of IndiGo, none of the airlines “have the balance sheets to comfortably withstand the damaging combination of higher unit costs and lower yields. FSCs are feeling the pressure most acutely. LCCs are somewhat less vulnerable due to cash generated from their relatively higher volumes of advance sales, and from the incentives on sale-and-leaseback transactions.”

Not only is consolidation good for the aviation industry as a whole, but it will also lessen longer-term structural challenges for the sector. Specific to Jet Airways, the airline is in a precarious position with an urgent cash requirement and the Tatas’ deal may be its best chance of survival.

Jet is an FSC (competing with Air India and Vistara) and FSCs could together lose $1.75-2 billion this fiscal. FSCs have a high-cost structure compared to LCCs and an uncompetitive cost base with yields remaining under intense pressure for many successive quarters means the need for consolidation is even urgent than for the LCCs.

Any buyout of Jet has some benefits for the Tatas too.