India remained the world's fastest growing domestic aviation market with 51 straight months of double-digit traffic growth but the woes of passengers as well as carriers manifested in myriad forms. 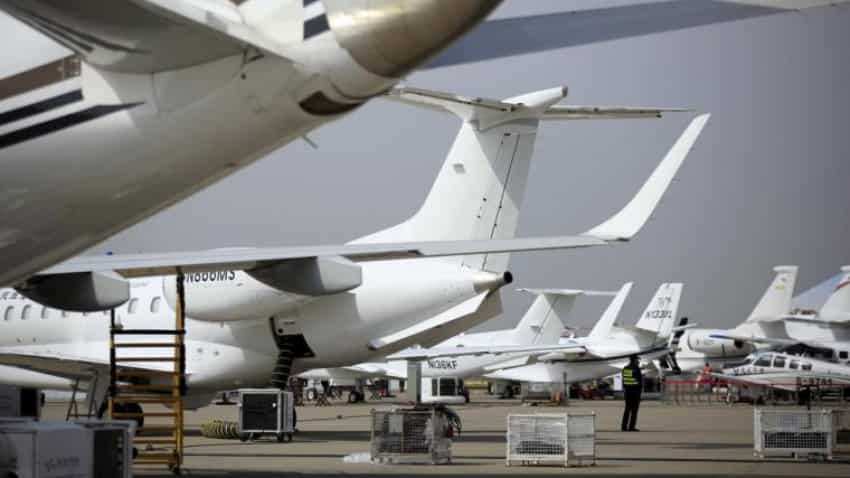 New Delhi: Navigating through tailwinds and air pockets, the country's aviation space imbibed high passenger growth, battled oil shocks as well as survived mid-air scares in 2018, with the government focused on making flying "as good as possible" in the new year. From spiraling costs and cut-throat competition pushing airlines into the red to government initiatives aimed at boosting the fast-growing sector, mixed baggage greeted the stakeholders.

India remained the world's fastest growing domestic aviation market with 51 straight months of double-digit traffic growth but the woes of passengers as well as carriers manifested in myriad forms.

"We will try to make air travel as good as possible. We are working on many issues related to that," Civil Aviation Minister Suresh Prabhu said when asked about priorities for next year.

Apart from existing initiatives, the Civil Aviation Ministry is to unveil an integrated cargo policy as well as the Vision 2040 document for the aviation sector next year.

Despite high passenger growth, domestic airlines remained financially vulnerable as a surge in oil prices, rupee depreciation and inability to raise fares amid intense competition crimped their earnings. In the three months ended September, all the listed carriers, IndiGo, Jet Airways and SpiceJet were in the red.

On the safety front, India retained the highest rating in the audit done by the Federal Aviation Administration (FAA) and improved its score in the audit carried out by UN aviation watchdog ICAO. However, Pratt & Whitney (P&W) engine problems continued with A320 neo planes operated by IndiGo and GoAir, which even resulted in incidents of mid-air engine shutdowns.

An incident involving Jet Airways flight where 30-odd passengers suffering nose bleeding due to a sudden drop in cabin pressure also raised safety concerns while a private plane crash at Ghatkopar in Mumbai this year killed five people, including one bystander.

Disinvestment-bound helicopter services provider Pawan Hans saw a major accident in its history when the chopper carrying seven persons crashed into the sea off Mumbai coast.

Though many new routes and unserved airports came into the aviation map with the ambitious regional connectivity scheme UDAN (Ude Desh ka Aam Naagrik), the trajectory seems bumpy, with at least three carriers -- Air Odisha, Air Deccan, and Zoom Air -- suspending services due to their own troubles.

After the strategic sale of ailing Air India failed to attract any bidders, the government is charting out new strategies and is continuing with fund infusion. Transfer of non-core debt and assets to a special purpose vehicle, differentiated business strategies for each of the core businesses and roping in professionals for top management positions through global search are among the revival proposals on the anvil.

Bogged down by financial problems, Jet Airways continues to face turbulent times and its staff is getting deferred salary payments apart from the overall rise in operational costs. The airline, which has a significant overseas presence, is looking at various options to raise funds.

IndiGo grabbed headlines for bad as well as good episodes. Apart from P&W engine woes, the airline saw the departure of its long-standing chief executive Aditya Ghosh in May apparently over differences with one of its promoters.

On the flipside, IndiGo became the only carrier to have 200 aircraft in the fleet with the induction of an A320 neo in early December. It also took delivery of A321 neo plane.

Next Generation Airports in Bharat (NABH) Nirman to prepare for one billion passenger trips and DigiYatra that seeks to provide hassle-free travel with the option of biometric identification for passengers are among the initiatives being rolled out.

In-flight wi-fi connectivity would soon be a reality, enabling passengers to use the Internet while flying in the Indian airspace and registration for flying drones have commenced.

According to Prabhu, domestic and international passenger numbers are forecast to have almost double-digit growth in the coming years. "With such robust growth, India's current aircraft fleet is likely to double over the next few years," he said in a communication.

Around 600 aircraft are flying in the Indian skies. The total number of operational airports rose to 100 with the aerodrome at Pakyong in Sikkim.