Utility vehicle sales, including Gypsy, Grand Vitara, Ertiga, S-Cross and compact SUV Vitara Brezza, increased by 34 per cent to 23,072 units in November from 17,215 in the same month of 2016, MSI added. 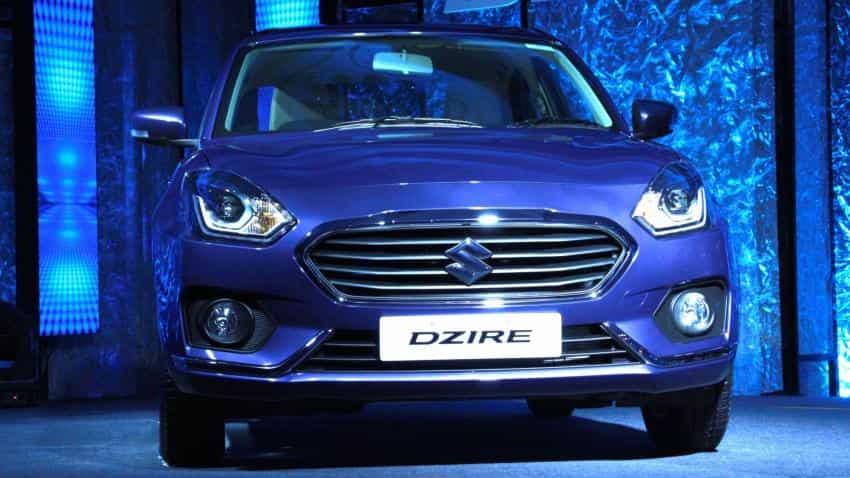 Various factors, including robust demand in rural markets and good response to new models, helped in driving the sales, the companies said.

The sales were mainly driven by compact segment comprising Swift, Dzire and Baleno, which jumped by 32.4 per cent to 65,447 units last month.

Utility vehicle sales, including Gypsy, Grand Vitara, Ertiga, S-Cross and compact SUV Vitara Brezza, increased by 34 per cent to 23,072 units in November from 17,215 in the same month of 2016, MSI added.

However, mini segment cars, including Alto and WagonR, witnessed a 1.8 per cent decline to 38,204 units during the month under review, from 38,886 in October 2016, the automaker said.

Commenting on the sales, HMIL Director (Sales and Marketing) Rakesh Srivastava said growth during the last month has been achieved due to the strong performance of next gen Verna Gen Verna along with Grand i10, Elite i20 and Creta.

"Due to strong pull of festive demand on the strength of buoyant rural markets, we hope to build on this positive momentum with a cumulative retail sales of 2,00,000 units for the period September to December 2017," he added.

Sales of passenger vehicles, including Scorpio, XUV500, Xylo, Bolero and Verito, increased 21 per cent to 16,030 units compared to 13,198 units in the same month last year.

"We are happy to be in a positive growth phase for November 2017, which is usually a lean period post the festive season," M&M President Automotive Sector Rajan Wadhera said.

Ford posted sales increase of 13.1 per cent at 7,777 units in the domestic market in November, driven mainly by recently-introduced new edition of compact SUV Ford EcoSport.

Similarly, Toyota Kirloskar Motor also reported a 13 per cent rise in domestic sales at 12,734 units in November. It had sold a total of 11,309 units in the same month of last year.

In two-wheeler segment, Bajaj Auto reported 21 per cent increase in total sales in November at 3,26,458 units as against 2,69,948 units in the same month last year.

Royal Enfield, the two-wheeler division of Eicher Motors, said its domestic sales were at 67,776 units in November as against 55,843 units in the year-ago month, up 21 per cent.

Suzuki Motorcycle India also reported domestic sales at 42,722 units in November as against 30,830 units in the same month last year, a growth of 38.6 per cent.