"Some of the recent victims have said they paid up to Rs 50,000 just for a non-existent airfare and a medical check with an unauthorised clinic, in addition to all the other fees they have been charged." 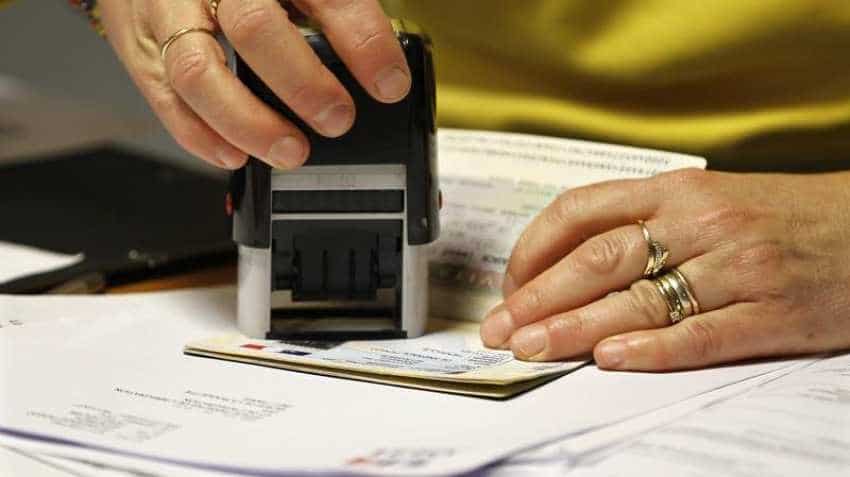 The Australian High Commission on Monday warned Indians of a visa scam in Delhi wherein over 50 people had been duped of lakhs of rupees.

"The public is warned of a new visa scam allegedly perpetrated by an employment agency operating in southwest Delhi," the High Commission said in a statement here.

"In recent weeks, more than 50 people have approached the High Commission after paying lakhs for work visas, only to be told that they have become victims of yet another visa scam."

Emphasising that the High Commission is concerned about the growing number of victims of such fraud and advising potential visa applicants to exercise due caution when agencies offer job visas, a commission spokesperson said: "Australia does not have a work visa programme of the sort promoted by scammers -- our Temporary Skills Shortage work visa is run only with approved sponsors, and only for applicants with specific skills in demand in Australia.

"Some of the recent victims have said they paid up to Rs 50,000 just for a non-existent airfare and a medical check with an unauthorised clinic, in addition to all the other fees they have been charged."

In addition to being charged for job placement -- sometimes with bogus job offers using the names of genuine, well-known companies in Australia -- and "visa lodgement" fees, the victims have also had to pay to undergo medical examination in a medical facility located in South Delhi, that is not associated with Australia`s approved panel of physicians, according to the statement.

The southwest Delhi agency has also provided its victims with a fake visa grant notice, which links to a non-genuine visa checking service on a fake website.

"We have seen clones of our website before but the newest versions link to a fake visa checking site that only contains the visa details concocted by the agent," the High Commission spokesperson said.

"This may look convincing to someone who is wanting proof that the agent is not duping them -- but actually, it is still all fake."

Calling upon those who fell for this and other scams to promptly report this illegal activity to local authorities, the High Commission statement said: "All potential visa applicants should refer directly to information published on our official Home Affairs website: www.homeaffairs.gov.au.

"A list of approved physicians can be found at https://www.homeaffairs.gov.au/about/contact/offices-locations/india.

How to apply for passport online? Check the step-by-step guide

How powerful is the Indian passport? Check out Henley Index ranking