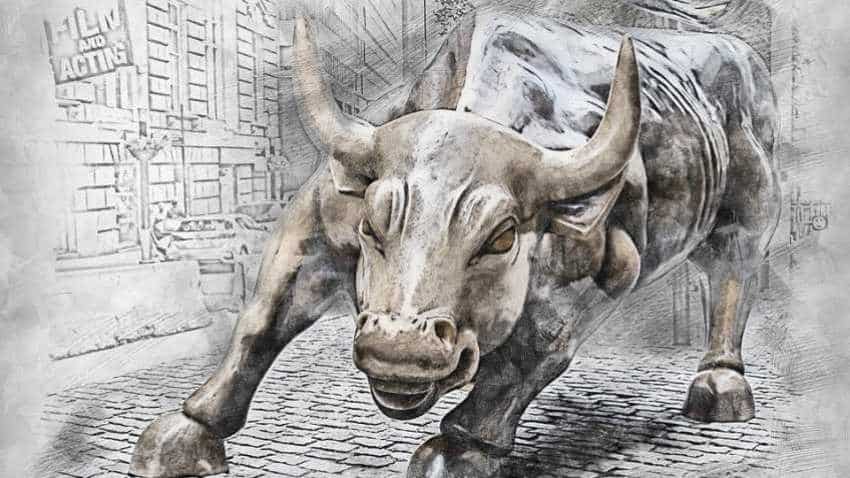 In the midst of Assembly Elections 2018 held in five states, Sensex and Nifty erased the tensions and gained massively as investors put in their money in stocks. Photo: Pixabay
Written By: Pooja Jaiswar
RELATED NEWS

The Indian markets managed to pull off one of the most stunning recoveries. From a knock out punch in the morning, the markets staged a virtually miraculous comeback! And that too despite the poll results going very much against most expectations. This is despite the fact that exit polls had already raised a red flag as a warning, but most analysts still expected the PM Narendra Modi led BJP to emerge a winner, at least in the economically powerful Madhya Pradesh.

Yes, it started out as a 'Black Tuesday'. And yes, that was the prediction of the experts and that is exactly how it panned out early in the morning. But that is not how the markets ended the day. They actually closed with a roar! Casting aside fears of exit polls, resignation of Urjit Patel as Governor of RBI or even the increasing prospects of a big defeat for BJP at the hands of underdog Congress in the 3 top states of India, namely Madhya Pradesh, Rajasthan and Chhattisgarh, the markets skyrocketed today.

Yes, Dalal Street has surprisingly turned out a very fruitful session for investors, enriching them immeasurably. In the midst of Assembly Elections 2018 held in five states, Sensex and Nifty erased the tensions and gained massively as investors put in their money in stocks to take full advantage of opportunities that have opened up that they have identified going forward. After dropping 500 points in early trade, the benchmark Sensex has finished at 35,150.01 points soaring by 190.29 points or 0.54%%. With this performance, Sensex has also managed to gain over 700 points, which it had lost in the past two days that was blamed on exit poll results. On the similar lines, the Nifty 50 finished at 10,549.15 rising by 60.70 points or 0.58%.

"Market participants felt that the performance of the ruling alliance was better than expected in MP and Rajasthan," HDFC Securities' Retail Research Head Deepak Jasani said.

Apart from this, market sentiment received a boost especially in banking stocks when news arrived that indicated a new RBI governor, either interim or full time, will be announced today itself. Exactly who will be named the successor of Urjit Patel, will be keenly watched.

Here are 6 key points that made the markets today!

The beating witnessed during the initial trading session was fought back by investors and they forced them to do a tremendous U-turn and many companies have seen hefty buying sentiment.

Other companies that also saw uptick in their market price were ITC, Coal India, Infosys, Bajaj Auto, TCS, NTPC, Vedanta, Tata Motors and Reliance Industries rising in the range of 0.80% to nearly 2%.

Love for Midcap and smallcap stocks!

Investors were quite upbeat in mid cap and small cap stocks today. The S&P BSE MidCap finished at 14,683.98 points, above by 237.51 points or 1.64%. Companies like KIOCL, MFSL, Dewan Housing, GE T&D India, Kansai Nerolac, Ajanta Pharma, Glenark, Adani Power, Shriram Transport and Godrej Industries were top gainers,  surging in the range of 4% to 8%.

Whereas the S&P BSE SmallCap completed at 14,079.74 points higher by 234.04 points or 1.69%. Under small cap index, stocks like Finotex Chemical, Birla Money, Lumax Tech, Quess Corp and DFM Foods were top gainers jumping between 11% to 20%.

Most of the sectors saw an extremely positive reactions from investors, but most of the buying were made in consumer durable, banking and healthcare stocks.

Overall outcome will be soon be presented. Five states election results namely of Chattisgarh, Madhya Pradesh, Rajasthan, Telangana and Mizoram are about to be announced.
So far, it is clear that in MP, Congress has taken the lead in 115 seats as compared to BJP, which is leading in 104 seats.

On the other hand, BJP and Congress have faced been beaten roundly in Telangana and Mizoram.

The Indian rupee fell over 110 paise in the market opening session. Currently rupee is trading at 71.855. The Indian currency actually appreciated by 0.85% against US dollar.

Indian rupee was trading at 72.1350 against US dollar index, however, the domestic currency made its opening at 72.46.

In previous trading session, the Indian rupee was sharply lower from its close of 71.35.

Talking about forex market traders in USDINR, Anindya Banerjee analyst at Kotak Institutional Equities said, "Traders are looking at the state elections as a early indication for the trend in national elections next year and hence a poor show from BJP can increase the risk of a hung parliament next year."

Oil prices were under pressure on Tuesday amid worries over global stock markets and doubts that planned output cuts led by producer club OPEC will be enough to rein in oversupply. But traders said crude prices received some support after Libya`s National Oil Company (NOC) declared force majeure on exports from the El Sharara oilfield, the country`s biggest, which was seized last weekend by a militia group.

NOC reportedly said the shutdown would result in a production loss of 315,000 barrels per day (bpd), and an additional loss of 73,000 bpd at the El Feel oilfield.

Apart from this the report added, the rise in prices came after crude dropped by 3 percent the session before amid ongoing weakness in global stock markets and concerns that slowing oil demand-growth could erode supply cuts announced last week by the Organisation of the Petroleum Exporting Countries (OPEC) and some non-OPEC producers including Russia.

From the above, it can be surely said that Indian markets had a roller coaster ride today, but aside from the scary moments, it all ended positively!