A day after the Assam government announced a Rs 600-crore partial farm loan waiver scheme, Finance Minister Himanta Biswa Sarma Wednesday clarified that it was a temporary reprieve that will benefit four lakh farmers in the state. 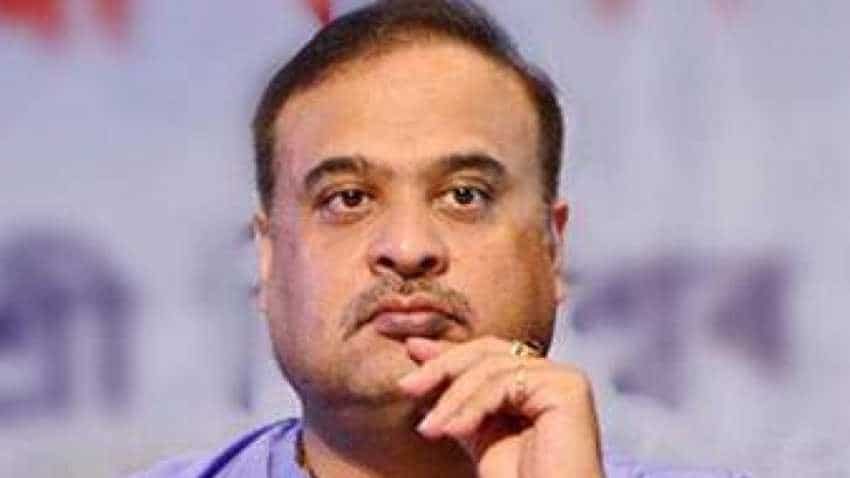 Himanta Biswa Sarma clarified that the scheme will be applicable only if the farmer deposits the balance amount to clear the outstanding amount of the loan. Image source: PTI
Written By: PTI
RELATED NEWS

Good news from government! These teachers' retirement age set at 60 years in this state!

A day after the Assam government announced a Rs 600-crore partial farm loan waiver scheme, Finance Minister Himanta Biswa Sarma Wednesday clarified that it was a temporary reprieve that will benefit four lakh farmers in the state. Assam government spokesperson and Parliamentary Affairs Minister Chandra Mohan Patowary had said Tuesday that the farm loan waiver scheme was approved by the cabinet to write off 25 per cent (up to Rs 25,000) of all farm debts till date.

The state government would also have to do budgetary provisions for the next fiscal, Patowary had said. Addressing a press conference here, Sarma said: "It is a subsidy scheme, not a debt waiver scheme. For the loans taken only between April 1, 2018 and Match 31, 2019, 25 per cent of the total amount with a cap of Rs 25,000 will be subsidised by the government."

"This will cover around four lakh farmers and involve a financial outgo of about Rs 500 crore," he added. Under the Assam Farmers' Credit Subsidy Scheme, 2018, as it is called, the state government would return 25 per cent of the money to those who have already repaid their loan.
For those whose repayments are pending, 75 per cent of the loan amount needs to be paid in all, he added.

"This is a pilot scheme only for this fiscal to mark the 125th year of Patharughat peasant uprising, in which 140 farmers were killed. If the scheme succeeds, then we may think of extending it to next year with proper budgetary allotment," Sarma said. When pointed out about Patowary's claims, Sarma said, "Because of his press meet, I have come today to address you. It is a finance scheme. Whatever I said, it is final."

Even the press information shared by the chief minister's PR cell in its official WhatsApp group had said: "Debt Relief scheme 25% of loan amount waiver up to maximum of Rs 25,000." Sarma clarified that the scheme will be applicable only if the farmer deposits the balance amount to clear the outstanding amount of the loan.

"Assam doesn't have farmers' distress problem. This has nothing to do with current state of affairs in politics in the rest of the country. As a gratitude to the Patharughat uprising, I had announced it in my budget speech itself," he said. Speaking about the other scheme -- Assam Farmers' Interest Relief Scheme, 2018 -- Sarma said that the state government would extend special support to the "prompt paying farmers" by providing an interest subvention of four per cent on short-term crop loans up to Rs 2 lakh.

"Currently, the Centre pays the remaining three per cent of the interest. Our cabinet decided that if the Centre in the future withdraws its support, the state will pay that three per cent," he said. "Even if the interest rate changes, we will take the burden. This is a permanent scheme and henceforth, agri loans up to Rs 2 lakh in Assam will be interest-free," he added.

Claiming that it was a first-of-its-kind initiative in the country, Sarma said the scheme will cover 11 lakh farmers taking loans from April 1 this year and will involve an outgo of Rs 200 crore. Regarding the scheme, Patowary had said: "There is also an interest relief scheme of up to four per cent for the farmers. There will be interest relief from the state government so that farmers get crop loan at zero interest from the next financial year."

"With loans offering at zero interest, the government believes that around 19 lakh farmers across the state will come forward and take benefit of the scheme," he had said. On the third scheme -- Assam Farmers' Incentives Scheme, 2018 -- Sarma said that Assam had a total of around 27 lakh farm households, of which only 19 lakh agricultural families were covered by Kisan Credit Cards (KCC), leaving a gap of about eight lakh KCCs in the state.

"In order to open up credit line to these people, the state government will pay a one-time incentive up to Rs 10,000 under this scheme to activate their KCC accounts, provided the farmers pay the outstanding amount," he said. "This will cover around three lakh farmers with a burden of Rs 300 crore on the exchequer," he added.

Good news from government! These teachers' retirement age set at 60 years in this state!