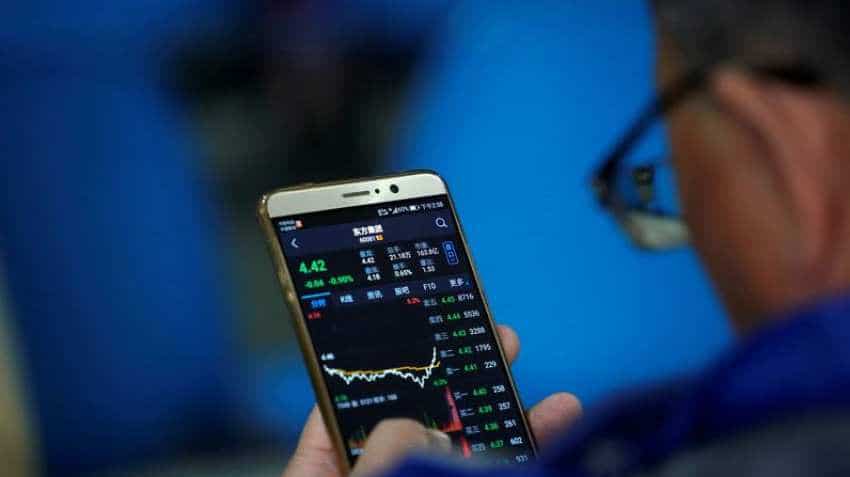 MSCI`s broadest index of Asia-Pacific shares outside Japan was flat in early trade but stayed close to a four-month low touched on Friday. Image source: Reuters

Asian shares wobbled near four-month lows on Tuesday on mounting worries the White House`s black-listing of Chinese telecom giant Huawei Technologies could further inflame already tense relations between the Washington and Beijing. MSCI`s broadest index of Asia-Pacific shares outside Japan was flat in early trade but stayed close to a four-month low touched on Friday. It has fallen about 8% from a nine-month peak hit just over a month ago. Japan`s Nikkei fell 0.5%.

In New York, the S&P 500 lost 0.67% while the Nasdaq Composite dropped 1.46%. The Philadelphia Semiconductor Index fell 4.02% to two-month lows. Apple fell 3.1% to its lowest level since early March. "With the news around the U.S. and Huawei taking a turn for the worse, it seems that the trade war is increasingly showing signs of becoming a tech war," said Seema Shah, senior global investment Strategist at Principal Global Investors in London.

"The further this trend develops, the bigger the collateral damage will be – particularly in Asia and the U.S., but the ripple effect will be significant across the globe." The U.S. government on Monday temporarily eased some trade restrictions imposed last week on China`s Huawei, allowing the company to purchase American-made goods to maintain existing networks and provide software updates to existing Huawei handsets for 90 days.

But that was of little comfort for investors who are worried about increasingly acrimonious atmosphere between the world`s two biggest economies. Some U.S. companies, such as Alphabet`s Google and Lumentum Holdings Inc, have already started to limit services to Huawei.

"The determination of the U.S. administration to paralyse China`s aspirations to become a technology super power is clear when you consider that its actions against Huawei are not only damaging to China’s technology sector, but also the US tech sector," Shah said. Corporate earnings guidance provided to investors so far does not take into account the impact of the Huawei ban, said Nobuhiko Kuramochi, chief strategist at Mizuho Securities.

"The sales of semi-conductors will be curtailed at least in the short-term and companies will likely need to revise down their earnings," he said. Markets showed scant reaction to speech by Federal Reserve Chairman Jerome Powell, who dismissed comparisons between the rise of business debt to record levels in recent years and the conditions in U.S. mortgage markets that preceded the 2007-to-2009 economic crisis.

In the foreign exchange market, major currencies were on the sideline for now. The euro was under pressure ahead of the European election this weekend but was little moved at $1.1169, off Monday`s low of $1.1150, its lowest level since May 3.  The dollar slipped slightly to 110.05 yen from Monday`s near two-week high of 110.32 yen.

The British pound is listless near four-months, trading at $1.2728, just a stone throw from Friday`s low of $1.2714, as an embattled UK Prime Minister Theresa May struggled to pull together a Brexit deal.  The offshore yuan stood at 6.9403 to the dollar, just above Friday`s 5-1/2-month low of 6.9497. Oil prices held near multi-week highs as OPEC indicated it was likely to maintain production cuts while escalating Middle East tensions provided further support.