Prices of diesel and petrol in India have surged to a record high, stoking opposition criticism of Prime Minister Narendra Modi`s administration for causing hardship to ordinary people 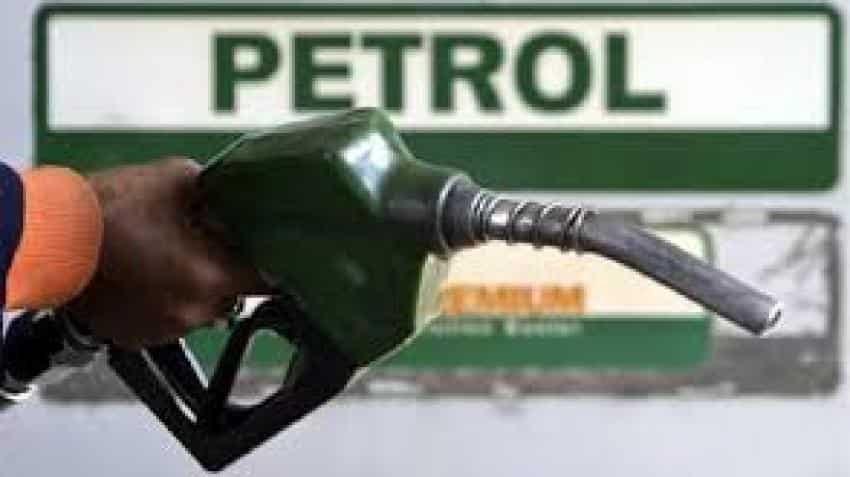 India will take a long-term view on the retail pricing of petrol and diesel to shield consumers from volatility in global markets, the government said on Wednesday, suggesting it could change the way pump prices are calculated. Prices of diesel and petrol in India have surged to a record high, stoking opposition criticism of Prime Minister Narendra Modi`s administration for causing hardship to ordinary people. Rising global crude prices are largely behind the surge, but fuel is also heavily taxed by India`s state and federal authorities, accounting for about half the cost of petrol and 40 percent of the diesel price. In Delhi, petrol costs 77.17 rupees ($1.13) a litre and diesel costs 68.34 rupees a litre.

"The government is keen that instead of having an ad hoc measure it may be desirable to have a long-term view which addresses not only the volatility but also takes care of the unnecessary ambiguity arising out of frequent ups and downs," Law Minister Ravi Shankar Prasad told a news conference. India is particularly at risk from stronger global prices for crude oil as it is the No.3 importer of the commodity buying about 80 percent of its oil needs.

The South Asian nation has a surplus of refined products, but local prices of petrol and diesel are linked to Singapore gasoline prices and Arab Gulf diesel prices.  The pump price of the two locally-refined fuels also include import tax on the two products which the government could tinker with to help customers, industry sources say.  M. K. Surana, chairman of state-run fuel retailer and refiner Hindustan Petroleum Corp, said the government should review taxation of petrol and diesel to provide relief to the customer.

"The long term solution is to bring all the petroleum products under goods and service tax that will rationalise the taxation structure," he added. Opposition leaders have criticised the government for failing to rein in rising fuel prices, a politically-sensitive issue in one of the world`s biggest economies.
Rising pump prices are already adding to inflationary pressure and are strengthening the case for a rate hike.

India`s Economic Survey, issued by the finance ministry at the end of January, estimated a $10 per barrel rise in global oil prices reduced growth by 0.2-0.3 percentage points, increased wholesale price inflation by about 1.7 percentage points and worsens the current account deficit by about $9-10 billion. Former Finance Minister P. Chidambaram of the opposition Congress Party tweeted that there was space to reduce petrol prices by about 25 rupees a litre.