Finance Minister Arun Jaitley Friday said sovereign government flagging issues of credit and liquidity does not infringe on the Reserve Bank's autonomy and hoped things will work out with the central bank in future. 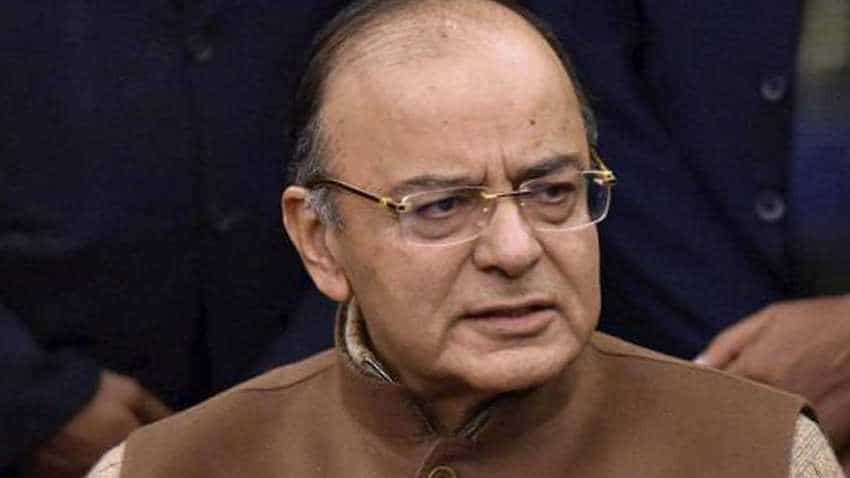 The government had appointed Shaktikanta Das within a day of Urjit Patel abruptly resigning as Governor after clashing with the government over parting with RBI's reserves and demands to ease lending curbs. Image source: PTI
Written By: PTI
RELATED NEWS

Finance Minister Arun Jaitley Friday said sovereign government flagging issues of credit and liquidity does not infringe on the Reserve Bank's autonomy and hoped things will work out with the central bank in future. On a day when the board of Reserve Bank of India (RBI) under its new Governor Shaktikanta Das bought more time to review the government's demand for a greater say in the central bank's functioning, Jaitley said the government respects RBI's autonomy.

"Of course, the government respects the autonomy of the central bank and because we respect the autonomy of the central bank that is why we told them... These are the problems that the market is facing," he said at the annual general meeting of industry body FICCI here. He said the problems were pointed to the RBI as they lied within its power, domain and jurisdiction.

"I can't conceive how an elected sovereign government bringing to the notice and flagging the issue of credit and liquidity can in anyway infringe the autonomy," he said adding if there is a scarcity of capital in the market it has to be told to the concerned authority. The RBI board under former bureaucrat Das Friday deliberated on the governance framework of the central bank and decided that the matter required further examination, the RBI said in a statement after the meeting in Mumbai.

The government had appointed Das within a day of Urjit Patel abruptly resigning as Governor after clashing with the government over parting with RBI's reserves and demands to ease lending curbs. Jaitley said not just the government but industry associations like FICCI too should have gone to the Reserve Bank to narrate the challenges facing the market.

"We don't need, in the current global situation, another domestic challenge (of credit and liquidity that can hamper growth)," he said. "A communication and dialogue and bringing to the notice of the empowered authority is a part of the manner in which economic systems work." Autonomy, he said, is not synonymous with isolation.

"And that is why this whole debate, public discourse went in a direction where telling the concerned institution that these are the issues to be flagged and this is where the challenge has to be addressed can't be an aberration, it's a necessity," he said. "I do hope that things will work out well in future."

RBI's 18-member board, which includes government representatives and industrialists, also reviewed matters relating to liquidity and credit delivery to the economy, besides discussing the current economic situation, global and domestic challenges, the central bank said in the statement.

On the agenda for the meeting was re-constituting or reviewing the sub-committees of the board which make regulatory decisions, in a bid to curb the RBI's unilateral decision-making powers. The RBI at present decides the regulatory and operational issues of banks and informs the board later.

The RBI under former Governor Patel had placed restrictions on some weak banks from lending and kept a tight leash on liquidity. Jaitley had on Thursday defended the government's demands that include further liquidity for non-banking finance companies (NBFCs) and easy lending rules, saying there was a need to boost credit and liquidity.

Bringing up the issues facing the economy with the central bank in no way infringes upon the RBI's autonomy, he said.