Analysts had expected Rupee to cross 70; it is now among best performers in Asia 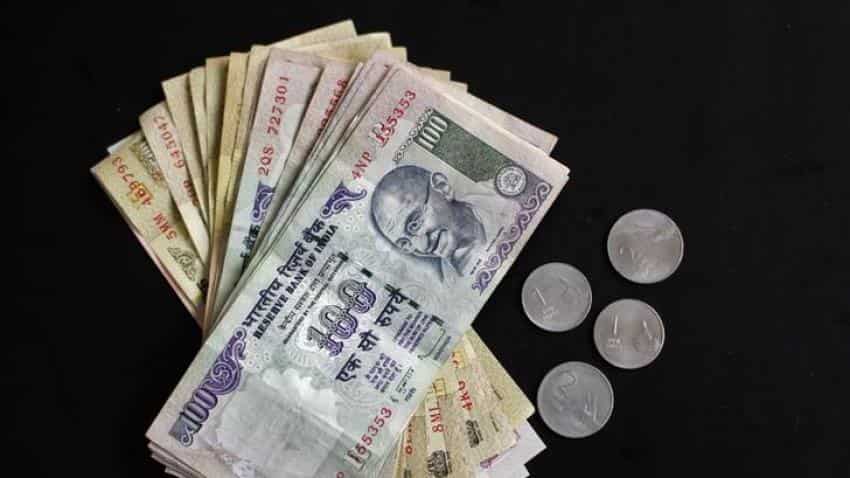 Indian rupee's performance has been anything but as expected against dollar. Photo: Reuters
Written By: Pooja Jaiswar
RELATED NEWS

Around this time last year analysts and currency experts were betting for Indian Rupee to be one of the worst performers globally. They expected Rupee to cross Rs 70 to a dollar by December 2016.

However, as it turns out, NSE Nifty hit its all-time high on Tuesday March 14, 2017 and Rupee reached its 11-month high against the dollar.

How did this happen?

On March 11, 2017, results of state elections were announced where Prime Minister Narendra Modi-led BJP won majority in India's largest state -- Uttar Pradesh. This is signficant in many ways as BJP, although, has a majority in the Lok Sabha, it is severely stunted in Rajya Sabha.

Analysts expect that with the win in UP and Uttarakhand, apart from good performance in Manipur and Goa, the party will finally see a majority in Rajya Sabha making it easier to pass key legislation.

Naturally, markets were buoyed by the election results and surged on Tuesday morning.

On Tuesday, rupee appreciated against dollar and was trading at 66.175 – a level which was last seen in April 2016. 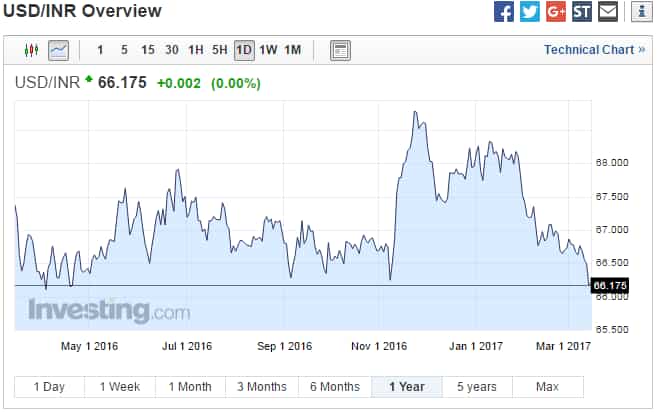 Many analysts believed that because of various macro economic factor like Brexit, Donald Trump's becoming US President, US Fed rate hike and India's GDP growth will put pressure on Indian Rupee so much so that it will reach over 70-mark by December 2016.

A Deutsche Bank research report last year said that rupee is expected to see further depreciation in coming months and may reach 70-level by December 2016 and cross 72.50-mark by end of 2017.

The report cited US Fed monetary policy in 2017 and India GDP performance as main reason.

HDFC Bank in its report dated June 2016 had said,  “An adverse global risk environment on the back ‘Brexit’ concerns in the near-term followed by the prospect of tighter US monetary policy and concerns about the Chinese economy is likely to restrain fund flows into the domestic markets.”

The bank expected rupee to be in the range of 68.50 to 69.50 to a dollar by end-2016, with dollar strengthening as investors tend to run for safe havens every time there is a scare in global financial markets.

Analysts said, “After  demonetisation, there is expected to be a deceleration in growth and GDP is expected to come down due to which some money has already moved out and more is on the way. "

However, rupee's performance has been anything but as expected.

Care Rating, in its research report, said that rupee has been a relatively better performing currency against dollar.

Care Ratings added, "While the near term forecast would be around Rs 67/$, the rupee may on balance move towards the 69 mark towards the end of FY18 with there being an incentive to let the rupee find its level to support exports at a time when they would be increasing."