Fifteen people hospitalised and 45 other affected after inhaling ammonia gas which was leaking from a cold storage unit at Shahbad Markanda. 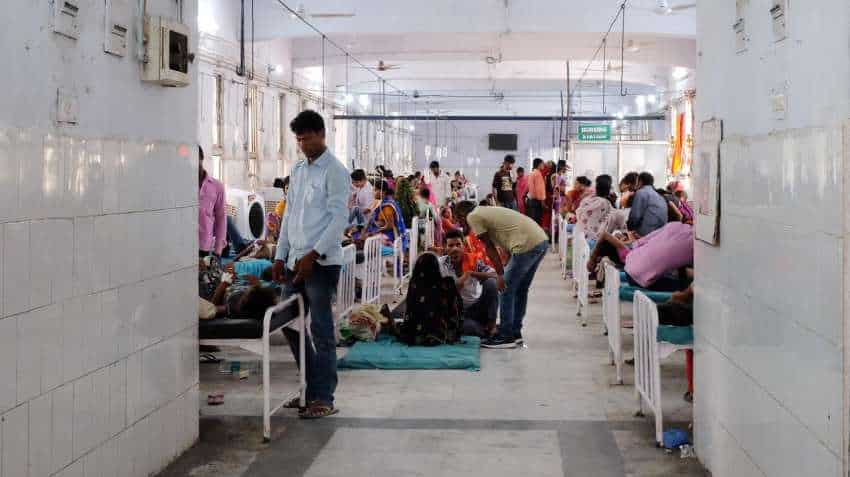 15 persons were admitted to the hospital while about 25 others were discharged after first aid.Photo:Reuters
Written By: PTI

Fifteen people have been hospitalised and 45 others were affected after inhaling ammonia gas leaking from a cold storage unit at Shahbad Markanda, about 20 kms from here, police said on Wednesday.

The leakage started at the cold storage at about 9 pm on Tuesday when all employees had stepped out for dinner.

The gas spread to the nearby 'Baajigar dera' where 40 families reside. The residents there complained of suffocation and many of them started vomiting and some were rushed to a nearby hospital.

A doctor said 15 persons were admitted to the hospital at Shahbad while two were sent to Kurukshetra. A few were discharged after treatment. All of them were stable, he said.

Deputy Superintendent of Police Surinder Singh said the leakage was plugged with the help of the Fire Department personnel late in the night.

He said 15 persons were admitted to the hospital while about 25 others were discharged after first aid. He said no case has been registered as police have not received any complaint.