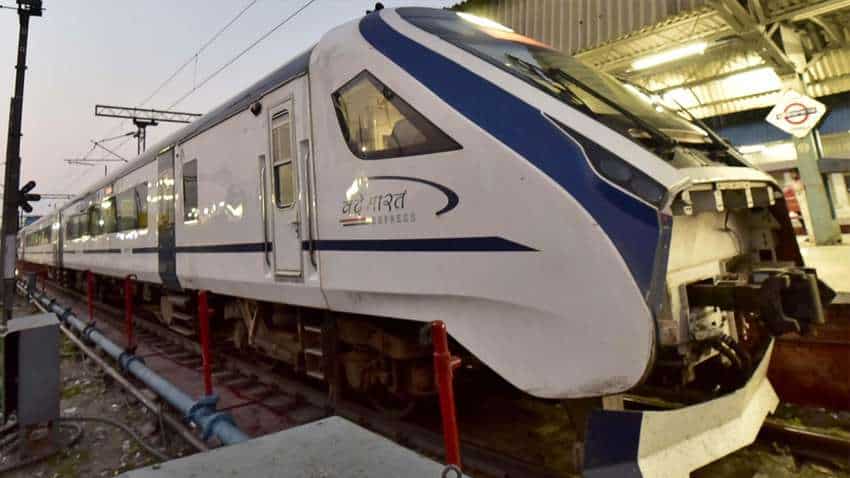 The Vande Bharat Express, the first indigenous train of the Indian Railways, was dedicated to the nation by Modi on February 15 last year. IANS photo.
Written By: Prashant Singh
Edited By: Harish Dugh
RELATED NEWS

New Delhi-Varanasi Vande Bharat Express has turned into an amazing money-making engine! The New Delhi-Varanasi Vande Bharat Express, that was flagged off by Prime Minister Narendra Modi last year, has completed a year in service, logging 3.8 lakh km and a cumulative earning of Rs 92.29 crore with 100 per cent occupancy, the Northern Railway has confirmed.

-The Vande Bharat Express, the first indigenous train of the Indian Railways, was dedicated to the nation by Modi on February 15 last year and it started its commercial run from New Delhi to Varanasi two days later (February 17, 2019).

-It covers the distance between New Delhi and Varanasi in eight hours and runs on all days of the week, except Monday and Thursday. It has 16 air-conditioned coaches.

-All the coaches have a stainless steel car body equipped with automatic doors with sliding footsteps, onboard computers for train control and remote monitoring.

According to IRCTC officials, Indore-Varanasi Kashi Mahakal Express will be the first private train that will run overnight and for a comfortable long-distance journey, the train will feature a host of facilities. IRCTC will serve vegetarian food, housekeeping services, on-board security services and bedrolls. The IRCTC officials said that passengers will also get complimentary insurance of Rs 10 lakh.