The increase in coverage has been credited to the Pradhan Mantri Ujjwala Yojana (PMUY), which provides free cooking gas (LPG) connection to the poor. Under PMUY, about 6.4 crore connections have been provided since the launch of the scheme on May 1, 2016, Oil Minister Dharmendra Pradhan said Sunday 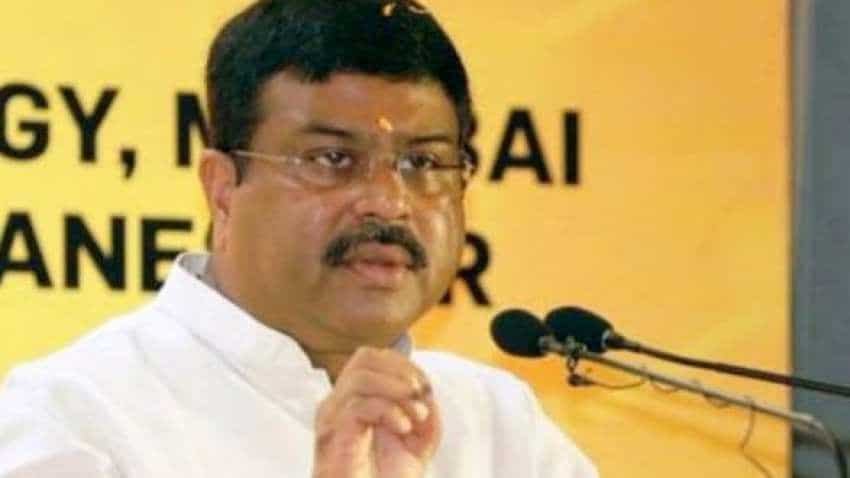 Pradhan said the oil and gas sector is a key contributor to India's economy and accounted for almost 55 per cent of its energy mix in 2017. IANS

After catapulting LPG coverage by about 40 per cent in just 55 months, the government will soon make available clean cooking fuel to all households, Oil Minister Dharmendra Pradhan said Sunday. Speaking at the Petrotech 2019 conference here on the outskirts of Delhi, he said coverage of LPG in the country has reached close to 90 per cent, rising from about 55 per cent in 2014.

"Very soon, India will be connecting all households with clean cooking fuel. The source of fuel will be LPG as well as gas from bio-mass and alternate sources," he said. The increase in coverage has been credited to the Pradhan Mantri Ujjwala Yojana (PMUY), which provides free cooking gas (LPG) connection to the poor. Under PMUY, about 6.4 crore connections have been provided since the launch of the scheme on May 1, 2016, he said.

"Before March 31, 2020, we will provide LPG connections to 8 crore households under PMUY," he said. LPG is supposed to replace traditional cooking fuels in rural kitchens such as firewood and cow dung which not only contribute to environmental degradation but also have serious health implications on users.

Pradhan said the oil and gas sector is a key contributor to India's economy and accounted for almost 55 per cent of its energy mix in 2017. India is the third largest consumer of crude oil and petroleum products in the world, accounting for 4.5 per cent of global oil consumption, behind US and China.

"We have taken several measures to overhaul the hydrocarbon policy framework to ensure energy security for the country while pursuing the green path to progress," he said. Listing reforms to revitalise the exploration and production ecosystem, he said a new revenue sharing model, uniform licence for all hydrocarbons and marketing freedom for oil and gas have been introduced.

Also, the government has introduced various others policy reforms including marketing and pricing freedom for natural gas produced from deep and ultra-deep waters and high pressure high temperature areas, coal bed methane, incentive for enhanced recovery for augmenting production of oil and gas from matured fields and exploration and exploitation of unconventional hydrocarbon from all fields.

"We have set up a state-of-the-art National Data Repository to facilitate potential investors to take informed decisions based on the geo-scientific data of hydrocarbon resources in the country. "With the introduction of National Data Repository, India has joined the league of countries like UK and Norway which have a national data repository for the upstream sector," he said.

In downstream sector too India has been able to attract global investments, he said, adding that leading players like Saudi Aramco, ADNOC, Total and Shell are expanding their footprints in the country's energy space and looking to invest more in the Indian oil and gas market.

Pradhan said the world is seeing a dramatic shift in energy sources and consumption, with demand shifting from Europe to Asia. The US has become the world's largest oil and gas producer after the shale revolution and is challenging the traditional oil dynamics while solar energy is emerging as a competitive and most sustainable energy alternative. Also, the share of natural gas in the global energy mix is rising.

"The convergence of cheaper renewable energy technologies, digital applications and the rising role of electricity will form the basis for achieving many of the world's sustainable development goals," he said.