Delhi Metro services will begin at 4:30 am tomorrow on the Violet Line to facilitate movement of people who wish to attend the Independence Day celebrations at the Red Fort 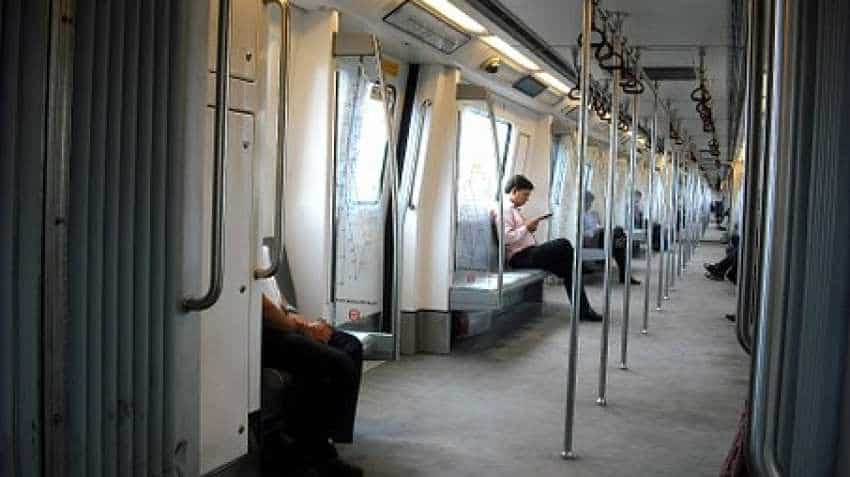 Delhi Metro services will be available from 4.30 am tomorrow from Escorts Mujesar-Kashmere Gate to facilitate movement of people. Image: Pixabay

Delhi Metro services will begin at 4:30 am tomorrow on the Violet Line to facilitate movement of people who wish to attend the Independence Day celebrations at the Red Fort, officials today said. The Violet Line, one of the busiest corridors of the Delhi Metro Rail Corporation (DMRC), connects Escorts Mujesar in Faridabad to Kashmere Gate in Old Delhi.

"Metro services will be available from 4.30 am tomorrow from Escorts Mujesar-Kashmere Gate to facilitate movement of people," senior DMRC official said.

The nearest metro station near Red Fort is Lal Quila.

"The first passenger service will start from Escorts Mujesar at 4.30 am and trains will be available at a frequency of 15 minutes till 6 am, and then services will be resumed as per normal time table," he said.

In an advisory, the DMRC has also said that train services will run as usual across the entire network on Independence Day (August 15). However, entry/exit at four stations of Line-6 (Kashmere Gate to Escorts Mujesar) -- Lal Quila, Jama Masjid, Delhi Gate and ITO will be permitted from select entry/exit gates during the function.

Some gates will be closed at these stations owing to security considerations during this period.

"Additional ticket counters will be opened at Lal Quila and Jama Masjid metro stations, to facilitate people at Lal Quila station on August 15, along with deployment of additional staff for guiding people due to rush after the event," he said.

The DMRC had earlier said that parking facilities at all metro stations will be closed from 6 am today till 2 pm tomorrow due to security reasons.