Ajinkya Rahane fulfilled his responsibility with flying colours, our relationship is based on trust: Kohli

Virat Kohli on Thursday said his relationship with Ajinkya Rahane is based on trust and hailed his deputy for fulfilling his responsibility with "flying colours" in Australia. 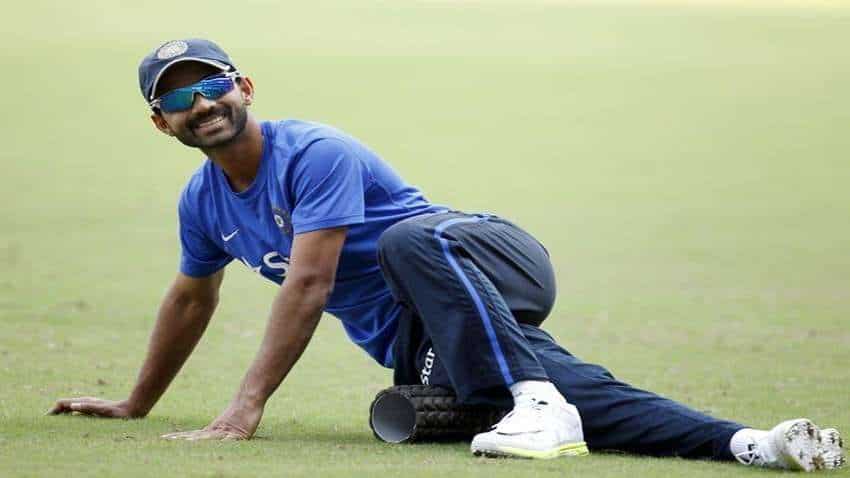 Ajinkya Rahane fulfilled his responsibility with flying colours, our relationship is based on trust: Kohli. Source: Reuters

Virat Kohli on Thursday said his relationship with Ajinkya Rahane is based on trust and hailed his deputy for fulfilling his responsibility with "flying colours" in Australia.

Only days after Kohli had gone on a paternity leave following the disastrous first Test in Adelaide, Rahane led an injury-ravaged Indian team to a 2-1 series victory. On Wednesday, Rahane had said he was "happy to take the back seat".

A day later, it was Kohli's turn to speak on their equation.

"Not just Jinks and me, the camaraderie of the whole team is based on trust and all of us are working towards only one goal and that is to see India win.

"I would like to mention, he fulfilled his responsibility in Australia with flying colours, it was amazing to see him lead the team towards victory, which has always been our goal," Kohli said during a virtual media interaction on the eve of the first Test against England.

Kohli believes that his bonding with Rahane off the field also helps in their on-field relationship.

"Me and Jinks, we have always enjoyed batting with each other. It's quite evident on the field that we share mutual respect. There is bonding off the field also. We do chat a lot, stay in touch and it's a relation based on trust."

Rahane's ability to give sound advice has always been something that the skipper looks forward to in a match situation.

"He is always been someone who has had the capability and capacity to give inputs at different stages, and we do have discussions on the field towards where the game is heading."

There have been times when Kohli, by his own admission, went up to Rahane and sought his advice.

"I go and discuss a lot of things with him to get more clarity and perspective other than me focussing on team plans. That's how we work together. That's the massive reason for success of Indian team in Test format.

"That partnership will be the same as it has been, mindset for me, him and everyone remains to take Indian cricket forward," the skipper said.