The letter states that "massive investment is planned for development of airports in next five years" and "six waterdromes are also going to be connected under UDAN-3". 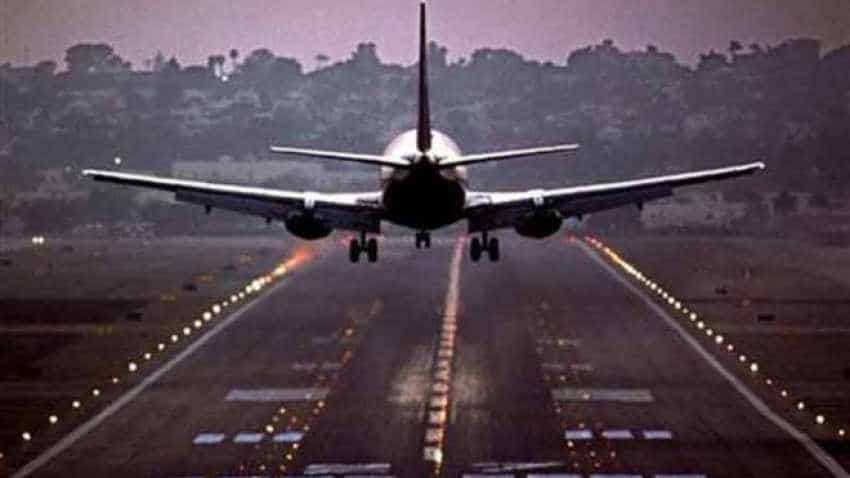 The ministry's letter has been titled: "Key achievements and initiatives of Ministry of Civil Aviation." Image source: Reuters

Months before the nation goes to polls, the Civil Aviation Ministry has "requested" airlines flying on domestic routes to give their passengers a letter written by Suresh Prabhu that enlists various "achievements and initiatives" of the Narendra Modi government in the aviation sector. The airlines operating on the domestic routes have been sent a note along with the letter written by Prabhu, a copy of which has been accessed by PTI.

"I am directed to forward herewith a letter from Honourable Minister of Civil Aviation (Suresh Prabhu) and to request you to forward it to all the passengers travelling in your airline," stated the note dated February 20, which was sent to all scheduled domestic passengers airlines.

"Further, it is requested to inform the number of letters dispatched on daily basis to this Ministry," the note stated.

The ministry's letter has been titled: "Key achievements and initiatives of Ministry of Civil Aviation."

Prabhu's letter, which has his photograph, states: "Dear Valued Passengers, Under the visionary and able leadership of Honourable Prime Minister Shri Narendra Modiji, the country has made tremendous progress in all areas of economic development during the last 50 months or so of this Government and civil aviation sector has not remained untouched in this unprecedented success story."

It adds: "We have thoroughly transformed the aviation sector and today India has emerged as the world's fastest growing aviation market. I would like to share with you some of the key achievements and initatives of the Ministry of Civil Aviation in the last few months."

Through bullet points, the letter then enlists the achievements and initiatives of the Modi government: "Unveiling of first ever National Civil Aviation Policy in June, 2016; Launch of Regional Connectivity Scheme - Ude Desh Ka Aam Nagrik in October, 2016; Launch of NABH (Next Generation Airports in Bharat) NIRMAN to prepare for 1 Billion passenger trips."

"Total number of operational airports increased to 100 airports with the inaugration of Pakyong Airport in Sikkim in September 2018; The Government has announced development of six airports under PPP to bring efficiency in airport operations and increase passenger facilities," the letter says.

The letter states that "massive investment is planned for development of airports in next five years" and "six waterdromes are also going to be connected under UDAN-3".

"In the year 2018, almost 1390 lakh passengers were carried by domestic airlines against 1172 lakhs in the year 2017, thereby registering a growth of 19 per cent; Air Cargo Policy which will be announced very soon will further propel the air cargo," it adds.

The letter mentions, "Release of Vision 2040 document to prepare the Civil Aviation Industry in India for sustaining the robust growth by focusing on infrastructure, MRO, Cargo, General Aviation and other related areas."

The letter also lists various other initiatives of the present government in the sector.