The plane descended from 35,000 feet to 10,000 feet in 10 minutes as is standard practice in a decompression event, according to FlightRadar24 data, then ascended and continued the flight at a peak altitude of 26,600 feet rather than heading to a nearby airport to land. 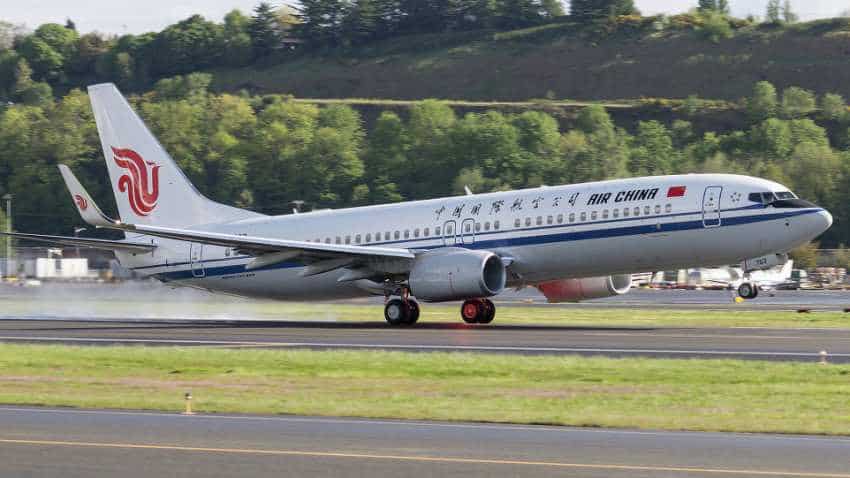 Chinese authorities are investigating after an Air China aircraft made an emergency descent to 10,000 feet (3,048 metres), during which oxygen masks were deployed, and then climbed again to continue on to its destination.

The northeast bureau of the Civil Aviation Administration said on its website that the Boeing 737 flight CA106 from Hong Kong to Dalian was cruising on Tuesday with 153 passengers and nine crew.

No injuries were reported and the plane was not damaged, it said, adding that it was examining the flight data recorder and the cockpit voice recorder to determine what happened.

The plane descended from 35,000 feet to 10,000 feet in 10 minutes as is standard practice in a decompression event, according to FlightRadar24 data, then ascended and continued the flight at a peak altitude of 26,600 feet rather than heading to a nearby airport to land.

Industry experts said the decision to climb and continue the flight was unusual given the oxygen masks had already been deployed and there was a risk another decompression event could occur after the one-time supply of 12-20 minutes from the oxygen masks was used up.

"The crew would not have been able to accurately assess the amount of emergency oxygen available," said a former Qantas head of safety, Ron Bartsch. "In my opinion the pilot in command should have landed at the nearest suitable airport."

A passenger who only gave his surname as Wang told the government-run China News Service that passengers were told that the aircraft cabin was experiencing decompression.

Chinese news website Sina reported cabin pressurisation was restored and the aircraft began to climb again despite oxygen masks having already been deployed.

Sina quoted other passengers as saying that they experienced a second scare towards the end of the flight, when an announcement was made asking passengers to put on the oxygen masks even though his had been depleted. However, the cabin crew dismissed it as a false alarm, it said.

In 2000, an Alaska Airlines flight experienced pressurisation issues and oxygen masks deployed, prompting a return to 10,000 feet. Once the issue was resolved, the pilots continued the flight, reaching a peak altitude of 41,000 feet.

Both pilots were later stripped of their licences. The U.S. National Transportation Board said the captain had "knowingly and unnecessarily exposed 88 passengers and three cabin crew members to the significant likelihood of sudden, serious brain injury or death in the event the aircraft experienced another pressurisation problem".

State-backed newspaper Beijing News, citing unnamed sources, said that crew members had been smoking during the Air China flight. Air China declined to comment on the reports, but said on its official Weibo account on Wednesday that it would show "zero tolerance" if its crew were found to have committed wrongdoings.