Agri-schemes not disjointed but linked at various stages: Agri Min 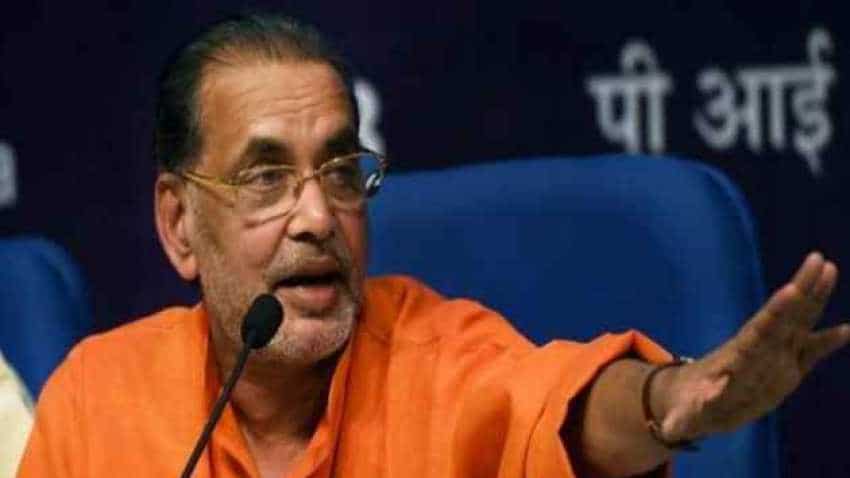 Indian agriculture is confronted with high price volatility and climate risk for which adequate preparedness has been in place, he said.

Due to steps taken by the government, despite climate risks, the overall crop production in the country is on the increasing trend, he added.

In a written reply to the Lok Sabha, Singh said, "The farmers' welfare/ supporting programmes and schemes are not disjointed", and the schemes are "linked" at various stages, including pre-production, production, harvesting, post-harvesting and marketing.

Various supporting programmes for farmers welfare have been provided by the government to cover the entire agri sector from pre-production to post-harvesting in tandem with a view to enhance economics of production, marketing and improving income of the farmers, he said.

To reduce the dependence of farmers on private money lenders, Singh said that the government has taken several measures to increase institutional credit flow and bringing down the interest rate on farm loans.

Further, with a view to provide better insurance coverage to crops for all stages, the government has launched crop insurance scheme under which Rs 16,967.92 crore claims was settled during Kharif 2017, he added.

The minister also mentioned that the government has been "reorienting" the agriculture sector by focusing additionally on an income-centric approach.

On a separate query that if more than 60 per cent of the markets in the country are still selling agri produce below the support price, Singh replied in negative.

"No madam. The price of agricultural produce is dependent on variety of factors at any given point of time...," he said.

Demand and supply of the produce, climatic conditions, perishable nature of produce and availability of transport are factors that affect the prices. The quality of parameters also play an important role in the price of commodity and procurement under the minimum support price (MSP), the minister said.

The price of agriculture produce is usually low immediately after its harvest due to increased supply in the market, which gradually picks up thereafter, he added.