It also advocated the need to stretch the long term inflation target to 5% from the RBI's targeted level of 4%. 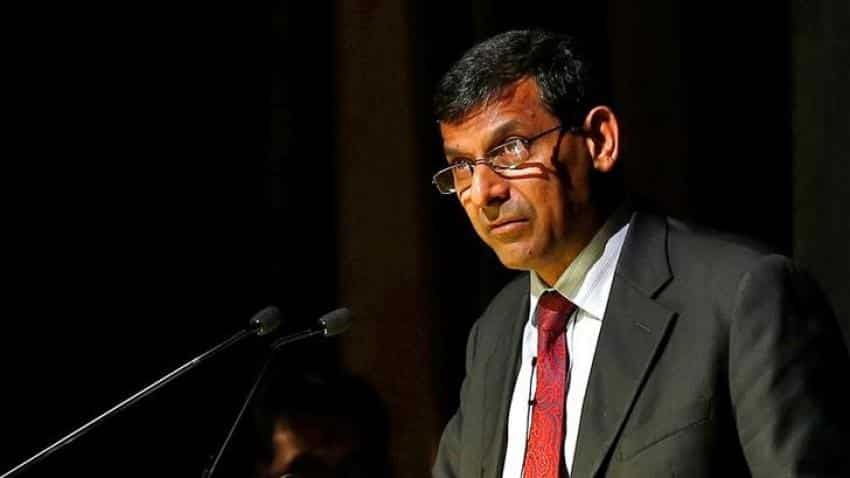 The report also described the RBI as an "extremely visionary, pragmatic and fairly independent" organisation throughout its history. Photo: Reuters
Written By: PTI
RELATED NEWS

Suggesting that Reserve Bank as an institution will not be impacted by Governor Raghuram Rajan's departure, the economic research wing of SBI has termed all other discussion surrounding his decision as "speculative and nonsense".

"We believe any institution is more important than individuals and ultimately what is important is the credibility and the independence of the institution and nothing else. Any other discussion apart from such is purely speculative and nonsense," SBI Research said in a note today.

"Is the event positive or negative for the economy or for the RBI as an institution? Institutions are human creations that decide the rules of the game, they strive to create a Nash Equilibrium, minimising the incentive for unilateral deviations," it added.

The report also described the RBI as an "extremely visionary, pragmatic and fairly independent" organisation throughout its history. There has been a lot of commentary on the circumstances that prompted Rajan to not accept a second term.

Rajan indicated that he wanted to continue, which led to criticism of the government for purportedly creating or allowing the circumstances, including the attack on him by BJP MP Subramanian Swamy.

The note issued today said it is also incorrect to say that RBI's fight with inflation started only under Rajan, pointing out that central bank has been an "enemy of inflation" since 1983.

It also advocated the need to stretch the long term inflation target to 5% from the RBI's targeted level of 4%.

"We still maintain that CPI inflation, which is significantly driven by the food and primary articles' prices and is more vulnerable to supply-side shocks, will not have a stable correlation with monetary policy instruments in short and medium time horizons," it said.