Reserve Bank of India and Securities and Exchange Board of India on Sunday put out a statement that they are closely monitoring recent developments in financial markets and are ready to take appropriate actions, if necessary. 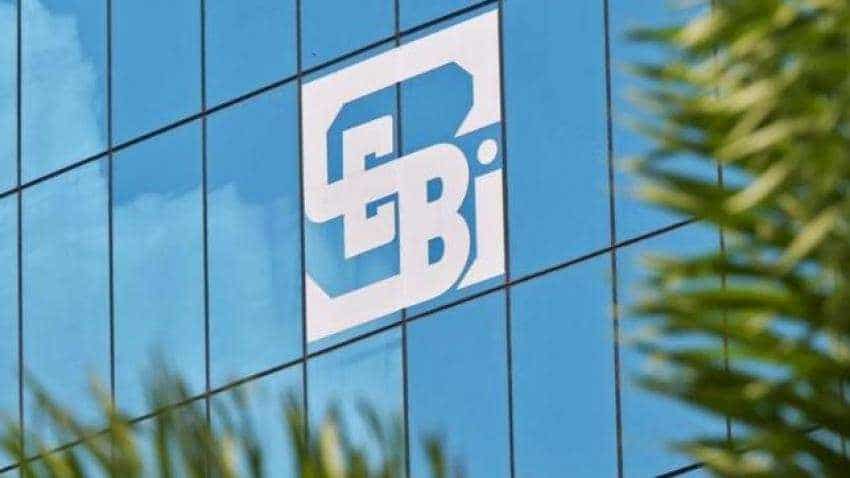 RBI and Sebi on Sunday put out a statement that they are closely monitoring recent developments in financial markets and are ready to take appropriate actions. Image source: Reuters
Written By: Ahana Chatterjee
RELATED NEWS

Reserve Bank of India and Securities and Exchange Board of India on Sunday put out a statement that they are closely monitoring recent developments in financial markets and are ready to take appropriate actions, if necessary. Government sources say that they are looking at the challenges faced by IL&FS and studying various solutions.

The statement comes after the market rout on Friday, which saw the Sensex tank more than 1,127 points during intra-day trading following a run on stocks of non-banking financial companies. It recovered later in the day to close just 279.62 points down.

The statement by the regulators and the signals from the government suggest that there is no cause for concern.

Rumours of a debt contagion spread by a section spooked the market and resulted in the dramatic yoyo in the Sensex on Friday, this is being monitored closely by Sebi.

Earlier, last week liquidity issues faced by IL&FS had made the market nervous. IL&FS is planning to sell a majority stake in its financial services unit and additional assets worth Rs 4,500 crore to pay down debts as the company rushes to meet its obligations and avoid bankruptcy.

“The Reserve Bank of India and the Securities and Exchange Board of India are closely monitoring recent developments in financial markets and are ready to take appropriate actions, if necessary,” said the regulators in a statement.

According to sources, the possible action that RBI can take is to infuse liquidity in the money markets to bring down the yields in the bond market while Sebi can step up their surveillance on market participants who are dumping assets to take advantage of the bearish sentiment in the market.

“This will help the investors to gain confidence. The regulators have taken such step before during the ICICI Bank case and it turned out to be good at that time. So, it is definitely going to help the market. The crash was more of a perception thing,” G Chokkalingam, managing director and founder at Equinomics and Research, said.

State Bank of India (SBI) chairman Rajnish Kumar also came out strongly in support of the NBFCs, saying there is no liquidity pressure and their credit profiles are strong.

Kumar told DNA Money, “The market sell-off on Friday was a knee-jerk reaction, which will harden the rates on corporate bonds. We have a large loan exposure to the NBFCs and they are all in good health. IL&FS had an issue which can be reversed when they sell their large portfolio of non-core assets, I don’t see any problems.”

Rumours are being circulated that SBI is wary of lending to NBFCs. “These rumours are baseless. SBI lends support to NBFCs in private and public sector within the regulatory policy framework and will continue to do so,” Kumar said separately in a statement.

The panic was triggered off last week when DSP, a mutual fund company, dumped non-convertible debentures (NCDs), a short-term debt instrument, of housing finance company DHFL worth Rs 300 crore at a yield of 11%. Though there was no redemption pressure on the fund, it was an overcautious move triggered after infrastructure financier IL&FS defaulted on loans to Sidbi and IDBI Bank. IL&FS has a debt of Rs 91,000 crore and is banned by RBI from accessing the commercial paper market until next year. Until July 6 this year, IL&FS was rated AAA, putting the rating agencies also under the scanner.

Keki Mistry, vice chairman and managing director of HDFC, said, “There was unnecessary panic in the market. Some companies may have a high debt-equity ratio, but for us it is only three times the debt.”

Bankers said the liquidity tightness is due to advance tax and GST payments sucking out money from the system and the government yet to start spending.

“Most of the housing finance companies are managing their asset liability well and there is no possibility of any further default. DSP selling off its holding in DHFL was an ultra-conservative reaction, which accentuated the liquidity situation,” said head of debt markets at a private bank.

“The interest rates on corporate bonds will shoot up by at least 0.40% to 0.50%. In fact, it will be difficult for NBFCs to raise money in the market until the market participants are going to be more responsible,” Ajay Manglunia, executive vice-president at Edelweiss Finance, said.

“Some recovery or bounce could be seen. The trend has turned negative, so need to see whether follow up buying happens or not. The index has been making the lower top-lower bottom, and till it doesn’t cross and hold above 11333 zones the trend could remain shaky,” Chandan Taparia, derivatives and technical analyst, Motilal Oswal Financial Services, said.