After months of drifting apart, India's wholesale and retail inflation are finally converging

Both WPI and CPI have reached to a series low in the month of May 2017 and are now just 1 basis point difference between each other. 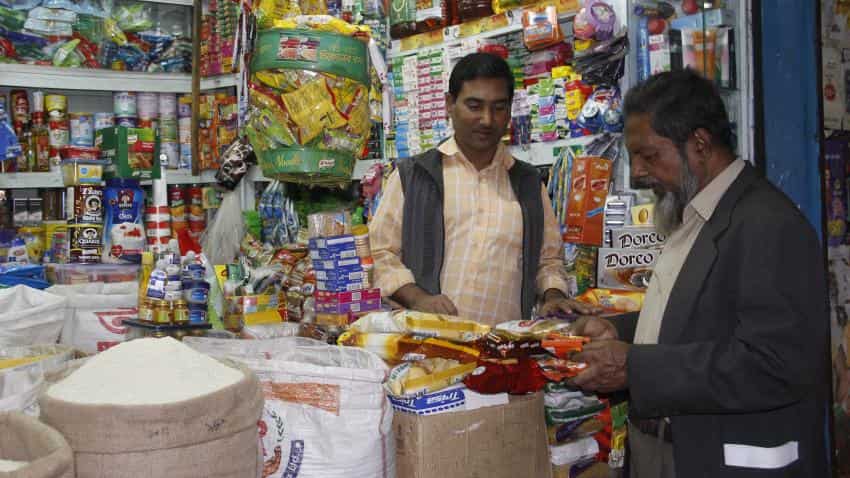 India's Consumer Price Index (CPI) and Wholesale Price Index (WPI) are now close to meeting each other after months of growing differences.

The difference between the two was at its widest in August 2015. 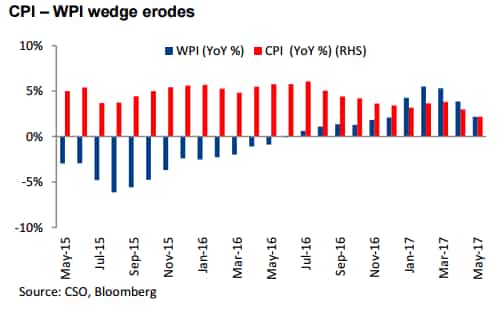 During  FY16, the CPI was hovering in the range of 5-5.5%, while WPI was negative throughout the fiscal.

Divergence in these two inflation metrics make for a confusing case for India's policy makers as ideally difference between WPI and CPI should not be more than one percentage point.

As per Sameer Narang and Indranil Pan, analysts, IDFC Bank, the decline in WPI was due to fuel and food indices.  While food inflation is a result of lower vegetable and pulses prices, fuel inflation has declined on the back of fall in international oil prices.

Analysts at Angel Broking said, “ A downward trend in CPI inflation and WPI inflation is a good sign for the price levels and the level of sustainable inflation. It means that cost push inflation does not look likely for now and that is good news for CPI inflation too.”

While analysts at State Bank of India, “The better and enhanced representation has reduced volatility of new WPI series significantly and brought it close to CPI, which is good signal for policy-makers as by targeting CPI they will automatically be targeting WPI as well.”

Sachin Jain and Jaimin Desai analysts at ICICI Securities said, "RBI seems to have focused on managing inflation expectation instead of actual number.”

Apart from risk factors arising from wage hike in House rent allowance under the 7th Pay Commission, this time RBI has mentioned the farm loan waiver as risk factor for inflation.

Core Inflation, however, still remains sticky. In May 2017 Core CPI inflation eased to 4.14%, however higher by 5.25% on year-on-year (YoY) and 0.35% on month-on-month basis as per data of Cholamandalam Securities. 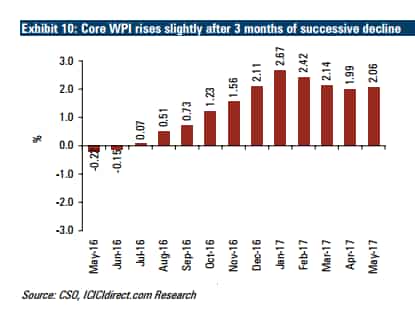 Also Read: What is core inflation and why does it continues to be a problem?

Upside risks to core CPI in the near term could arise from GST implementation and HRA payouts as highlighted by the RBI at its policy meet last month, stated ICICI Securities.