Acquisition of companies is not on our agenda: Baijendra Kumar, CMD, NMDC

Baijendra Kumar, chairman-cum-managing director of National Mineral Development Corporation (NMDC), said the miner’s Chhattisgarh steel plant may become functional in the next four to five months. In an interview with Swati Khandelwal of Zee Business, he talked about NMDC’s production target, pricing outlook, plans for steel-making and interest in tungsten. 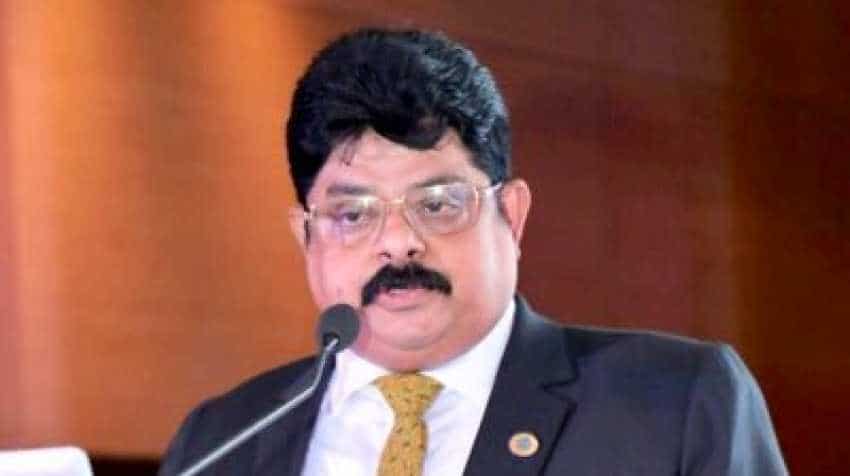 Baijendra Kumar, chairman-cum-managing director of National Mineral Development Corporation (NMDC), said the miner’s Chhattisgarh steel plant may become functional in the next four to five months. In an interview with Swati Khandelwal of Zee Business, he talked about NMDC’s production target, pricing outlook, plans for steel-making and interest in tungsten.

Do you think that NMDC will be able to meet its production target of 67 million tonne per annum (mtpa) by 2021-22 in wake of pricing and other external forces?

The target is based on studies that we did while planning NMDC’s strategy and expansion plans. This target will be revised up to 100 mt by 2030. People have faith in us and believe that NMDC has capabilities to produce 150 to 200 mt, but we have kept a conservative target because we want to have a scientific approach while producing. We were able to produce 35.5 mt in 2017-18, which was the highest production by NMDC since its inception. NMDC has the potential to do so as it has been into the business for the past six decades. We have the capital to invest as well as capex. In addition, we are creating joint ventures with the state governments. I am confident that we will be able to meet the target and it will be backed by the kind of support that we are getting from industry people, especially the steel industry.

What is the outlook for pricing?

In the case of business and industry, things are driven by the market. For instance, nobody will be interested in buying my produce if they are kept on the higher side. In fact, as a public sector Navratna company, we believe in keeping our rates at a reasonable level as we don’t have the motive to earn profit alone. We have designed a flexible system to decide our prices and that’s why we can revise the prices in a month or between the month. When it comes to pricing, then we want to have a transparent and marketable system, being reasonable to all stakeholders in the industry like steelmakers and pellet makers, among others. In addition, I feel that the steel industry is going to be stable for the next two-three years and their stability will help us in having sound prices at our end. I believe that we will be able to sell our products at good prices in future.

There are talks that NMDC will bring a buyback proposal.

Our promoter, the Government of India, holds 72.6% stake in NMDC. It follows a guideline while asking us or any other entity to go for the buyback programme and the same will happen with us. I would like to talk about the buyback programme of Rs 7,200 crore which was carried out two years back and we can go ahead with more buyback programmes whenever we have surplus cash available with us, and we are ready for the same at present. In fact, the government has sent its request for the purpose to us and the Board, which will take a final decision to go ahead with the idea or not. But we have commitments for which we will need capex and that’s why we have put our point of view to the steel ministry and other ministries. Our call will be based on whatever the government says as we are not against any decision which will help the nation.

NMDC has announced its plan to venture into steel-making. Can you let us know more about it?

It was planned five to six years back and the idea was backed with certain things like giving back to people of Bailadila (in Chhattisgarh), the place from where we have been extracting minerals since 1958, and have reached this place by providing employment. Secondly, the steel plant is not too far away from Bailadila, the place where we have our mines. It got delayed due to certain reasons but we are close to complete the project and hope that it will become functional in the next four to five months... There are people who question NMDC’s idea to be into steel-making when we are competent in mining activities. It is a good argument but what I feel that if steel company’s can mine, may be scientifically or unscientifically, then why should we stop ourselves from entering into the sector, at least when everything can be outsourced. In addition, we will start with three million tonnes, but I can say that it is the most modern steel plant in India now.

Do you have any plans to increase the production target at the steel unit as your production as a miner is quite high?

We are merchant miners and will be offering our products to others. But we don’t have any commitments to limit ourselves at three million tonnes only. In fact, we have signed an MoU (memorandum of understanding) with the Jharkhand government and are planning to come up with a steel plant. Not only this, but we have also brought a piece of land in Karnataka, where we can develop our own steel plant. But these plans will be brought into the picture after the mining auctions of 2020 are announced.

It means that you will be participating in those auctions?

Yes, if we are eligible for it because there is a problem associated in the bidding process. Companies can bid only if they have value addition capacity as well as inducing capacity. This means if you have a steel plant, then you can bid. In case of absence of steel plant, you will not be able to bid. However, we are requesting the central and state governments not to restrict us and allow us to participate and get a better price.

There have been talks of merging companies like NMDC, KIOCL (formerly Kudremukh Iron Ore Company).

This is being discussed for a decade and that’s why I can not provide my view on it, but it is not a bad idea of having a larger public sector enterprise. Interestingly, I have read and heard about the plans through media but officially, there has been no communication till now. Maybe it is there at a higher level. It is not a bad idea as we have seen a merger of banks too.

Several companies are being sent to National Company Law Tribunal for resolution. Have you identified something over there?

Do you have any plan to grow inorganically?

We have plans to concentrate more on our mining research and go for a more scientific process for mining. Acquisition of companies is not on our agenda at all.

You have displayed your interest in tungsten and have signed an MoU with Masan and Defence Metallurgical Research Laboratory (DMRL). You have also bought gold mines. What are your plans?

In Tungsten, we have got MoUs with some companies and some of the public sector undertakings are also interested with us. Some people also gave us a suggestion about Kings Island of Australia, a place with a good concentration of tungsten. But there is no point in acquiring something in an abundant quantity which is not useful to us. We will have tungsten that is needed in India. Interestingly, the MoU that has been done is enough and I am in touch with various organisations that are using it, and if there is a market for tungsten outside government requirements, then we will also look forward to it.