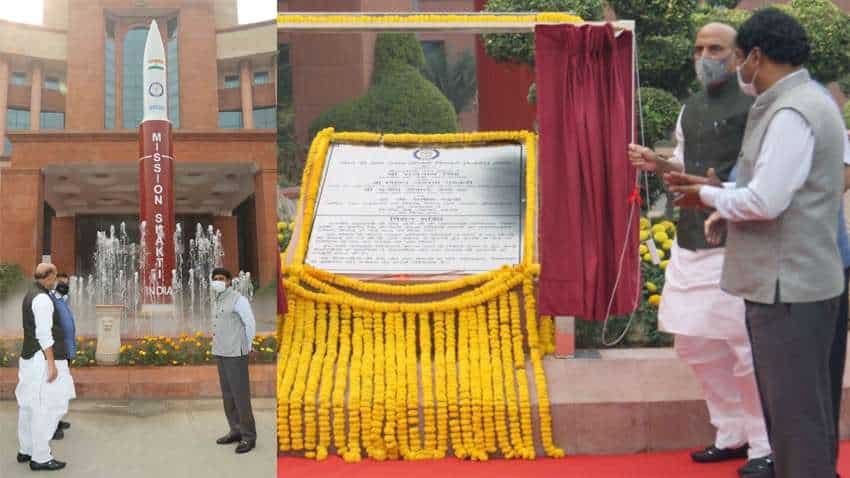 On this occasion, Rajnath Singh appreciated the innovative accomplishment of the team of scientists. Pics from Twitter of Defence Ministry.
Written By: Prashant Singh
Edited By: Harish Dugh
RELATED NEWS

In a major development, a model of Anti Satellite (A-SAT) Missile installed inside the DRDO Bhawan premises was unveiled on Monday by Defence Minister Rajnath Singh in the presence of Minister for Road Transport and Highways, Nitin Gadkari and Secretary DDR&D & Chairman DRDO, Dr G Satheesh Reddy. 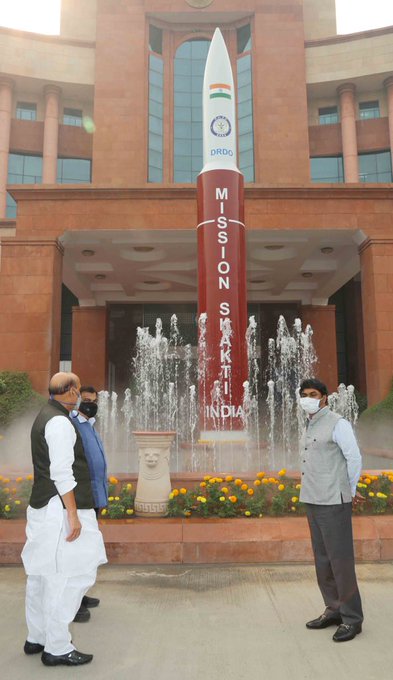 The successful conduct of Mission Shakti made India the fourth nation in the world with the capability to defend its assets in outer space.

On this occasion, Rajnath Singh appreciated the innovative accomplishment of the team of scientists. 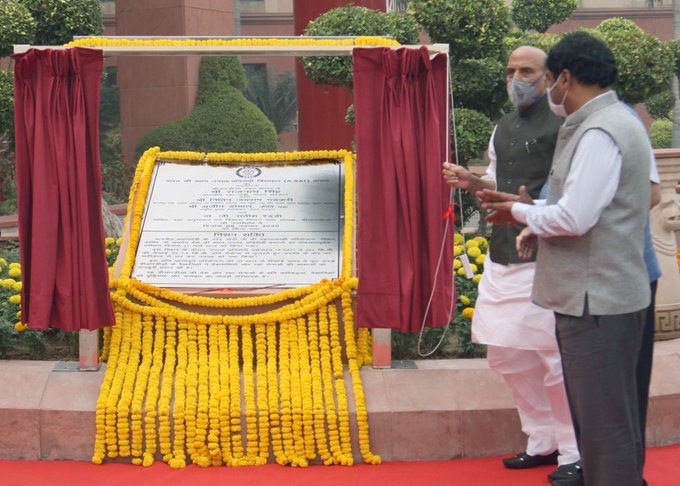 Secretary DDR&D & Chairman DRDO, Dr G Satheesh Reddy stated that the installation of the A-SAT model will inspire the DRDO fraternity to take up many more such challenging missions in future.

DRDO’s Centre for Fire Explosive and Environment Safety (CFEES), Delhi has developed the technology, which can detect the fire in passenger compartment in less than 30 sec and then suppresses it in 60 sec thereby reducing the risk to life and property to a significant extent.

Gadkari expressed satisfaction over the technology and wished to take it forward, as per a statement by Ministry of Defence.