A day in the life of Indian consumers after GST 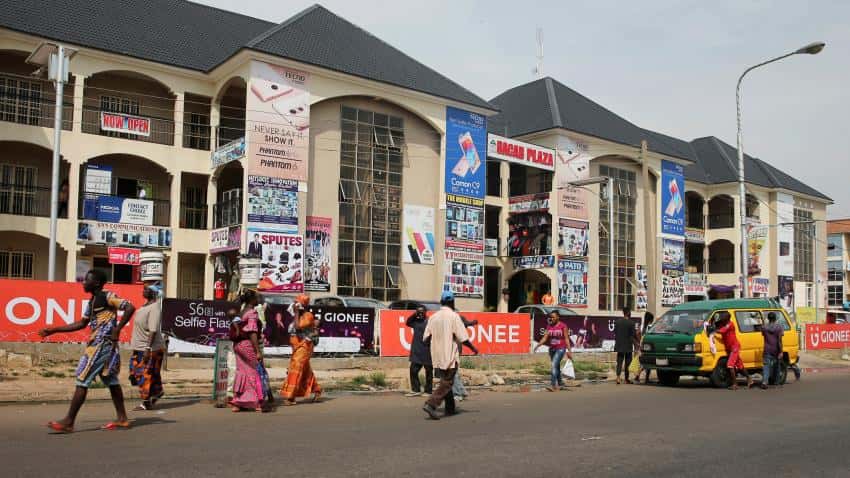 While the 5% and 28% tax rate will be implemented for necessities and luxury commodities respectively; the 12% and 18% are standard rates which will levy tax on all other commodities. Image Source: Pixabay
RELATED NEWS

While the 5% and 28% tax rate will be implemented for necessities and luxury commodities respectively; the 12% and 18% are standard rates which will levy tax on all other commodities.

The final inflationary or deflationary pressures on commodities will only be realised after the harmonisation with the respective tax rates and tax rates on individual products and services are decided. Even still, much speculation over impact of GST rates on inflation has been ruled out considering 50% of the items in the Consumer Price Index (CPI) will be kept out of the GST ambit (i.e. in the 0% tax slab).

Starting with the quintessential toothpaste and bathing soap which is currently taxed by the state government at 12% along with Value Added Tax (VAT) at 14.5% bringing peak duty charge of 26.5% would become cheaper under the target GST rate of 18%, Antique Morning Presentation analysts said in a report dated November 4.

Consumer goods like - personal care products & consumer durables/electricals - are expected to become cheaper as tax imposed on these goods currently are 21-30% and will drop to 18%, Suhas Harinarayanan, Richard Liu, Vicky Punjabi and Chandra Gopal Choudhary, analysts from JM Financial said in a report dated November 4.

Tea and Jam which have current effective tax on MRP at 5.66% each would effectively be reduced by 0.9% after GST implementation of 4.76% tax, a report by Economic Times said.

Analysts said that agricultural products like cereals, fruits and vegetables will continue to be exempted form tax.

Oil and gas other than petro rated products which will be in the 0% tax slab that have a current tax rate of 21-31% would become comparatively cheaper under the 18% tax rate, analysts Manoj Bahety, Manoj Bahety, Ankit Dangayach and Prashant Bothra from Edelweiss said in a report dated Novemeber 3. 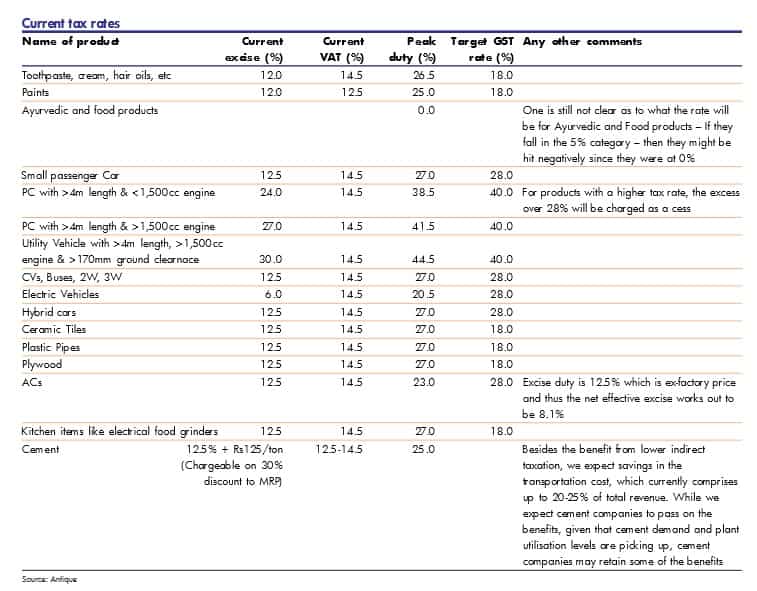 Demerit goods like cigarettes, aerated drinks, pan masala and high end SUVs which are going to be taxed at 28% with additional cess, will make the goods more expensive.

The GST Council said that the tax on cigarettes will be 65% which is higher than the current rate of around 45%.

Ayurvedic and food products, which are currently exempted from tax would be hit negatively if they fall in the 5% category, Antique analysts reported.