In Q3FY19, Avenue Supermarts witnessed single-digit growth of 2.1% in net profit to Rs 257 crore compared to Rs 252 crore net profit in the corresponding period of previous year. This is seen as the slowest quarter in eight. 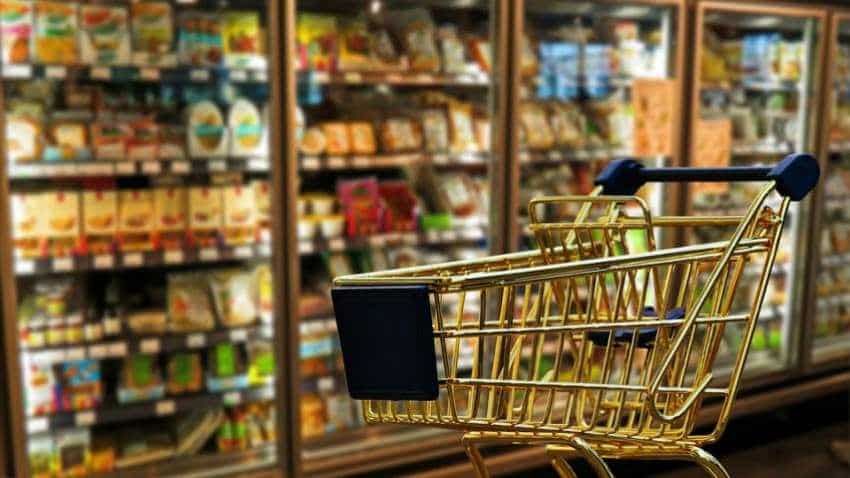 DMart is a one-stop supermarket chain that aims to offer customers a wide range of basic home and personal products under one roof. Photo: Pixabay

Nearly two years ago, a special stock changed the face of IPO markets! Yes, it was a blockbuster pick for investors and the year was 2017. The stock? Avenue Supermarts Limited (ASL). Today, however, things are very different. In fact, Radhakishan Damani led Avenue Supermarts', which operates supermarket chain under DMart brand, stock price is in big trouble. It was not always so. The debut was indeed sterling. To name a few records set by Avenue Supermarts includes 'best IPO' in a over a decade, best listing on exchanges since 2005, best returns in 2017, best stock among peers, hefty market valuations and many more. The records that ASL set, no retail chain service provider has managed. But looks like, party is now getting over and experts have now even started to roll out sell calls.

Such beating was due to December 2018 (Q3FY19) result, which the company announced last week.

In Q3FY19, Avenue Supermarts witnessed single-digit growth of 2.1% in net profit to Rs 257 crore compared to Rs 252 crore net profit in the corresponding period of previous year. This is seen as the slowest quarter in eight.

Further, ASL’s operating profit (EBITDA) margin came in at 8.3% which was deceleration of 200 basis points in Q3FY19 as against 10.3% a year ago same period.

Should you invest in ASL?

Yet, they also see margin expansion to be restricted by increased price competitiveness by peers (as indicated by channel checks). So, expect EBITDA/PAT CAGR of 30%/31% over FY18-21 (FY20 EBITDA estimate raised by 10% led by revised growth and margin estimates).

Apart from this, ASL’s valuation remains rich  at 73x/54x FY20/21E P/E, for which Motilal believes that, there will be limited room for re-rating.

ASL’s performance in past two years has been rich and commendable. The investors who have remained invested in this company since IPO have become quite rich, you never know some may even have turned crorepati!

With this, ASL has given a behemoth 467% return to its investors in less than two years time. However, looks like the party is over for now, and ASL is seen entering a period of correction.

But a word of advice, Avenue Supermarts has a strong portfolio and potential, hence patience would be key!

DMart is a one-stop supermarket chain that aims to offer customers a wide range of basic home and personal products under one roof. Each DMart store stocks home utility products - including food, toiletries, beauty products, garments, kitchenware, bed and bath linen, home appliances and more - available at competitive prices that our customers appreciate. Our core objective is to offer customers good products at great value.

DMart was started by Radhakishan Damani and his family to address the growing needs of the Indian family. From the launch of its first store in Powai in 2002, DMart today has a well-established presence in 164 locations across Maharashtra, Gujarat, Andhra Pradesh, Madhya Pradesh, Karnataka, Telangana, Chhattisgarh, NCR, Tamil Nadu, Punjab and Rajasthan. With our mission to be the lowest priced retailer in the regions we operate, our business continues to grow with new locations planned in more cities.

The supermarket chain of DMart stores is owned and operated by Avenue Supermarts Ltd. (ASL). The company has its headquarters in Mumbai.