Assam's opposition leader Debabrata Saikia mourned the death of former chief minister Tarun Gogoi, saying that the state was beset by an economic crisis and secret killings when he assumed power but resolved the problems with great efficiency. 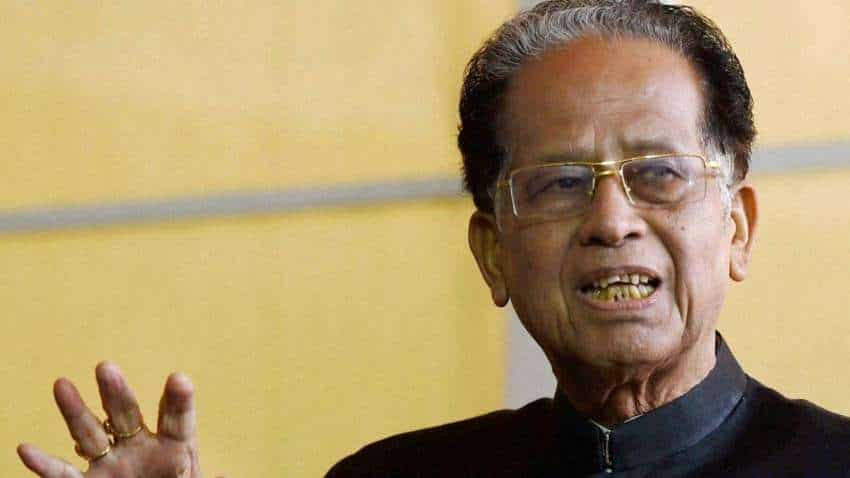 Tarun Gogoi died at the age of 84 while undergoing treatment for post-COVID-19 complications.

Assam's opposition leader Debabrata Saikia mourned the death of former chief minister Tarun Gogoi, saying that the state was beset by an economic crisis and secret killings when he assumed power but resolved the problems with great efficiency.

Gogoi was 'Bhishma Pitamaha' for the Congress workers of the state, he said.

"I am distraught at the demise of our esteemed leader, Tarun Gogoi, who was the only person to become the chief minister of Assam for three successive terms," the Congress leader said.

"He has left us grief-stricken and rudderless. He had become an institution by himself during his lifetime and his demise has left a vacuum not only in Assam but India as well," he added.

Saikia said that it was a matter of pride for the Congress that many developmental works took place during his 15-year tenure as the chief minister -- the construction of the first four-lane highways, the establishment of new medical colleges in various places, a women's university in Jorhat, a fashion design institute, and a new Secretariat complex at Dispur.

"Assam was beset by an economic crisis and secret killings, among others, when Gogoi became the chief minister for the first time. He resolved these problems with great efficiency," Saikia said.

His political career began in 1971 and continued for five decades, winning elections to the Lok Sabha and the assembly, he said.

"This testifies to the fact that his popularity was pan-Assam and not confined to any specific region," the Congress leader said.

"Gogoi sat next to me in the House and I got the opportunity to know a lot of things about him. Sometimes, he would express the desire to speak in the House on some specific issue and I would then reserve the entire time allotted to the Congress legislature party for Gogoi. On such occasions, he would come prepared with detailed notes on sheets of paper," Saikia said.

Gogoi died at the age of 84 while undergoing treatment for post-COVID-19 complications.

He was the chief minister of Assam from 2001 to 2016, a six-time parliamentarian and Union minister twice.