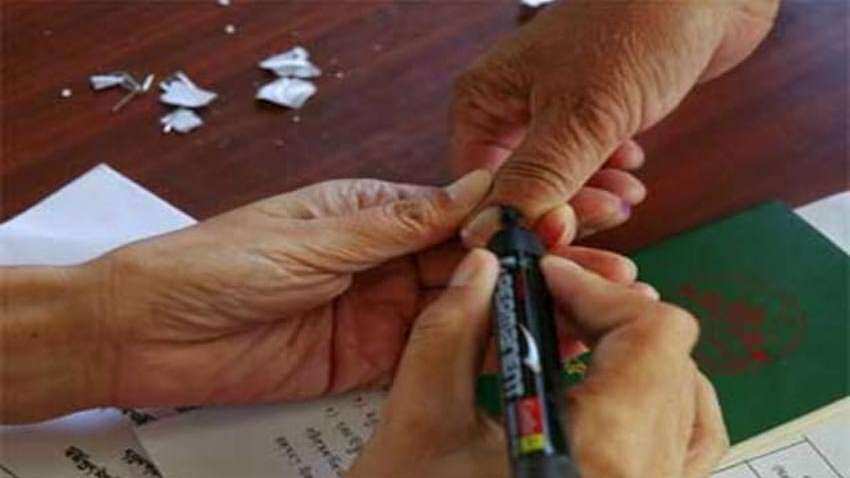 Hyderabad civic body election: Polling got underway on Tuesday in the high-stakes Greater Hyderabad Municipal Corporation (GHMC) election following a vociferous and often acrimonious campaign. The voting for the 150-ward GHMC began at 7 am and it would be ending at 6 pm.

Talking to reporters, both Kishan Reddy and Rama Rao appealed to the electors to vote without fail.

The total number of contesting candidates is 1,122.

The Telangana State Election Commission (SEC) has made elaborate arrangements for the balloting process by deploying 48,000 (including reserve) polling personnel and 52,500 strong police force.

The commission had decided to conduct the election with ballot papers after obtaining the views of major political parties and the Health Department in view of the COVID-19 pandemic and taking into consideration various relevant issues, it had said.

The commission has also made special arrangements in view of the pandemic.

The main contest in the poll is among the ruling TRS, opposition BJP and the Congress. The run-up to the polling witnessed a high decibel and often acrimonious campaign.

Buoyed by its victory in the recent bypoll to Dubbak Assembly constituency, the BJP conducted a powerful campaign to win the GHMC polls, to boost its chances in the assembly elections in 2023.

The BJP highlighted the TRS' "alliance" with the AIMIM and sought votes to provide clean and transparent governance in the city. The TRS, however, denied any alliance with the AIMIM.

A bad loss in the GHMC elections could dent the TRS' image and bolster the opposition to step up its campaign against the ruling party.

The Congress campaign was led by its state president N Uttam Kumar Reddy and working president A Revanth Reddy and other senior leaders.

Once a major force in the state, but marginalised now, the TDP sought to revive its fortunes highlighting the development witnessed in the city, including in the IT sector, during N Chandrababu Naidu''s regime as chief minister in undivided Andhra Pradesh.

The TRS and BJP leaders were engaged in a war of words attacking each other.

The allegations continued on Monday as well with the BJP saying the ruling TRS indulged in unfair means and misuse of power to win the election.

Counting of votes will be taken up on December 4.