AIPEF Chairman Shailendra Dubey said that that in Uttar Pradesh, the load-crash was 4,384 MW and at national level, it was about 31,000 MW which is "unprecedented". 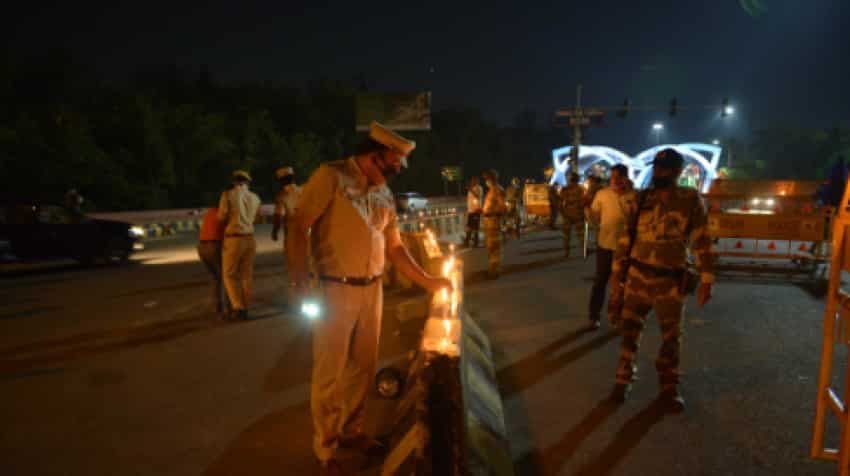 Adequate arrangements and protocol were in place to handle the power demand variation, Photo: IANS
Written By: IANS
RELATED NEWS

Staff at power companies including PowerGrid, NTPC, NHPC among others said that they worked overtime to see that the power did not go out of control.

According to a Power Ministry official, adequate arrangements and protocol were in place to handle the power demand variation.

The All India Power Engineers Federation has congratulated power engineers and its employees for secure and reliable operation of power grid.

AIPEF Chairman Shailendra Dubey said that that in Uttar Pradesh, the load-crash was 4,384 MW and at national level, it was about 31,000 MW which is "unprecedented".

Dubey noted that the whole credit goes to system engineers and employees.

Further, power producers reduced the generation much ahead of the event and reduced load on the grid that was to reduce power demand drastically. Load despatch centres had informed scheduling of power much ahead to prevent a voltage surge when all of sudden demand falls.

All state governments` load despatch centres were kept in the loop so that there was proper management of the grid, said people in the know.

Initially, there was a scare and it kept power officials busy during the weekend.

A BSES statement said: "Following Hon`ble PM`s appeal, an estimated 17 million residents in BSES area switched-off their lights for 9 minutes, There was a reduction of 473 MW in BSES areas (Delhi 726 MW). We coordinated the mega event with other stakeholders at both the Central and State levels and successfully managed the event in our license area of 950 square KM in Delhi."

The minister said there was huge response to Prime Minister`a call as power demand went down from 117 GW to 85.3 GW within a span of 4-5 minutes.

He noted that this was handled "very very well by engineers across all levels". He congratulated all of them and said that ramp-up was also done "very smoothly" as demand and supply was back to 110 GW.

Singh also congratulated engineers at the NLDC, RLDCs, SLDCs for their professional handling, adding that the response to the event was much beyond expectation.

Complementing power gencos like NTPC, NHPC, THDC, he said they stood up to the task.

Right at 9 p.m., Indians switched off lights and lit candles or flashed mobile torches for nine minutes to express solidarity with "Corona warriors".

From metropolitan cities like Delhi and Mumbai to tier two cities like Madhya Pradesh`s Gwalior or Karnataka`s Mysuru, people rose above their political inclination to respond to PM Modi`s call and project a united front against the coronavirus pandemic.