Over four million commuters including students were badly hit as the strike by over 20,000 employees of the Bombay Electric Supply and Transport (BEST), the lifeline of the city, entered the seventh day here on Monday. 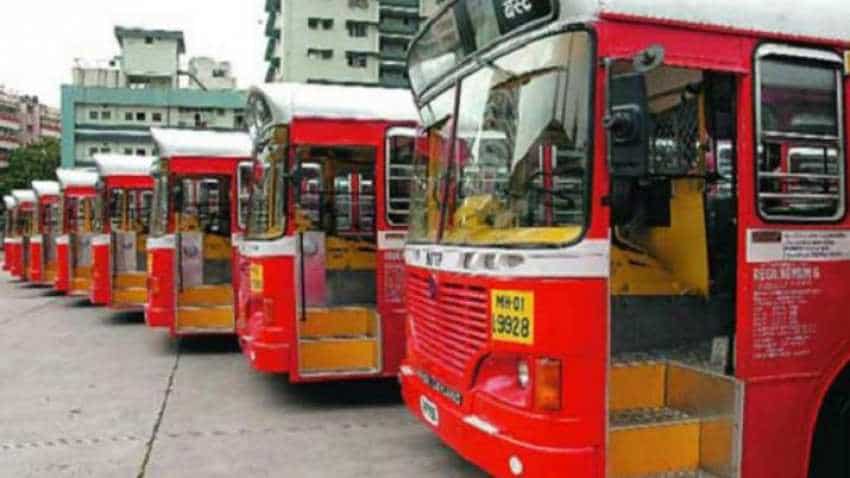 Over four million commuters including students were badly hit as the strike by over 20,000 employees of the Bombay Electric Supply and Transport (BEST). Image source: PTI

Over four million commuters including students were badly hit as the strike by over 20,000 employees of the Bombay Electric Supply and Transport (BEST), the lifeline of the city, entered the seventh day here on Monday.

Amidst moves to "privatise" BEST - which supplies electricity to south Mumbai and also runs the public bus services catering to commuters in Mumbai, Mumbai suburbs, Thane and Raigad - the ruling Shiv Sena and Bharatiya Janata Party (BJP), worried over its political repercussions, have been struggling to bring the buses back on the roads.

While the opposition Congress and the Nationalist Congress Party have squarely blamed the Sena-BJP for the developments, the Maharashtra Navnirman Sena has threatened to hold demonstrations all over Mumbai on Monday if the strike issue is not resolved.

The main BEST Workers Union President Shashank Rao has said that they will take a final decision on the issue after a hearing in the Bombay High Court later on Monday.

The state government will submit a report on the matter after hearing both the BEST administration and the employees' BEST Sanyukt Kamgar Kriti Samiti (BSKKS).

The indefinite strike since January 8 is for the main demands of the employees including merger of the annual budgets of the cash-rich BrihanMumbai Municipal Corporation (BMC) with the loss-making BEST, wage agreements including provisions for implementing the 7th Pay Commission recommendations and making salary slabs of 14,000 junior staffers who have been underpaid since 2011 at par with regular employees in the same payscale.

In the meantime, the government has attempted to ease the commuters' misery by deploying extra Maharashtra State Transport Corp. Ltd. buses and school buses besides the Western Railway and Central Railway chipping in with extra train services.

Founded in 1873 as a tram service, the BEST is reportedly sitting on a massive loss of around Rs 2,500 crore in the past few years after it was hit by developments like the Mumbai Metro, Monorail, augmentation of cabs, rising fuel costs and other factors.