Sitharaman said that bio fuel effective usage and production of ethanol for being environmentally friendly is also being incentivised. 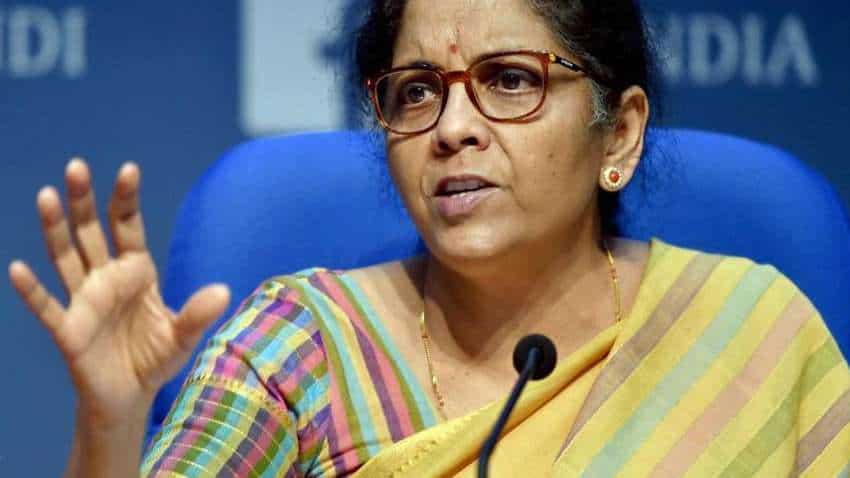 Union Finance Minister Nirmala Sitharaman on Tuesday, speaking at the 4th India Energy Forum CERAWeek, said that spend on infrastructure, food processing and agriculture exports is the top priority of the Modi government. Moreover, the FM said that government is targeting renewable energy investment, hydrogen-related allied energy investment, and service, product related to fin-tech.
Further, Sitharaman added that incentivisation for the energy sector will take place in the form of energy conservation and environmental consciousness.

Sitharaman said that bio fuel effective usage and production of ethanol for being environmentally friendly is also being incentivised. "Government is investing in strategic reserves in India, abroad both," she added.

On Sunday, PM delivered the inaugural address at 4th India Energy Forum CERAWeek through video conference. The theme of this edition is "India's Energy Future in a world of Change".

Speaking on the occasion, the Prime Minister said India is full of energy and its energy future is bright and secure. He elaborated that in spite of various challenges like fall in energy demand by almost one third, prevailing price instability, impacted investment decisions, projected contraction in global energy demand over the next few years, India was projected to emerge as a leading energy consumer and is projected to nearly double its energy consumption over the long term.

The Prime Minister pointed out that India is the third-largest and the fastest-growing aviation market in terms of domestic aviation and Indian carriers are projected to increase their fleet size from 600 to 1200 by 2024.

He underlined that with the government taking a series of policy steps to make India an attractive investment destination, there are tremendous opportunities in the energy sector in India. India now allows 100% FDI in exploration and production projects and has permitted 49% FDI in public sector refining under the automatic route. These reforms are translating into increased FDI flow in the sector, he said.

He added that the country is taking steps to move towards a gas-based economy and said that a gas pipeline network is being developed to achieve ‘One Nation One Gas Grid’. He also talked about efforts towards expanding city gas distribution networks to assist the supply of cleaner cooking and transportation fuels. He further highlighted that India is also aiming to become a hub for chemicals and petrochemicals manufacturing and exporting.

Atletico still not through as Mueller snatches draw for Bayern

Atletico must wait as Mueller snatches draw for Bayern