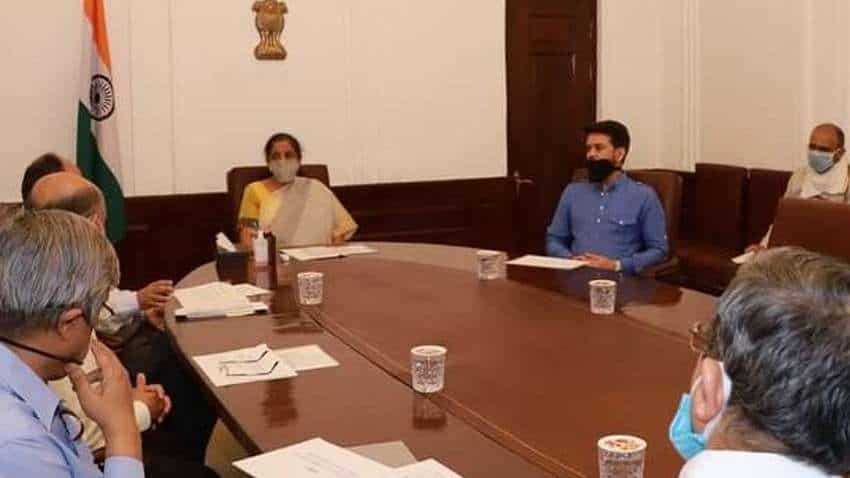 GST Council meeting date in 2021: In a major development, the GST Council will meet for the first time this year on May 28, through video conferencing. The meeting coming in the backdrop of the fresh and more deadly Covid wave sweeping the country, is expected to announce a few Covid relief measures particularly on compliance matters. It may also announce a few measures to correct the inverted duty while discuss the compensation cess dues arising in 2021-22 due to a possible shortfall in cess collections. Two other important items including lowering of GST rates for two wheelers and bringing natural gas into the indirect tax fold may also be included in the agenda for discussion.

No GST Council meet since Oct 2020

The GST Council has not met since October last year when the panel of finance ministers discussed GST compensation and the borrowing formula offered by the Centre towards compensating states for GST shortfall.

"Smt @nsitharaman will chair the 43rd GST Council meeting via video conferencing at 11 AM in New Delhi on 28th May 2021. The meeting will be attended by MOS Shri @ianuragthakur besides Finance Ministers of States & UTs and Senior officers from Union Government & States," the office of the finance minister said in a tweet.

Smt @nsitharaman will chair the 43rd GST Council meeting via video conferencing at 11 AM in New Delhi on 28th May 2021. The meeting will be attended by MOS Shri @ianuragthakur besides Finance Ministers of States & UTs and Senior officers from Union Government & States.

The 43rd meeting of the council is expected to again discuss the compensation issue for the current year but sources said it may also take a few steps to correct inverted duty structure without pursuing any increase in GST rates or move towards converging GST to a three rate structure.

Sources said that the council may at the next meeting also take up two other important items including lowering of GST rates for two wheelers and bringing natural gas into the indirect tax fold, as per a report in IANS. Moreover, the report adds, "A top source in the finance ministry said that inverted duty correction, GST cut on two wheelers and inclusion of natural gas into GST fold are on the agenda and hopefully the council will offer some solution that is in the best interest of all stakeholders."

Correction of inverted duty structure, especially in sectors such as fertilizer, steel utensils, solar modules, tractors, tyres, electrical transformers, pharma, textile, fabric, railway locomotives among other goods is required. Inverted duty refers to tax rates on inputs being higher than those levied on finished products. This results in higher input credit claims by goods besides several administrative and compliance issues. Currently, while duty on imported tyres is 10 per cent its inputs ie rubber attracts 20 per cent duty. Similarly, solar modules do not attract any duty while its components attract 5-10 per cent duty.

Similarly, the council may also consider lowering of GST rate of 28 per cent on two wheelers to give a boost to its sales affected during the pandemic. With a pickup in rural demand, as seen with increased tractor sales, any cut in rates would help the two wheeler makers to increase sales with competitive pricing.

The Council has in principle agreed to include five petroleum products under GST but has so far deferred its actual inclusion into the indirect as states fear big loss of revenue. But now, the government is considering bringing natural gas under the Goods and Services Tax (GST) regime to begin with as it would be difficult to bring the entire oil and gas sector immediately under it.

Further, the IANS report says, sources said that natural gas may be included under a three-tier GST structure where rates would vary depending on the usage. So, while piped natural gas (PNG) for homes may be kept at a lower rate of 5 per cent, commercial piped gas may attract the median 18 per cent GST rate and automobile fuel CNG may be kept in the highest bracket of 28 per cent.