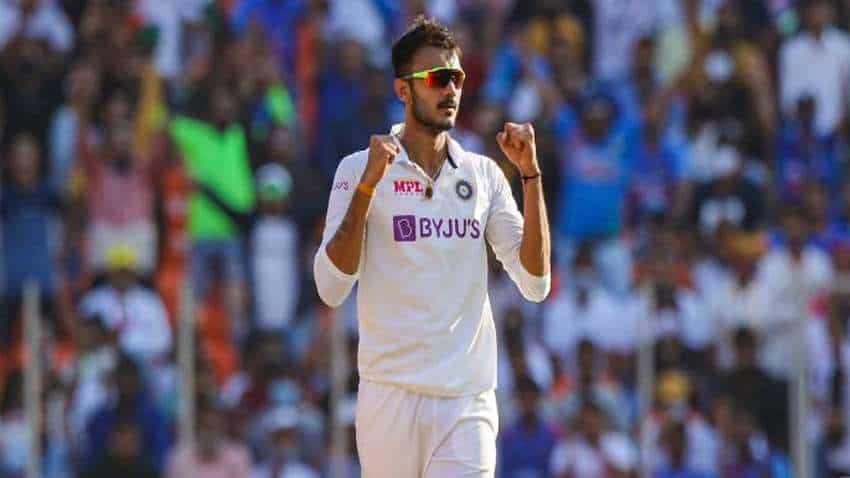 Ahmedabad, Feb 24 (IANS) Left-arm spinner Axar Patel took six wickets and off-spinner Ravichandran Ashwin bagged three as India blew away England for 112 runs in their first innings on the opening day of the third Test here on Wednesday. Opener Zak Crawley was the the top scorer for England with 53 -- the solitary half-century of the innings. The next highest score was captain Joe Root`s 17.

Patel ended the innings with 6/38 at the Narendra Modi Stadium, following his 5/60 in the second innings of the second Test in Chennai. Ashwin captured 3/26.

England started the second session of the day-night Test at 81/4 after Patel, Ashwin and fast bowler Ishant Sharma, playing his 100th Test, gave India the upper hand before tea.

Ollie Pope was bowled by Ashwin in the very first over the session, as he was deceived by a straight delivery that followed three consecutive balls that turned. Ben Stokes fell to Patel leg before the wicket in the next over, the dismissal being confirmed by the third umpire despite Stokes going for the review after the on-field umpire raised his finger.

Jofra Archer and Ben Foakes survived the next five overs before the former became Patel`s fourth wicket of the day. Ashwin struck again two overs later as Jack Leach edged the third delivery of his over to gully.

Patel then waited for just under 10 overs for his next wicket as Stuart Broad holed out at deep square leg. Ben Foakes was the last wicket to fall for England as he was bowled by Patel in the 49th over.

Earlier, Ishant gave India the initial breakthrough in the third over of the match with the dismissal of opener Dom Sibley. Patel then trapped Jonny Bairstow in front of the stumps off his very first ball of the match.

Captain Joe Root then stuck with Zak Crawley as the latter hit a counter-attacking half-century. However, the pair couldn`t see England through to the end of the session, with Root falling to Ashwin for 17. Axar then snaffled the wicket of Crawley towards the end of the session with the England opener departing for 53.