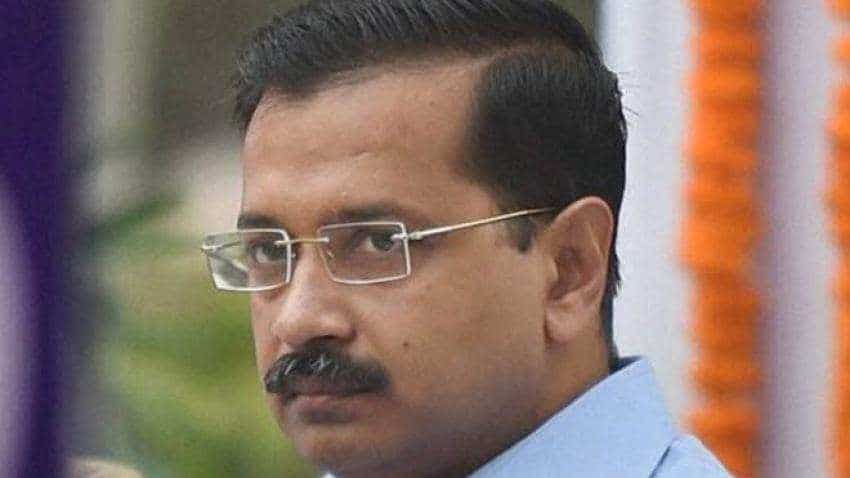 Arvind Kejriwal launched the scheme under which 40 public services, including driving licence, ration card and marriage registration certificate, will be provided at the doorstep delivery of applicants, Image source: PTI
Written By: PTI
RELATED NEWS

Will there be another lockdown in Delhi? Here is what we know so far

As many as 21,000 calls were attempted to avail the doorstep delivery of services on the first day of its launch, even as 369 appointments could be fixed due to heavy traffic at designated call centres, the Delhi government said Monday.

The government said that on the first day, the scheme evoked "tremendous response", adding that Chief Minister Arvind Kejriwal is himself monitoring the developments very closely and looking at the data every hour.

In the morning, Kejriwal launched the scheme under which 40 public services, including driving licence, ration card and marriage registration certificate, will be provided at the doorstep delivery of applicants.

"By 6 pm on Monday, the total number of calls connected were 2,728. Out of these 2,728, the number of calls answered stood at 1,286 at 6 pm. Rest of the calls were on waiting line and are being called back," the government said in a statement.

According to the BJP's statement, Tiwari dialed the helpline number in the presence of media but there was no reply to the call.

"This scheme seems to be an attempt to mislead the people of Delhi. There are many civic services in Delhi and the country which are working online, but Kejriwal is trying to show that only he has launched this scheme which is unique in the world," Tiwari alleged in the statement.

According to the Delhi government, the number of calls as compared to day 1 is, however, likely to go down on the consecutive days as there were many callers who called just out of curiosity and to know whether the scheme has started.

"The chief minister will be monitoring the data every hour for the next few days as he is of the view that there would be some teething problems and it will settle down in 2-3 days," government said.

The AAP government has hired a private company - VFS Global Services Pvt Ltd - through which its services will be provided at the doorstep of citizens.

After police verification, 66 'Mobile Sahayaks' (facilitators) have so far been hired through the company to set up a call centre.

The company's head of operations, Manpreet Singh Arora, said Delhi has 11 districts which will have six 'Mobile Sahayaks' and one supervisor each.

Arora said that more 'Mobile Sahayaks' will be hired and police verification for them is under process.

The 'Mobile Sahayak' will be equipped with all necessary equipment such as biometric devices and a camera.

As per the plan, if a person wants to apply for a driving licence, he or she will have to call the helpline number and give the details.

Thereafter, the agency will assign a 'Mobile Sahayak' who will visit the applicant's residence and get the required details and documents.

The government has also set up a feedback system for the citizens availing doorstep delivery of public services.

Will there be another lockdown in Delhi? Here is what we know so far