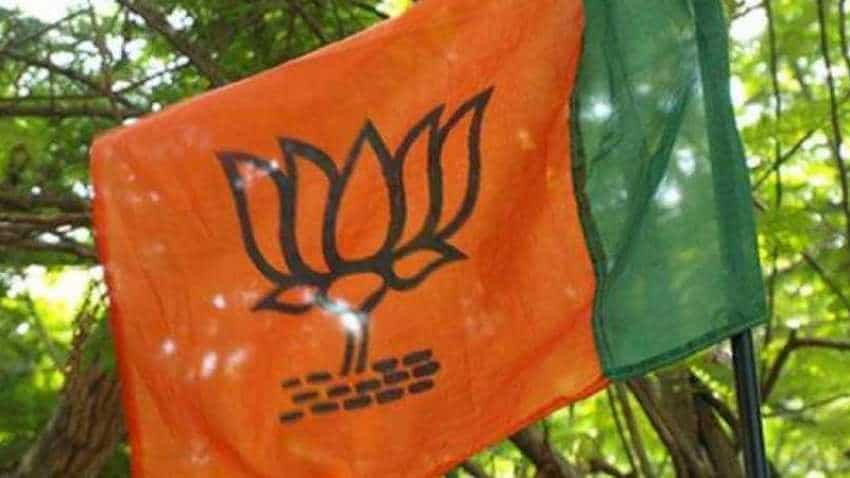 Karnataka saw attempts at coming together of "like- minded secular parties" against the BJP-led NDA ahead of the Lok Sabha polls next year. Image source: PTI
Written By: PTI
RELATED NEWS

The year that began with a campaign blitz for the May 12 assembly polls ended on a sad note with two tragedies striking in the form of a bus mishap killing 30 people and the death of 15 innocent believers after eating insecticide-laced prasad.

Karnataka saw attempts at coming together of "like- minded secular parties" against the BJP-led NDA ahead of the Lok Sabha polls next year, with top opposition leaders attending the swearing-in ceremony of the new Congress-JDS coalition chief minister H D Kumaraswamy.

After the elections threw up a hung assembly, the Congress and JDS stitched together a post-poll alliance to clinch power, days after the BJP, which emerged as the single largest party, failed to muster the numbers.

Alleged attempts by the BJP to poach the ruling coalition MLAs to destabilise the government and return to power added drama to the state political scene.

The Karnataka government's efforts for a separate state flag and religious minority tag for the dominant Lingayat community got mired in controversies.

The year ended on a sad note as it saw the passing away of of Union Minister Ananth Kumar, veteran Congress leader C K Jaffer Sharief and matinee idol-turned-politician M H Ambareesh, all within the span of a few days in November.

Karnataka's water wars with neighbouring Tamil Nadu and Goa continued in 2018 over Cauvery and Mahadayi disputes respectively, with the southern neighbour again dragging it to court over the proposed reservoir at Mekedatu across the Cauvery.

The controversy over celebrating Tipu Jayanti marking the birth anniversary of the controversial 18th century Mysore ruler Tipu Sultan, raging on for the last three years, captured national attention this year, too.

The year also saw the Special Investigation Team of Bengaluru police arrest some right wing activists for the killing of journalist-activist Gauri Lankesh, who was shot dead right outside her Bengaluru residence in September last year.

In the middle of the year, the state saw protests in parts of north, with demand for creating a separate state over alleged discrimination by successive governments, including the current dispensation, in budget allocation, developmental work and representation in the cabinet.

To smooth ruffled feathers, the Kumaraswamy government decided to shift some government offices to the northern region.

For the Bengaluru-headquartered Indian Space Research Organization (ISRO), the year was a mixed bag.

The space agency that performed seven successful launches this year, faced a setback, as it lost contact with its communication satellite with military applications- GSAT- 6A- two days after the launch on March 29.

Weeks after this, in a move that raised eyebrows, ISRO rescheduled the launch of its another communication satellite GSAT-11 and recalled it from from Kourou, French Guiana, citing the need for additional tests. The satellite was subsequently launched on December 5.

With new chairman K Sivan at its helm, the space agency also carried out a major technology demonstration in July, the first in a series of tests to qualify a Crew Escape System, which is a critical technology relevant for human spaceflight in an emergency.

Karnataka saw political turmoil after voters gave a fractured verdict in the assembly polls, with BJP winning 104 seats, while contesting separately the Congress and JD(S) won 78 and 37 MLAs in the 224-member house. The assembly also has a nominated member.

State BJP president B S Yeddyurappa was sworn in as the chief minister by Governor Vajubhai Vala, an old BJP hand from Gujarat, but resigned without taking the floor test in the face of imminent defeat.

With the Congress pledging support to a government headed by the JDS to keep the "communal BJP" out of power, Kumaraswamy became the chief minister and proved his majority in the assembly.

However, the opposition expressed doubts about its implementation, citing lack of clarity on how the government would go about it.

The coalition also managed to win most of the subsequent bypolls.

However, factional feud within the Congress party raised questions about the longevity of the government.

Reflecting strains in the JDS-Congress coalition, Kumaraswamy once said he was not happy being in the top post, and was swallowing his pain like 'Vishakantha' (Lord Shiva), who drank poison.

He also called himself the "child of circumstances", remarks that gave ammunition to the opposition, which said it showed he was wilting under pressure of coalition politics.

The year witnessed devastating floods in Kodagu hill region and parts of coastal Karnataka, one of the worst in recent times, when neighbouring Kerala also reeled under nature's fury.

In Kodagu, about 20 people died and thousands were displaced, as landslides destroyed houses and rampaging waters wrecked standing crops in vast swathes in the countryside.

Tragedy struck on November 24 when 30 passengers of a private bus were killed after the speeding vehicle plunged into a canal in Mandya district.

In another dire incident, 15 people died and over 100 others are still in hospitals after they ingested prasad served at the Kichchugutti Maramma temple in Sulivadi village of Chamarajanagar district on the Karnataka-Tamil Nadu border.

Police have arrested a local seer, who allegedly nurtured a grude after being sidelined in the management of the temple, and three of his accomplices for allegedly plotting to kill devotees by mixing insecticides with the prasad that was served on December 14.