On November 08, 2016, Modi scrapped high denomination notes namely Rs 500 and Rs 1000 - accounting 86% of India's currency. This event has been a hot topic since then across the country. 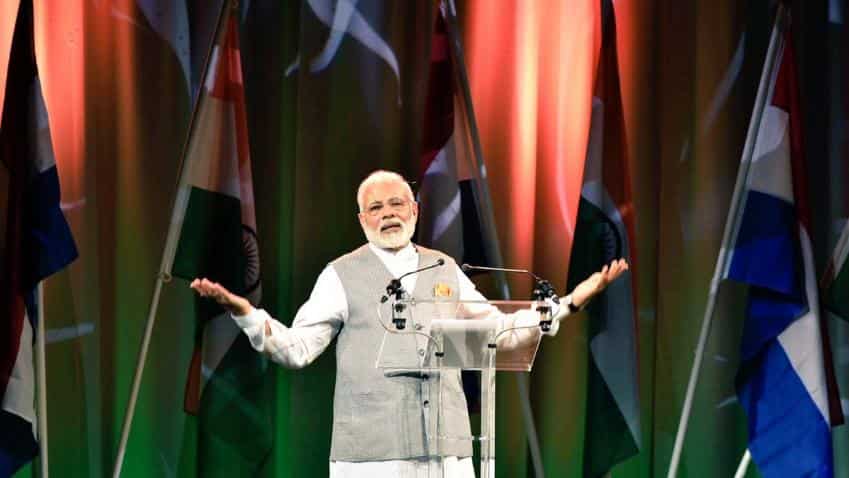 As the nation was winding up just "another" day, the Prime Minister's speech in an unscheduled live televised address at 20:00 pm on November 08, 2016 caught everyone by surprise.

It had to because, PM Narendra Modi's speech involved a move called as demonetisation commonly known as notebandi of all Rs 500 and Rs 1,000 banknotes - which would mean Indians had to give away 86% of the country's currency back to the government.

Demonetisation was inked with several objectives. They were- flushing out black money, eliminate Fake Indian Currency Notes (FICN), to strike at the root of financing of terrorism and left wing extremism, to convert non-formal economy into a formal economy to expand tax base and employment and to give a big boost to digitalisation of payments to make India a less cash economy.

Interestingly, in one-year of it's anniversary - demonetisation continues to remain a critical topic across India.

Just after the announcement, the country faced severe cash shortages for quite few months. There were lengthy queues and rush at the gates of banks for exchanging their scrapped notes.
Also Indian market's did not handle the move well - as both Sensex and Nifty fell by over 6% on November 09, 2016.

Going ahead, this movement not only partook in bringing India's GDP at three-year low of 5.6% in FY17 but also dented the Reserve Bank of India's financial performance.

In FY17, RBI’s dividend to the government is nearly half of the amount paid last year Rs 30,659 crore compared to Rs 65,876 crore in the same period of the previous year - reaching at five year low.

Amidst such scenario - it was mutual funds industry and benchmark equity indices which saw rise in their quantum of flows dramatically.

Data provided by MorningStar, it was known that mutual fund industry AUM has crossed the Rs 20 lakh crore mark in 2017 and has more than doubled since 2014. 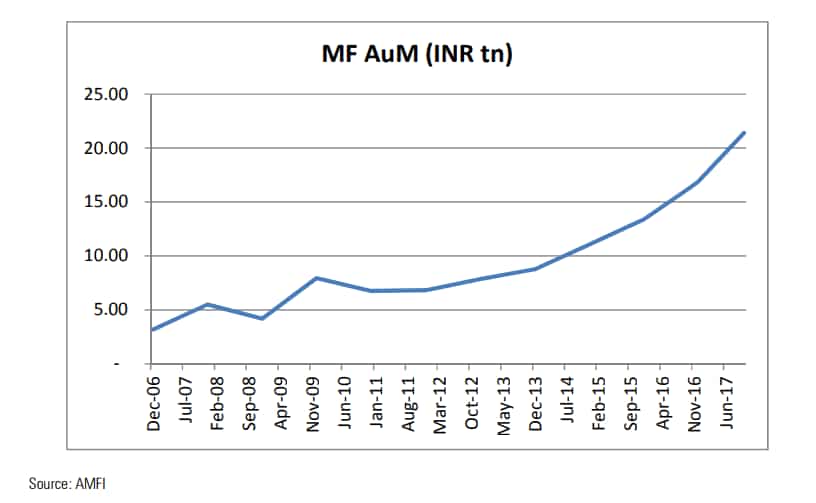 Since the demonetisation, overall this industry has grown by a whopping 32% on year-on-year basis.

Analysts at MorningStar said, "All segments of the market have shown immense growth, but retail investor participation and flows into Equity & Balanced Funds are the two stand out trends over the last few years." 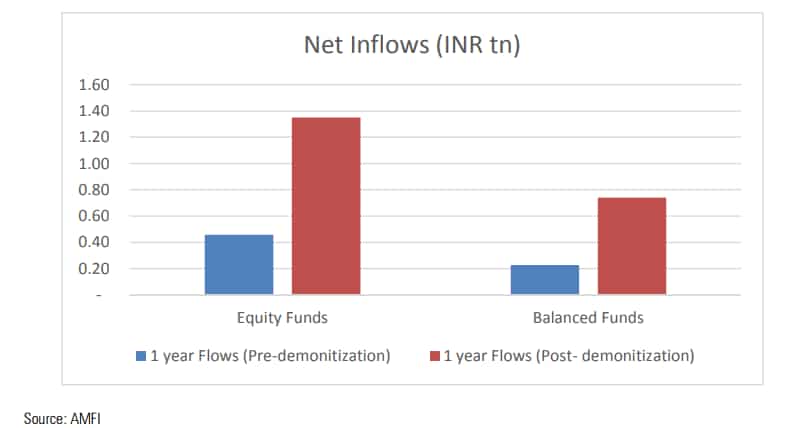 Another trend that was observed was of growing participation from retail investors. They now hold 48.5% of overall assets as on September 2017 - which is higher compared to their contribution of 45.4% in October 2016. 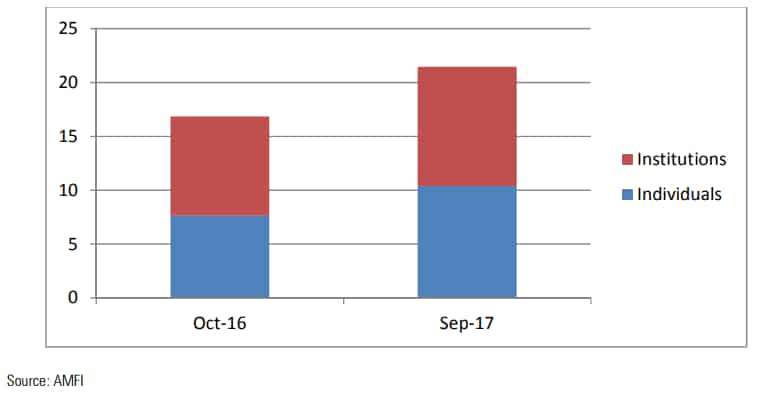 MorningStar added, "Individual investors have been fairly active over the last few years and increasingly so in the last one year. They have increased allocations to Mutual Funds as awareness around Mutual Fund investing increased as well as the relative un-attractiveness of traditional investment avenues like Real Estate and Gold. "

Most favored asset class for individual investors have been equities - which saw a 46% increase in AUM from them. Such has resulted a shift in asset allocation towards equities from 59.6% in October 2016 to 64.3% in September 2017.

He said that strong policy reforms along with positive momentum can push Sensex to 1,00,000 level in next 4-5 years.

Finance Minister Arun Jaitley on first anniversary of demonetisation - called it as watershed moment in the country’s economic history and stated that it has provided the next generation with a fair and honest system to live in.