The benchmark indices settled higher on Thursday on the back of gains in metal stocks as global aluminium prices soared, while the country’s biggest software services exporter, Tata Consultancy Services (TCS) rose ahead of its March quarter results. The Sensex ended at 34,427, up 95.61 points, while the broader Nifty50 ended at 10,565, up 39.10 points.

In the broader market, the BSE Midcap and BSE Smallcap indices gained 0.6 per cent each. Market breadth, indicating the overall health of the market, turned positive. On the BSE, 1,360 stocks rallied, 1,294 stocks declined, while 163 stocks remained unchanged.

The Nifty metal index jumped as much as 4.2 per cent as aluminium prices on the London Metal Exchange surged 5 percent to their highest in almost seven years on Thursday. Hindustan Copper (up 12 per cent) and Hindalco (up 9 per cent) contributed most to the index.

Vedanta share price, the Indian unit of diversified miner Vedanta Resources Plc, rose as much as 6.1 per cent to their highest since March 19, while National Aluminium Co gained 8.6 per cent to hit its highest in over three months.

Overseas, MSCI’s broadest index of Asia-Pacific shares outside Japan added 0.9 per cent, with energy up over 2.6 per cent.

Japan’s Nikkei faded late in the day to end up 0.15 per cent, but basic materials and utilities both climbed more than 2 per cent.

Industrial and commodities-focused stocks also led the pack in London, Paris, Frankfurt and Milan though the pan-regionally STOXX 600 was showing some signs of fatigue after a two-day rally had taken it to a six-week high.

The bullish sentiment in markets comes amid wider optimism about economic growth. E-Mini futures for the S&P 500 were pointing to a steady start in New York later.

Why metal stocks are rallying

Aluminium prices surged 5 per cent to highest in almost 7 years on Thursday; LME aluminium climbed as far as $2,664.50 a tonne, highest since August 2011. US sanctions on Rusal, alumina output curtailment at Alunorte refinery in Brazil should support higher aluminium prices in the near term; Hindalco to benefit, according to Jefferies.

Nifty Metal index rallied over 4 per cent and was the top sectoral gainer. Hindustan Copper, NALCO, Hindalco, Vedanta and JSW Steel contributed most to the gains, rallying in the range of 5 per cent to 14 per cent on the NSE.

TCS Q4 results 2018: Tata Consultancy Services, country's largest software services firm, is scheduled to report its March quarter results later in the day post market hours with the IT major expected to report over 1 per cent revenue growth in constant currency terms, while net profit may fall marginally due to a dip in other income. "Despite Retail turning around, overall revenue momentum during the quarter will be affected due to slow decision making amongst its top BFS clients," said brokerage Edelweiss Securities. It estimated TCS to post sequential revenue growth of 2.3 per cent in dollar terms and 1.1 per cent in constant currency (CC) terms.

From past 14 trading session Nifty is continuously moving towards North and in this up run index has reached near to its previous reversal area. Previous session was on the note of volatility and it has witnessed both side move. However, Nifty found its selling pressure near 10580 level which is immediate resistance and managed to close below that. So going forward, we need to see how nifty act around mentioned support and resistance level but as far as bias is concerned, Traders need to be cautious on higher side.

Oil prices on Thursday remained close to late 2014-highs reached in the previous session as U.S. crude inventories declined and as top exporter Saudi Arabia pushes for prices of $80 to $100 per barrel by continuing to withhold supplies.

The S&P 500 eked out a smallgain while the Dow declined after a volatile trading session onWednesday, with weakness in sectors such as consumer staples andfinancials offsetting strong gains in the energy and industrialindexes.

The benchmark indices pared all intraday gains to slip in red in late afternoon deals as pressure on the banking stocks pulled Sensex and Nifty lower. The indices snapped their nine-day gaining spree. The Sensex ended at 34,331, down 63.38 points, while the broader Nifty50 closed at 10,537, down 11.10 points. In the broader market, the BSE Midcap remained little changed, while BSE Smallcap shed 0.3 per cent. Market breadth, indicating the overall health of the market, turned negative. On the BSE, 1,512 stocks declined, 1,141 stocks gained, while 156 stocks remained unchanged.

Nifty PSU Bank (down 1 per cent) was the leading sectoral loser, followed by Nifty Bank (down 0.9 per cent). 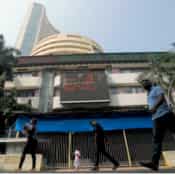 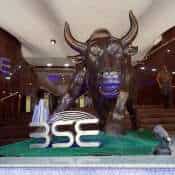 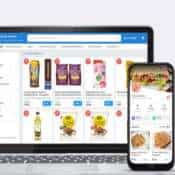 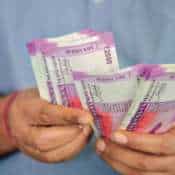 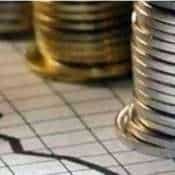 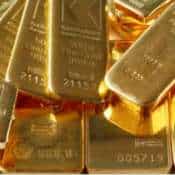