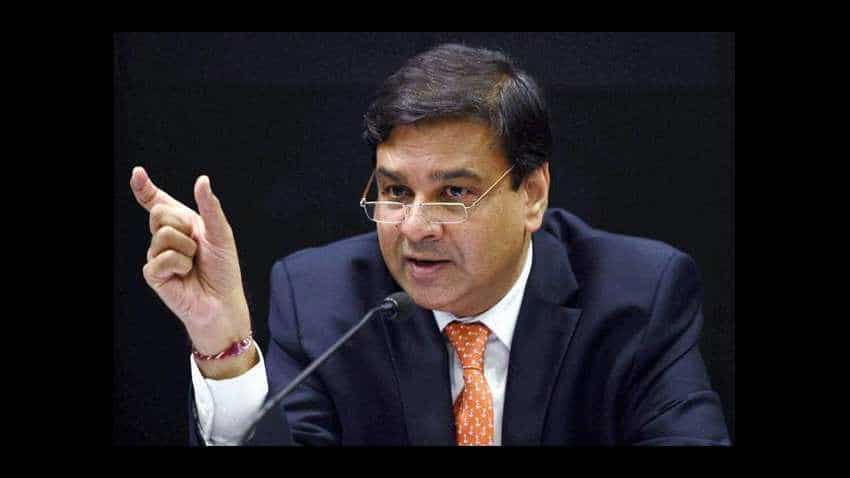 BSE Sensex plunged over 900 points after RBI announced it was sticking with the current repo rate of 6.50%, refusing to go with what was expected - a rate hike by 25 bps was on the cards. However, Governor Urjit Patel led RBI chose to stick with the status quo. Sensex fell as much as 905 points to 34,263 even as Nifty dropped under the 10,300 level.

The Reserve Bank of India today surprised experts and markets, by keeping repo rate unchanged at 6.50%. Consequently, the reverse repo rate under the LAF remains at 6.25%, and the marginal standing facility (MSF) rate and the Bank Rate at 6.75%.

Going forward, the inflation outlook is expected to be influenced by several factors, as per RBI.

First, food inflation has remained unusually benign, which imparts a downward bias to its trajectory in the second half of the year. Inflation in key food items such as pulses, edible oils, sugar, fruits and vegetables remains exceptionally soft at this juncture. The risk to food inflation from spatially and temporally uneven rainfall is also mitigated, as confirmed by the first advance estimates that have placed production of major kharif crops for 2018-19 higher than last year’s record. An estimate of the impact of an increase in minimum support prices (MSPs) announced in July has been factored in the baseline projections.

Secondly, the price of the Indian basket of crude oil has increased sharply, by US$ 13 a barrel, since the last resolution.

BSE Sensex plunged over 900 points after RBI announced it was sticking with the current repo rate of 6.50%, refusing to go with what was expected - a rate hike by 25 bps was on the cards. However, Governor Urjit Patel led RBI chose to stick with the status quo. Sensex fell as much as 905 points to 34,263 even as Nifty dropped under the 10,300 level.

Governor Patel has pulled off yet another surprise by sticking with the status quo today at the bi-monthly monetary policy review. According to the explanations provided, this decision of the Monetary Policy Committee (MPC) was based on on expectations of softening price rise. However, Patel has announced a change in RBI policy stance to "calibrated tightening", which was at "neutral" earlier. The resolution that was released stated, "The MPC reiterates its commitment to achieving the medium-term target for headline inflation of 4 per cent on a durable basis."

According to RBI, the April 2018 MPR had projected an acceleration in real gross domestic product (GDP) growth in 2018-19 on the back of: (a) the goods and services tax (GST) stabilising; (b) improving credit offtake; (c) likely boost to investment from primary market resource mobilisation; (d) the process of recapitalisation of public sector banks and resolution of distressed assets under the Insolvency and Bankruptcy Code (IBC); (e) buoyant global trade; and (f) the thrust to the rural and infrastructure sectors in the Union Budget 2018- 19.

BSE Sensex plunged over 600 points after RBI announced it was sticking with the current repo rate of 6.50%, refusing to go with what was expected - a rate hike by 25 bps was on the cards. However, Governor Urjit Patel led RBI chose to stick with the status quo. Sensex fell as much as 605 points to 34561.52 even as Nifty dropped under the 10,400 level.

The RBI Governor Urjit Patel-led monetary policy committee (MPC) on Friday maintained status quo setting aside all the speculation of the repo rate hike. It was expected that the RBI will hike the repo rate to combat inflationary pressures as it grapples with a weakening rupee, surging oil prices and market instability sparked by a major non-bank finance firm`s defaults.

A rate hike would have made domestic yields on debt more attractive for foreign investors and contain inflationary pressures from high crude prices as India imports more than two-thirds of its oil needs.

As usual, the Dalal Street continued for another bloodbath, as the benchmark Sensex and Nifty indexes traded on negative today ahead of RBI's bi-monthly monetary policy. Interestingly, it was the oil and gas sector which turned to be top losers, so much so, that few its major stocks even touched an all-time low, among which was largest oil distributor ONGC. The company has cracked a low of Rs 149.10 per piece resulting in overall decline of 15% on BSE. However, at around 1158 hours, the ONGC share price was trading at Rs  151.55 per piece low by Rs 23.25 which is 13.30%.

Reason can be attributed to a clarification sought by stock exchanges in regards to a media report saying, 'Government signs OALP-1 contracts with Vedanta, ONGC'. The reply is awaited from ONGC.

RBI governor Urjit Patel along with Monetary Policy Committee (MPC) will be announcing India's fourth bi-monthly monetary policy for fiscal year FY19. The MPC will provide policy stance, repo rate, CPI inflation outlook and its view on global economy and markets. The MPC members have been meeting for the last two days, and today they will be presenting their decision at around 14:30 hours. Majority of experts believe that once again RBI will hike policy repo rate, which is currently at 6.50%. The last time this policy repo rate was seen in April 2016 policy.

Vivek Ranjan Misra and Jayasree Ram, analysts at Karvy Stock Broking, said, "If the Reserve Bank wants to maintain a constant real policy (nominal –CPI) rate, it would need to deliver 2 to 3 rate hikes of 25 bps each. We expect another rate hike of 25 bps on 5th October, 2018 while not ruling out even a 50 bps increase.”

If RBI does hike rate in today's policy, this can turn out to be a negative factor for your EMIs on home, personal and vehicle loans.

Each lending and deposit rate decided by any bank has a direct relationship with policy repo rate. When banks borrow funds from the central bank during shortages, they end up paying a higher interest rate.

If there is a need of funds, then banks will begin by passing their repo rate burden on you by raising lending rates.

The Monetary Policy Committee (MPC) will meet today, for the Fourth Bi-monthly Monetary Policy Statement for 2018-19. The resolution of the MPC will be placed on the website at 2.30 pm today.

​Bank of Baroda says, “While yields fell because of reduction in government borrowing (Rs 200bn below est.) in H2 and OMOs of Rs 360bn for Oct’18, the macro backdrop suggests yields are likely to move higher than lower. With INR falling by 5.6% and oil up by 14% since last policy, we expect RBI to hike rate by 25bps on 5 Oct 2018.”

RBI Monetary Policy: India's twin challenges makes a case for rate hike; What will be our next policy repo rate?

A poll carried out by Zee Business reveals, that about 70% experts are hoping for a rate hike in today policy, while remaining 30% believe Patel may decide to keep a status quo.

The interaction will be held from 2.45 pm to 3.05 pm. The media conference will also be live webcast on www.rbi.org.in. Media outside Mumbai can join the media interaction through teleconference.

The documents will be available on the RBI website at 2.30 pm today.

According to Anindya Banerjee, Research Analysts at Kotak Securities said, "Today traders have the RBI meeting to consider. RBI is expected to raise repo by 25 bps and maintain a hawkish tone. RBI may announce more OMOs to meet demand for liquidity during the festive season. There could be some profit booking correction in USDINR pre and post announcement of rate hikes. However, short of any unexpected announcements, impact of RBI monetary policy remains limited. Apart from RBI, the next major event or data to watch will the US jobs data, where focus will be on wage growth. Wages may rise 0.4% once again in September, like in August, with headline job growth well over 200K. A robust data can be supportive for USD and negative for UST and EMFX. Nevertheless, a disappointment in headline job growth followed by subdued wage growth can trigger a sharp sell-off in USD against DMFX as well as EMFX."

Majority of them still believe a rate hike is on table in today’s monetary policy. A poll carried out by Zee Business revealed that 70% expect a rate hike of 25 basis point, while 30% favor a status quo and 0% hoping for 50 basis points hike.

Thereby, rate hike weighs heavy in experts opinions, however, one needs to put a question - is there any way or any reason that RBI may actually opt for a status quo. 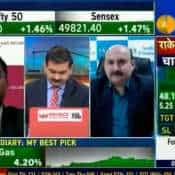 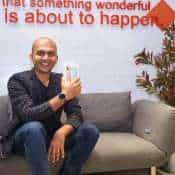 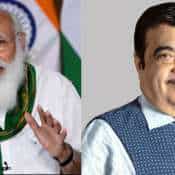 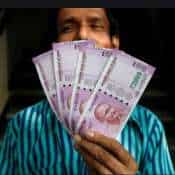 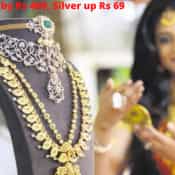