Economic Survey 2016-17 LIVE: GDP growth rate placed at 7.1 % as per the Advance Estimates by the CSO 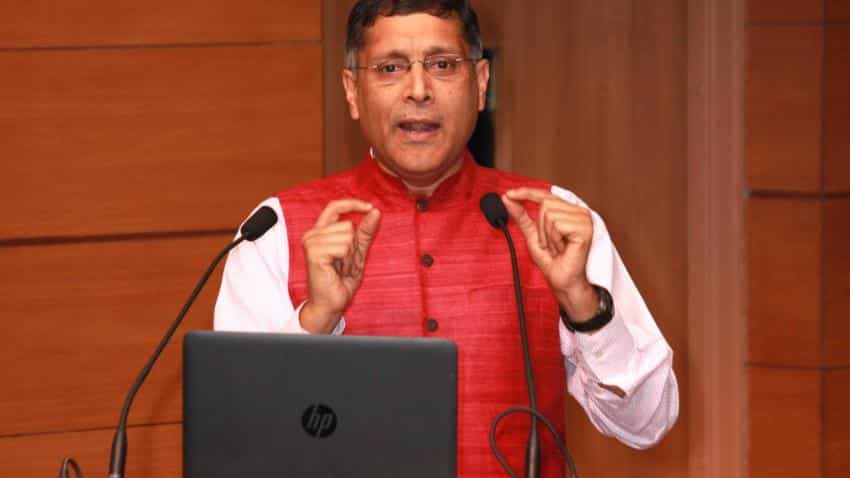 Live updates of Economic Survey 2016-17 which will be presented by Chief Economic Advisor Arvind Subramanian today at 1 pm.

India’s economic experience shows that the fiscal activism embraced by advanced economies- giving a greater role to counter-cyclical policies and attaching less weight to curbing debt- is not relevant for India. This observation was made in the Economic Survey 2016-17 presented by the Finance Minister Shri Arun Jaitley in the Parliament today. The Economic Survey has also stated that India’s fiscal experience has underscored the fundamental validity of the fiscal policy principles enshrined in the Fiscal Responsibility and Budget Management Act (FRBM) Act 2003.

Since the 2008-09 Global Financial Crisis (GFC), internationally fiscal policy has seen a paradigm shift from the emphasis on debts to deficits, arguing for greater activism in flows (deficits) and minimizing concerns about sustainability of the stocks (debt). But India’s experience has reaffirmed the need for rules to contain fiscal deficits, because of the proclivity to spend during booms and undertake stimulus during downturns. India’s experience has also highlighted the danger of relying on rapid growth rather than steady and gradual fiscal and primary balance adjustment to do the “heavy lifting” on debt reduction. In, short it has underscored the fundamental validity of the fiscal policy principles set out in the FRBM.

Even as the basic tenets of the FRBM remain valid, the operational framework designed in 2003 will need to be modified for the fiscal policy direction of India of today, and even more importantly the India of tomorrow. This setting out a new vision through an FRBM for the 21st century will be the task of the FRBM Review Committee.

Universal Basic Income a radical new idea; an idea whose time is right for deliberation, not necessarily for immediate implementation, CEA said.

EconomicSurvey suggests setting up of a centralized Public Sector Asset Rehabilition Agency, CEA said. Economic Survey presents the idea of #UniversalBasicIncome, as a conversation with and within the Mahatma, he added.

Pointing out the risk and challenges to outlook, CEA said:

CEA said that the balance sheets of banks and corporates are still challenged.

He exhorted the media to refrain from "misinterpreting and mischievously interpreting" GDP projections.

Giving warning, CEA said that it is "not appropriate"  to do a before-after analysis of GDP growth, with resp. to demonetisation. The correct way is to analyse impact in current year with and without demonetisation.

Talking about the deminetisation, CEA says that public debate on demonetisation has raise 3 issues:

CEA talks about the major achievements in the past one year. CEA says macroeconomic stability absolutely fundamental to anything the Government wants to do. We should never take this for granted.

The past year has had robust macroeconomic stability, says CEA Arvind Subramanian.

Economic Survey 2016-17 elaborates that as the fiscal challenges mount for the states because of the Pay Commission recommendations, and mounting payments from the UDAY bonds, there is a need to review how fiscal performance can be kept on track.

Greater reliance will need to be placed on incentivizing good fiscal performance, not least because states are gradually repaying their obligations to the Centre, removing its ability to impose a hard budget constraint on them says the Economic Survey. Above all, however, incentivizing good performance by the States will require the Centre to be an exemplar of sound fiscal management itself.

The deficit reduction owes much to favorable exogenous factors:

· An acceleration of nominal GDP growth (of 6 percentage points on average after 2005) helped boost States’ revenues by about 1 percent of GSDP;

·  Increased transfers from the centre of about 1 percent of GSDP both because of the 13th Finance Commission recommendations and the surge in central government revenues;

·  Reduced interest payments of about 0.9 percent of GSDP on account of the debt restructuring package offered by the Centre; and

·  Reduced need for spending by the States—estimated at about 1.2 percent of GDP--as the Centre took on a number of major social sector expenditures under the Centrally Sponsored Schemes (CSS). 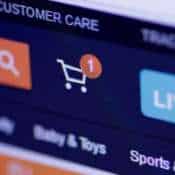 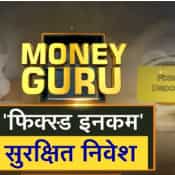 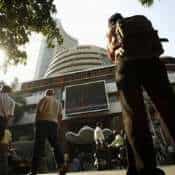 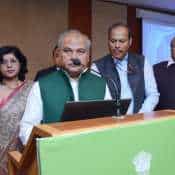