The process of stake sale will be completed by end of June-July as we have two sheets under negotiations and both parties were waiting for the fourth quarter results, says Punit Goenka, Managing Director and Chief Executive Officer, Zee Entertainment Enterprises, during an interview with Zee Business. 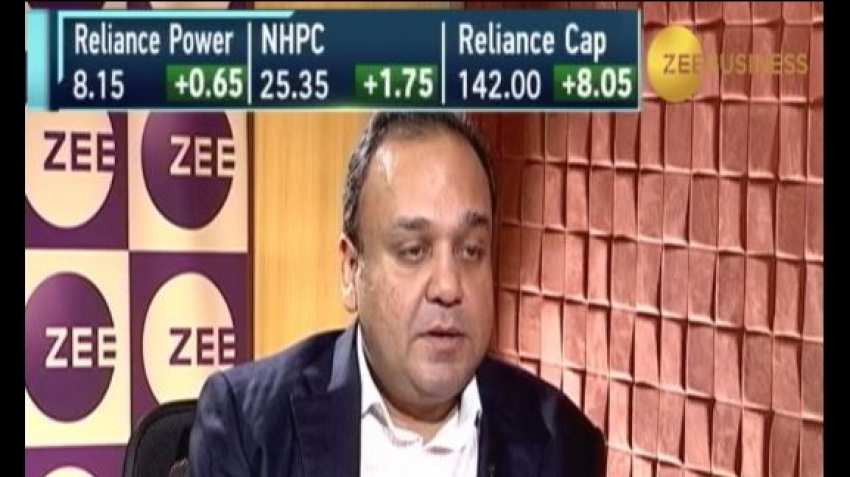 Goenka said our margin guidance for fiscal 2020 remains the same which is more than 30 per cent, and I expect that post-election results, the advertising revenue will pick up in the coming quarters. Image source: Zee Business

The process of stake sale will be completed by end of June-July as we have two sheets under negotiations and both parties were waiting for the fourth quarter results, says Punit Goenka, Managing Director and Chief Executive Officer, Zee Entertainment Enterprises. During an interview with Swati Khandelwal, Zee Business, Mr Goenka said our margin guidance for fiscal 2020 remains the same which is more than 30 per cent, and I expect that post-election results, the advertising revenue will pick up in the coming quarters. Excerpts:

Q: What helped you to post these numbers? Do you think that this growth pattern will remain intact in the future quarters as well?
A: Our pattern will be the same. Interestingly, our multiple businesses are firing and if I talk about the broadcasting business, which is the biggest vertical, then we have accelerated in the regional languages and have grown in movie cluster. When it comes to the digital presence then ZEE5 has performed well in the quarter as well as across the year. In addition, we also had a successful movie release in the quarter, Manikarnika: The Queen of Jhansi. All these have helped us to achieve the number that we have.

However, TRAI’s tariff order may create some problems for the short-term growth in the recent future, but our mid-to-long term trajectory in terms of subscription and advertising will remain far ahead of the industry.

Q: I think the TRAI’s tariff order is a problem for the entire industry and you think that that blip will come to an end in the next few months.
A: I think, at max, it will exist in the first quarter of the financial year 2020 at least for us but I can’t comment about the complete industry.

Q: What's the update on your stake sale in the company? By when can we expect something concrete on this?
A:  We have two term sheets under live negotiations and both parties are waiting for our fourth quarter results, the basis on which they will be taking the next steps of due diligence and discussions.

Q: Can we assume that the deal will consummate in the next few days or within a month?
A: It will be completed by the end of June-July.

Q: This means that you will not have to stay for the September 2019 timeline the limit has been provided to the lenders?
A: We are supposed to announce the deal by end of July 2019 and pay back the money by end of September 2019.

Q: Post this deal, what will be the situation of the company?
A: I can’t disclose much about it because the negotiations are on with both the parties and that too on different terms. But, I can say that this sale will help us in repaying our entire loan against shares and every lender will get back their money. Despite this, the promoters will have some stakes in the company.

Q: You have maintained the number position in the television entertainment network across the year. How you will maintain and continue with it? Secondly, how will you work on the margins to increase the profitability of the company as well as the group?
A: Our margin guidance remains the same in fiscal 2020, which is more than 30 per cent. If you have a look at the entire year’s margin than we have delivered above 32 per cent. We have ample room under the margins to stick to the guidance that we had given. Apart from this, we are expanding our business in almost every sector. When it comes to broadcast business, then we will be launching three new channels, one each in Kannada, Tamil and Punjabi. As far as ZEE5 is concerned, we will have a great focus on original content.

Q: What is your outlook on advertisement revenue, which is the core of the business?
A: I am quite hopeful - post-election results -  the consumption story will go up and it will benefit the industry. I think it will bring a low double-digit growth in the industry and for the company, our endeavour will always be to beat that going forward as well.