YouTube steps up takedowns as concerns about kids' videos grow 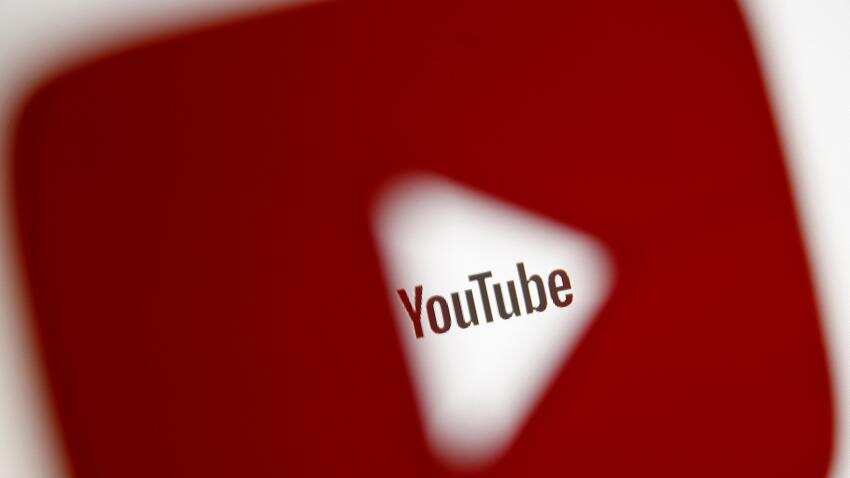 A 3D-printed YouTube icon is seen in front of a displayed YouTube logo in this illustration. Image Source: Reuters
RELATED NEWS

Earning lakhs from social media: This YouTuber tells you how to make money from Facebook, Instagram and other platforms

YouTube stepped up enforcement of its guidelines for videos aimed at children, the unit of Alphabet Inc`s

The streaming video service removed more than 50 user channels in the last week and stopped running ads on over 3.5 million videos since June, YouTube vice president Johanna Wright wrote in a blog post.

"Across the board we have scaled up resources to ensure that thousands of people are working around the clock to monitor, review and make the right decisions across our ads and content policies," Wright said. "These latest enforcement changes will take shape over the weeks and months ahead as we work to tackle this evolving challenge."

YouTube has become one of Google`s fastest-growing operations in terms of sales by simplifying the process of distributing video online but putting in place few limits on content.

Parents, regulators, advertisers and law enforcement have become increasingly concerned about the open nature of the service. They have contended that Google must do more to banish and restrict access to inappropriate videos, whether it be propaganda from religious extremists and Russia or comedy skits that appear to show children being forcibly drowned.

Concerns about children`s videos gained new force in the last two weeks after reports in BuzzFeed and the New York Times and an online essay by British writer James Bridle pointed out questionable clips.

A forum on the Reddit internet platform dubbed ElsaGate, based on the Walt Disney Co

Common Sense Media, an organisation that monitors children`s content online, did not immediately respond to a request to comment about YouTube`s announcement.

YouTube`s Wright cited "a growing trend around content on YouTube that attempts to pass as family-friendly, but is clearly not" for the new efforts "to remove them from YouTube."

The company relies on review requests from users, a panel of experts and an automated computer programme to help its moderators identify material possibly worth removing.

Moderators now are instructed to delete videos "featuring minors that may be endangering a child, even if that was not the uploader’s intent," Wright said. Videos with popular characters "but containing mature themes or adult humor" will be restricted to adults, she said.

In addition, commenting functionality will be disabled on any videos where comments refer to children in a "sexual or predatory" manner.
(Reporting by Paresh Dave; editing by Clive McKeef)

Earning lakhs from social media: This YouTuber tells you how to make money from Facebook, Instagram and other platforms

Realme's 1st laptop 'Book' to launch in India SOON: Here's all you need to know