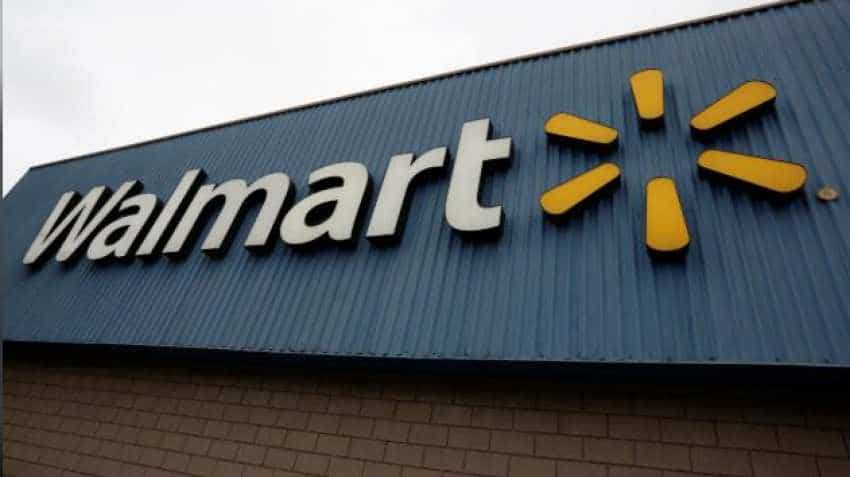 Jeff Leonard slides behind the wheel of his burgundy Hyundai Accord and heads to a nearby Walmart Inc store, where he picks up the package of groceries waiting for him.

Roughly an hour later, the 62-year-old delivers vegetables, flavored water and cleaning supplies to a shopper`s front door. It is one of nearly 100 such Walmart deliveries for Leonard since July, when he first signed up to courier for the world`s largest retailer.

But he does not wear a uniform or collect a traditional paycheck. He is not on Walmart`s staff.

Leonard is one of hundreds of local independent drivers for DoorDash, the San Francisco-based online delivery service that Walmart uses to handle same-day delivery of groceries to shoppers` homes outside of Atlanta.

Leonard and his cohort of some 16.5 million American "gig" workers - people who currently work in contingent jobs or as on call workers - come at a lower cost for Walmart than full-time employees, according to interviews with drivers, delivery companies and Walmart documents reviewed by Reuters. But they lack loyalty when there are better paying deliveries out there, adding risk to Walmart`s latest attempt to win more online grocery customers.

"This affords me the ability to make my own hours," said Leonard, who pays for his own fuel, car insurance and gets no health insurance, retirement plan or other employee benefits. He and other gig drivers in the area collect $7 to $10 per Walmart delivery. Walmart has deemed $11 an hour as minimum wage for its own employees.

The world`s largest retailer began bolstering its partnerships with third-party courier firms to reach consumers in 100 U.S. cities last year to better compete with Amazon.com Inc. The move came as it ended initiatives to use Uber and

Lyft drivers, and struggled with using Walmart`s own employees, to deliver packages.

Walmart told Reuters it benefits from the speed as well as the driver contacts of its seven partner firms, such as DoorDash.

The move allows same-day grocery delivery to 40 percent of households across the United States, without the burden of hiring employees.

The retailer is able to keep costs down by negotiating pre-determined delivery rates with the firms, namely by breaking down delivery costs by zones in cities, according to three sources with direct knowledge of the situation, who spoke to Reuters on condition of anonymity.

The amount that drivers are paid is determined largely by the distance from a store to the shopper`s home or location. For example, for all deliveries within 5 miles of the pick-up point, the retailer agrees to pay a certain amount. It works similarly for distances of 10 or 15 miles from the store as the pick-up point.

"That (payment) gets defined ahead of time and that is fixed," said a source, referring to the company`s agreement with Walmart. The retailer, the source said, then charges the customer a delivery fee.

Walmart spokeswoman Molly Blakeman said speed is a big factor in Walmart`s reliance on the delivery companies, who have existing contracts with drivers and technology to dispatch them on demand. "To develop that on our own in each market would take us much longer to roll out," she said.

Walmart`s partnership approach to grocery delivery is in contrast to Amazon Flex, which taps freelance drivers directly as needed, and pays them $18 or more per hour. Amazon is also launching its own branded delivery service for Amazon packages, providing couriers with access to leased Mercedes delivery vans and discounted insurance. Amazon did not respond to request for comment.

By working with partners who hire out drivers "on demand" as contractors who can then also earn money from other outlets, Walmart is also able to lower liability risk from labor-related driver lawsuits, which are growing in number around the United States.

Walmart`s Blakeman said the drivers are paid by the delivery, not by the hour, and the all-in average delivery time is 35 minutes. The delivery companies then make decisions about payments to drivers and how they are distributed, she said.

In Georgia and Ohio where these drivers deliver for Walmart as well as local restaurants, Reuters found nearly two dozen drivers take in compensation of less than $11 an hour when they made deliveries for Walmart. And some took in less than the federal minimum wage of $7.25 an hour. All but one of the 22 deliveries, Reuters tracked, took over an hour to finish.

In a statement, DoorDash Chief Operating Officer Christopher Payne said a majority of drivers earn over $11 an hour while completing Walmart deliveries and a significant portion of the drivers earn over $15 an hour. Reuters was not independently able to verify the higher end of the hourly pay scale.

Walmart partner Deliv paid drivers by the hour, sources said. Reuters reported earlier this week that Deliv, one of Walmart`s partners in Miami and San Jose, ended the relationship altogether.

LACKING LOYALTY
The risk to Walmart`s new strategy is driver loyalty. None of the drivers in Georgia and Ohio Reuters interviewed said they would commit to handling Walmart deliveries over more lucrative gigs from local restaurants, especially during busy hours.

A source with direct knowledge of why the relationship between Walmart and Deliv ended, said delivering large orders over long distances was a hurdle to the tie-up. Walmart charges $7.99 to $9.99 delivery fee on a minimum order size of $30 for online grocery orders, and customers willing to pay for same-day delivery often do not live close to a Walmart store, the person said.

"To get drivers to agree to $7 or so to drive 15 miles to deliver 40 items was a big problem. Most drivers were like, `We don`t want to do Walmart anymore,`" one of the sources said. According to Spend Management Experts, Walmart would have to spend at least $141.76 per employee, per day if it hired them to make deliveries for 8 hours at $11 an hour in Atlanta.

The cost analysis, which the firm performed on behalf of Reuters in December, includes what Walmart would pay for fuel, car insurance and car maintenance. But it excludes the cost of employee benefits.

Leonard, the driver here in Alpharetta, said getting a guaranteed minimum wage from delivery companies for the hours he logs would be a big help.
"But they don`t, and that`s the nature of the beast," Leonard said.