Ajay Singh, who is here to participate in the World Economic Forum Annual Meeting, said the country is emerging as "aviation power", as the Indian aviation sector is the fastest growing in the world with a growth rate of 20 per cent a year. 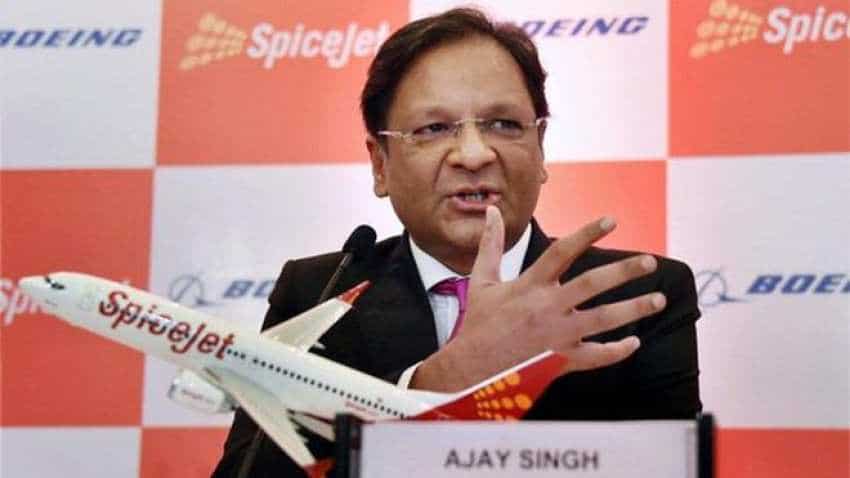 Confident of Indian aviation sector continuing its world-beating growth rate, SpiceJet chief Ajay Singh has said it's high time for the country to become a major global hub for connecting flights and its airlines to be leading international players. Singh, who is here to participate in the World Economic Forum Annual Meeting, said the country is emerging as "aviation power", as the Indian aviation sector is the fastest growing in the world with a growth rate of 20 per cent a year.

But despite this 20 per cent growth, we have only 3-3.5 per cent of population flying, so clearly there is a great potential to grow further, said the SpiceJet chairman and managing director.

"Certainly, there are challenges also, such as infrastructure challenges, but the government is putting a lot of efforts for building new airports. Then the Udan scheme is connecting smaller cities which were never on the avitation sector map. In the past 75 years, just 75 airports were connected in another 3-4 years another 70-75 airports would (have) come on line," Singh told PTI in an interview.

Asked about the challenges, he said costs are high and that's the biggest problem.

"Aviation turbine fuel costs are high, airport costs are on higher side and airfares tend to be lower than the global averages. But these are the issues that would get resolved in a few years," he said and added that some of the problems are "problems of plenty". ....." Some infrastructure shortages have also been because of the phenomenal growth we have seen," he said.

He said there is a tremendous opportunity for India to become a major global hub to rival places like Dubai and Abu Dhabi and all such places. "We have our own inherent massive volume of people who want to fly, we have an ideal strategic location geographically to connect Europe and Far East Asia.

"We should be an ideal hub. We should be a huge provider of trained manpower for aviation in terms of engineers and pilots and even cabin crew as we Indians have a traditional service mentality. We can be a huge exporter of services as well, in terms of maintenance, repair and overhaul (MRO) services and other things," he said.

"So, India is certainly an aviation power. There is no question about that," he added.

"With better policies, there is no reason on earth, why our traffic should be making these Mid-East or Far-Eastern airlines the global airlines and why we should we be only supporting and strengthening their airlines and their hubs. Ultimately, Indians would have to create global airlines and global hubs. I am sure we will get there eventually," he said.