Want to own this great business of the future? Modi govt set to create new class of small entrepreneurs

The government has circulated the EV charging policy, seeking comments and suggestions from different departments and ministries. Power and New & Renewable Energy minister R K Singh when asked whether individuals would be able to use the facility on a commercial basis, said, “Absolutely you don’t need a license”. 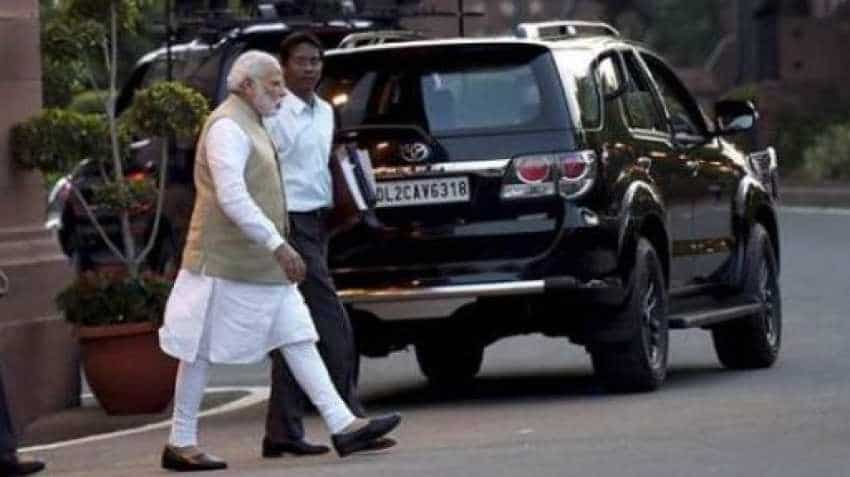 A Mumbai-based analyst said that the new policy is likely to give a push to the EV industry. Image source: PTI
Written By: Shahkar Abidi
RELATED NEWS

In order to push the development of electric vehicle (EV) charging stations in every nook and corner of the country, the government is considering allowing individuals to own such charging stations. This is reminiscent of the situation in the US in 1910, where individual fuel suppliers along the highways first fuelled growth in car sales among the masses.

Observers and experts tracking the industry are of the opinion that the move will create a new class of small entrepreneurs in the country as it did in the US over 100 years back when individuals bought gas from a wholesaler and supplied it along the highways.

The government has circulated the EV charging policy, seeking comments and suggestions from different departments and ministries. Power and New & Renewable Energy minister R K Singh when asked whether individuals would be able to use the facility on a commercial basis, said, “Absolutely you don’t need a license”.

However, sources said that the individual would have to adhere to conditions set up by the ministry and regulator, including having a cap on the tariff that can be charged from the customer. At present, the regulatory norms prescribe compulsory license to supply electric, and therefore an amendment has been a necessity in this regard, industry insiders said.

A Mumbai-based analyst said that the new policy is likely to give a push to the EV industry, as a charging station is being planned every 3 km, though initially, it will start in bigger cities along the national and state highways. The industry is still awaiting the declaration of the Faster Adoption and Manufacture of (Hybrid and) Electric Vehicles (FAME-2) scheme which is expected to be announced in April. FAME-2 is the second phase of the incentive scheme being provided to the consumers of electric vehicles in India. The first phase, which is called FAME-1, was introduced in 2015 and offered incentives to hybrid and electricity vehicles of up to Rs 29,000 for two-wheelers and Rs 1.38 lakh for cars. The new scheme will have the financial support of around Rs 5,500 crore and is expected to last for around five years.

Sridhar V, partner, Grant Thornton India LLP, said that moving towards a significant coverage of electric vehicles in a short period of time is a serious challenge and one of those challenges is with regards to charging infrastructure.

“While the proposal to allow individuals to set up charging stations is a welcome move, it remains to be seen how the government would facilitate it through its clear-cut policy measures including on pricing, distribution mechanism, subsidies, approvals etc” added Sridhar.

A recent Icra report claimed that the battery cost of an electric vehicle, accounting for almost one-third of the total cost, will remain a key determinant in the rate of acceptance of EVs globally. In a significant development, the cost of lithium-ion EV battery has fallen to almost one-fourth to $208/Kwh in 2017 from $800/kwh in 2011.

According to industry experts, the electric vehicle industry is at a nascent stage in India. It is less than 1% of the total vehicle sales and has the potential to grow over 5% in next few years. At present, there are more than 4 lakh electric two-wheelers and a few thousand electric cars plying on Indian roads.

Industry volumes have been fluctuating, mostly depending on the incentives offered by the government, added experts. Further, more than 95% electric vehicles are low-speed electric scooters (less than 25km/hr) that do not require registration and licenses.

Almost all electric scooters run on lead batteries to keep the prices low. However, battery failures and low life of batteries have become major limiting factors for sales.

This story first appeared in DNA Money: You may get to own EV stations