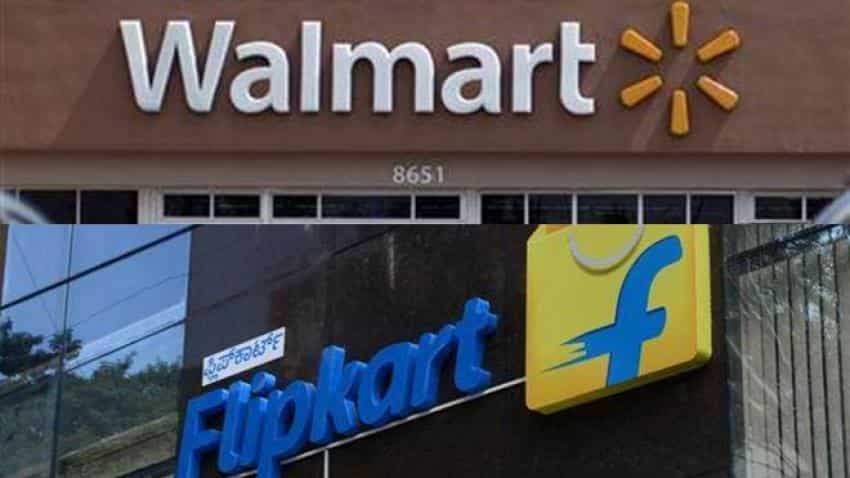 Top executives of Walmart India and Flipkart today met fair trade regulator CCI to explain their activities in the country, days after submitting an application seeking approval for their USD 16-billion mega merger deal. While there was no official word on the meeting, sources said it was a "courtesy call" by the executives of the two companies during which they also apprised the regulatory authority of Walmart's global sourcing from India, including from the farmers, and its work towards kirana stores and supplier development programmes.

In their meeting with CCI member Sudhir Mittal, the officials of the two companies briefly explained about their individual businesses, development programmes and other activities.

The meeting comes days after Walmart approached the Competition Commission of India (CCI) for approval of its proposed acquisition of a majority stake in e-commerce major Flipkart. In their application filed last week, the two companies have said the acquisition, proposed through Walmart International Holdings, deal doesn't raise any competition concerns.

Mergers and acquisitions beyond a certain threshold require the approval of the CCI.

In their plea, Walmart has told the regulator that Flipkart is a Singapore-based investment holding firm, which along with its direct and indirect subsidiaries, both in India and elsewhere, is primarily engaged in the business of wholesale cash and carry of goods and providing marketplace based e-commerce platforms to facilitate trade between customers and sellers in India.

According to the notice submitted to the CCI by Wal-Mart International Holdings, the proposed transaction will be effected pursuant to the share purchase agreement and the share issuance and acquisition agreement entered into on May 9 by and among Walmart's subsidiary and Flipkart.

Retailers have joined hands to approach CCI against USD 16 billion Walmart-Flipkart deal as they apprehend that it would lead to massive job loss and be a "nightmare for retail trade" of the country.

Earlier this week, traders body CAIT also said it will approach the CCI to file objections on the proposed Walmart-Flipkart deal, claiming that the agreement would lead to an uneven playing field and massive job losses.

On the other hand, an online sellers industry body has already moved the CCI against Flipkart India Pvt Ltd, a wholesale company, for allegedly abusing its dominant position on Flipkart's online marketplace.

Walmart seeks to acquire 77 per cent stake in the homegrown e-commerce firm with a buyout of USD 16 billion.

Opposing the deal, the Confederation of All India Traders (CAIT) has also written to Commerce Minister Suresh Prabhu, seeking to know the steps being taken by the government to scrutinise the deal.